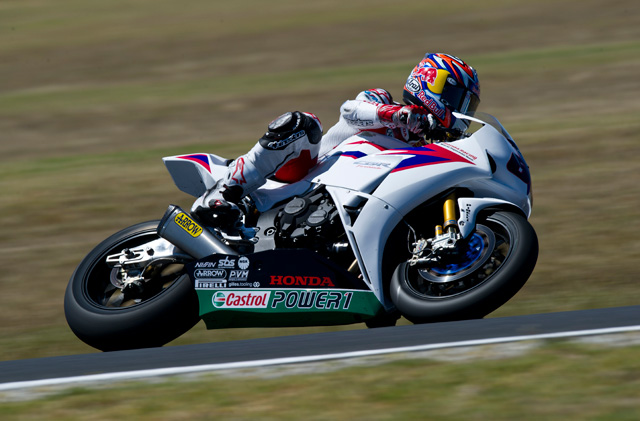 After a month-long break since the opening round at Phillip Island in Australia, the 2012 World Superbike Championship returns to action this weekend (31 March ‰ÛÒ 1 April) for round two at Italy's historic Autodromo Enzo e Dino Ferrari in Imola.

Rea's victory in race one last season marked a spectacular return after a three-month layoff through a wrist injury sustained at Misano. His win also represented the debut of the team's ride-by-wire throttle management system for its Honda CBR1000RR Fireblades.

After finishing seventh and fourth in last month's opening races, Rea will be hoping to get back to podium ways this weekend at Imola to give his 2012 championship a boost.

I can't tell you how excited I am at the prospect of riding my bike again this weekend. It seems like a lifetime since the opening round in Phillip Island so I'm raring to go again at Imola." said Rea

"I love racing in Italy ‰ÛÒ the food, the culture, everything about it is special ‰ÛÒ and Imola has some pretty special memories for me, especially winning last year after a long injury lay-off. That was the first time we rolled out on the ride-by-wire system last year and we've done a lot of work on it since then, so it'll be really interesting to benchmark where we are against our performance last season." he continued

"I've been doing a lot of thinking and a lot of research since Phillip Island and I'm looking forward to putting what I've learned into practice this weekend." the British rider concluded. 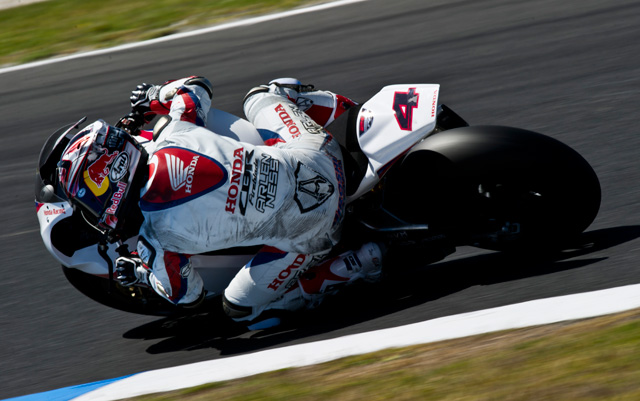 Hiroshi Aoyama will is coming to grips with the WSBK championship - Photo Credit:Honda World Superbike team.
For Aoyama, Imola represents the first of seven new circuits that the 30-year-old Japanese ace must learn in his debut WSBK season. After a steady build-up to qualifying in Australia, Aoyama showed his true racing spirit by taking two solid top-ten finishes after starting from 16th place on the Phillip Island grid.

"Of course, Imola is a new circuit for me but I am looking forward to riding there very much. I have looked at a lot of videos from Formula 1 and World Superbike races and I can see a lot of very fast corners." said Aoyama.

"It looks like a great track to ride on and with all its history it will be a very special weekend for me. I learned a lot about the championship in the first round at Phillip Island and I know now that the gap from the front is not so great and a small improvement can give you a big jump forward." he explained.

I still have a lot to learn with the bike and the tyres, but the team was working very well at Phillip Island and we made some good progress. I hope to continue that at Imola this weekend." concluded Aoyama

Team manager Ronald ten Kate is looking forward to the teams return to Imola after last season‰Ûªs success, however he understands it is just another round and the team will take nothing for granted heading into this weekend.

"Imola brought us a breakthrough last year with Jonathan's return from injury and a new electronics package enabling us to fight once more for wins and podiums, so, of course, it holds special memories for us and we're happy to be back again so soon. said Kate"

"On the other hand, it's another circuit and another race weekend, and it would be foolish to rely on past results, so we'll take nothing for granted. It's been a long break since the first round at Phillip Island where I believe we probably made too many changes to the bike and lost our rhythm a little. We'll slow down a little and develop our race craft this weekend to try and get the results that we all want." he continued before concluding by saying.

"Of course, it's Hiroshi-san's first visit to Imola but we know that he's been studying a lot of old footage. We'll aim to combine that with some of Jonathan's data to start the ball rolling on Friday and try to have him near the front in time for Sunday's races."