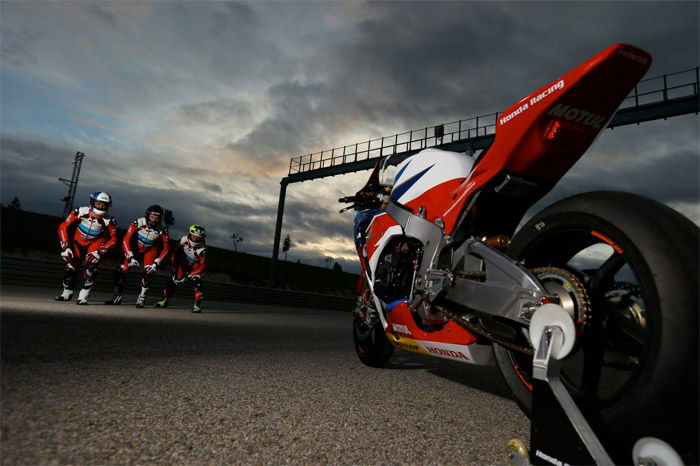 The Honda Endurance Racing team is fired up and ready to head to Le Castellet in France next week for 24 hours of non-stop racing action at the 80th edition of the Bol d‰ÛªOr (17-18 September).

The event also kicks off the 2017 FIM Endurance World Championship (EWC) as the series is launched in its new winter series format.

Endurance specialists Freddy Foray, Julien Da Costa and SÌ©bastien Gimbert will remain with the Honda team for their fourth consecutive season in a bid to become the next Endurance World Champions, aboard the Honda CBR1000RR Fireblade SP.

It‰Ûªs been a mixed year for the Honda team; in Le Mans disaster struck at the 24 Heures Motos after a technical problem dashed their podium chance, however a podium in Portugal and two-strong finishes in Suzuka and Oschersleben saw them wrap up the season fourth in the overall championship.

"The 2016 FIM Endurance World Championship season has only just finished but we are now ready for the start of the new season, which kicks off next weekend with the Bol d'Or." Jonny Twelvetrees, Assistant team manager said. "I'm delighted that our three riders have re-signed with us for 2017, they have been part of the team since 2014 and to continue the endurance journey with them is great.

"They work really well together and the team know them well and know what needs to be done for us to win the 2017 championship. It's also great to have Steve onboard with us, he brings with him vast amounts of experience from road racing through to circuit racing and he impressed us all at Oschersleben, so we're looking forward to welcoming him properly.

"I'm really looking forward to the race, we had a great pre-Bol test to get dialed in and I am sure we can make further improvements. We have not had the best of luck historically at the Bol d'Or, but we have learnt a lot this season and we have crucial data that the team have been looking into, so both the Fireblade and team are ready and I'm sure Freddy, Julien and SÌ©bastien will push hard, as they always do, so we can be fighting at the front."

The Endurance World Championship has a fresh new feel with the updated calendar structure for 2017 and sees the Bol d‰ÛªOr kicking off proceedings. It‰Ûªs an important change for Honda Endurance Racing and will require a strong performance as a huge points haul can be collected from a 24-hour race.

Previous years have seen the championship start in April and finish in September with four rounds, but the new layout will see the series start in September at the Bol d‰ÛªOr and finish in July with the Suzuka 8 Hours. The FIM are planning six rounds in total across Europe and Asia.

The team also welcomes Steve Mercer to the squad as its reserve rider at the Bol d‰ÛªOr. Mercer brings a host of experience with him having raced at the Isle of Man TT and also in the British Superbike Championship. Last year the 34 year-old took part in EWC with the Jackson Racing Honda supported team in the Superstock class.

Undoubtedly the goal for the season is to secure the 2017 EWC title, but for now the entire team‰Ûªs focus is on the Bol d‰ÛªOr and the 24-hour battle that lies ahead.

Qualifying for the Bol d‰ÛªOr takes place on Thursday and Friday, with the race starting at 1500 (GMT +1) on Saturday 17 September. For all the latest news on the team in real time follow @HondaRacingCBR on Twitter.