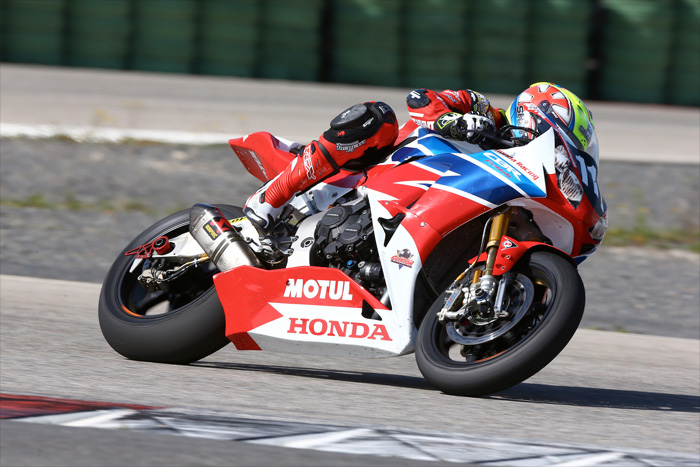 This two-day test at Le Castellet was the team‰Ûªs first time riding at the Paul Ricard circuit. Honda Endurance Racing was able to collect a lot of new data that will be used in order to improve the bike‰Ûªs setup on this circuit before the next pre-Bol d‰ÛªOr test in early September.

The team was blessed with sunny and warm weather during the two testing days, allowing them to work in close conjunction with Dunlop on the tyre selection and to pursue their race strategy on fuel consumption with the Honda CBR1000RR Fireblade SP.

"For Honda Endurance Racing, these two days were very positive, we were discovering this track for the first time so the team was starting from scratch." Honda Endurance Racings Steven Casaer commented. "We were able to test everything that we had planned to test and even a bit more; we were then able to find a few parts that we reworked on and optimised on the bike.

"During the pre-season test we found that our strong point was on fuel consumption, and this was confirmed in Le Mans, so we also made the most of this test to continue developing our race strategy for the championship.

In addition to this test and as an extension of the team‰Ûªs testing strategy for 2015, Honda Endurance Racing is currently looking into the possibility of taking part to the 24 Hours of Catalunya at the Circuit de Barcelona on 11-12 July.

This race is not included in the Endurance World Championship calendar, but would provide the team with the great opportunity of more valuable track time in the conditions of a 24-hour race. The Circuit de Barcelona is a track where the forecast is usually very warm and would help the team to acclimatise to the heat they will likely experience in Suzuka.