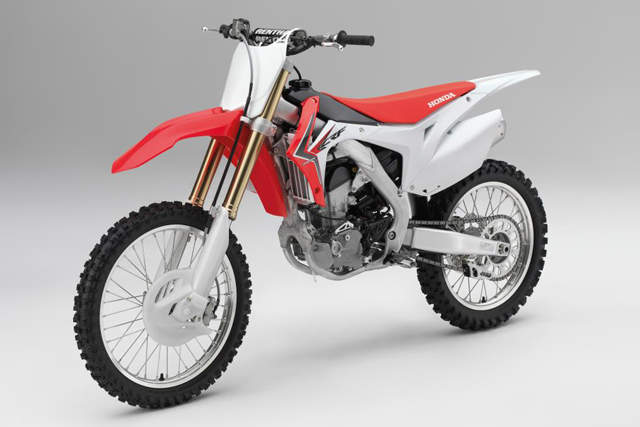 When Honda's 2014 motocross models race into town they will impress riders not only with their championship-winning credentials, but also with their hotter than hot Ready to Ride‰гў prices.

Honda's Ready to Ride‰гў pricing is inclusive of the Manufacturers List Price, pre-delivery and freight to dealer charges, ensuring that customers will know exactly what they need to be competitive in the dirt in 2014.

A new aluminium beam frame is at the heart of the 2014 CRF250R's transformation which, with its low centre of gravity and reduced turning inertia helps improve the already stunning handling abilities over the ground and also in the air.

The CRF250R's 249cc engine has received a multitude of upgrades from HRC's development engineers for 2014 including major work on the Programmed Fuel Injection, gas flow through the cylinder head as well as intake and exhaust efficiency. 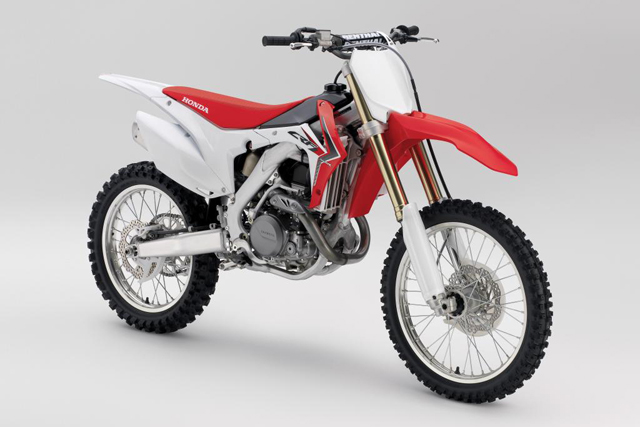 2014 Honda CRF450R
Honda's CRF450R, which enjoyed major advancements in 2013, will boast an even more competitive edge in 2014 thanks to modifications to the engine and updates to the suspension. Its powerful 449cc single-cylinder engine delivers improved bottom-end torque thanks to new dual fuel-injection timing and updated twin rear silencers.

With crisp styling in line with Honda's racing lineage, the 2014 CRF450R and CRF250R's bodywork maintains the triangular proportions synonymous with Honda's CRF family.

See your Honda Dealer today and be a championship motocross rider in 2014. Dealer Locator: 1 300 1 HONDA www.hondamotorcycles.com.au