Holeshot Kawasaki back BCperformance and Ben Burke at Hidden Valley 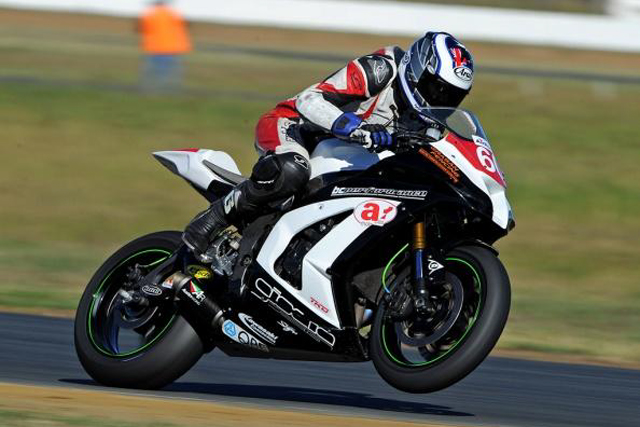 Darwin Kawasaki dealer Holeshot Kawasaki have jumped on board to provide extra backing for the BCperformance by Bikesconnect team and rider Ben Burke for the 6th round of the ASBK Prostock championship at Hidden Valley.

Burke goes to Hidden Valley with a confidence boost after a good run of results in the 2013 Australian Prostock Championship and has pushed himself up to 4th in the Championship standings with two rounds to go.

Even though he missed the first round at Phillip Island in February due to a winter training incident Burke has made an impressive start to his first year on a litre capacity bike and is looking forward to the challenging nature of the hot and humid circuit.

The added backing from Darwin‰Ûªs only Kawasaki dealer helps the team compete at the Northern Territory‰Ûªs only ASBK championship race meeting which is set to be the biggest yet with huge crowds expected after the Australian Supercross Championship was added to the event programme for the first time.

Holeshot Kawasaki is situated just 10 minutes from the circuit in the neighbouring suburb of Winnellie.

‰ÛÏIt is great that Holeshot Kawasaki could come on-board as a sponsor for the Hidden Valley race meeting, along with our other sponsors the added support makes the round easier to compete in and I would like to give a big thanks to Nathan form Holeshot Kawasaki for the help," said a thankful Reilly.

Team rider Joel Hughes is still on the sidelines due to injury and Burke will again be partnered by team sponsor Patrick Lee, who will be riding Hidden Valley for the first time.

To follow BC Performance by Bikesconnect race team go to over the course of the weekend head to www.bcperformance.com.au or www.facebook.com/bikesconnect/

Top Image: Ben Burke and his team will have added support this weekend at Hidden Valley thanks to Holeshot Kawasaki
Credit: Supplied