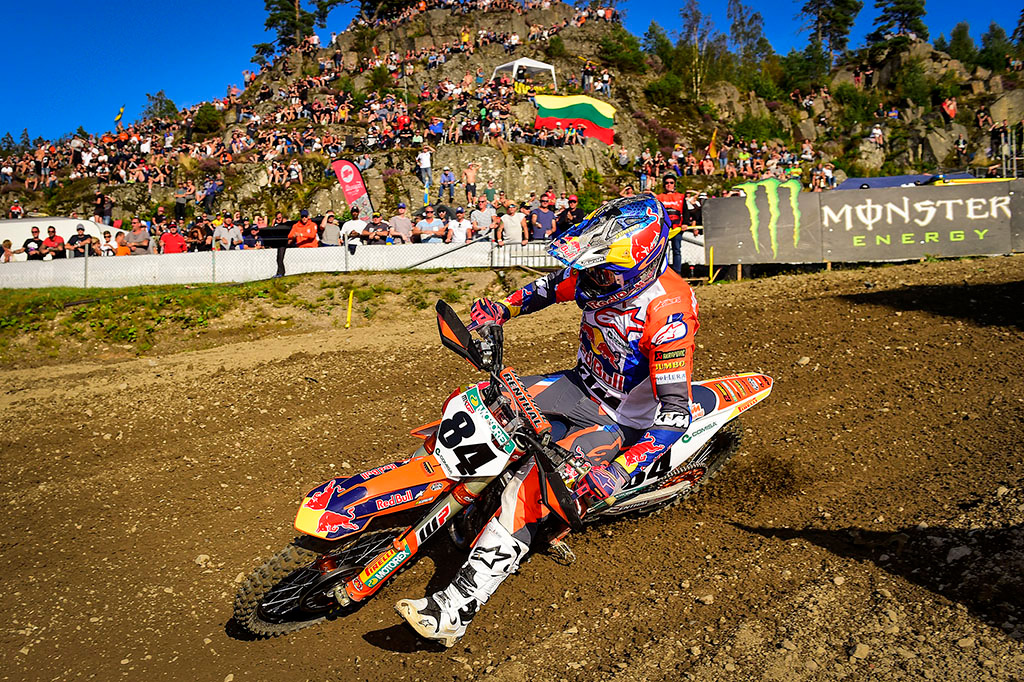 Jeffrey Herlings made the perfect start to his MXGP return taking pole for tomorrow's MXGP of Sweden
Round 16 of the FIM Motocross World Championship faced the Qualification day at the long time Motocross GP circuit of Uddevalla where, under a warm sunshine and in front of thousands of Swedish fans with Jeffrey Herlings and Jorge Prato taking the qualification race wins.

Around the undulating circuit of Uddevalla, Herlings, the 2018 MXGP champion showed why many call him the fastest man on the planet, with a near perfect performance. Herlings won ahead of fellow Dutchman Standing Construct's Glenn Coldenhoff and 2019 MXGP World Champion Team HRC's Tim Gajser.


When the MXGP gate dropped Herlings quickly got into the lead after starting around fourth, but a sweeping move in the first corner put him ahead of his countryman Coldenhoff, followed by Monster Energy Yamaha Factory MXGP team‰Ûªs Romain Febvre, Gajser and Pauls Jonass who was in fifth. After two laps the lead was more than two seconds, as the top five remained the same.

The lead got to six seconds on lap four, but then Coldenhoff and Febvre started closing up on the leader. On the fifth lap Coldenhoff was all over Herlings but Herlings continued to hold the front spot while Gajser also started to close in the top three as the Top 5 was just 5 seconds apart. 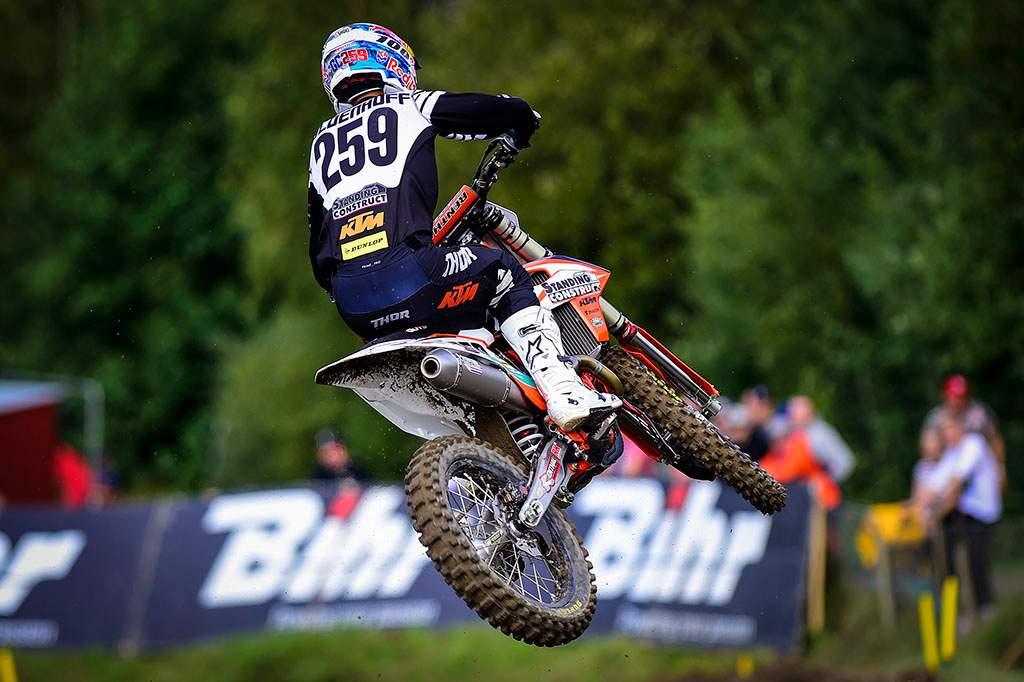 Glenn Coldenhoff continues to show top late season form taking second place in the MXGP class.
Gajser moved into third place with a pass on Febvre and was just two seconds off Herlings‰Ûª lead and one second behind Coldenhoff while back in the leaders‰Ûª pack the two Swiss Monster Energy Yamaha Factory Racing‰Ûªs Jeremy Seewer and Monster Energy Wilvo Yamaha‰Ûªs Arnaud Tonus were battling for 6th with the positions remaining unchanged with Seewer in 6thand Tonus in 7th. 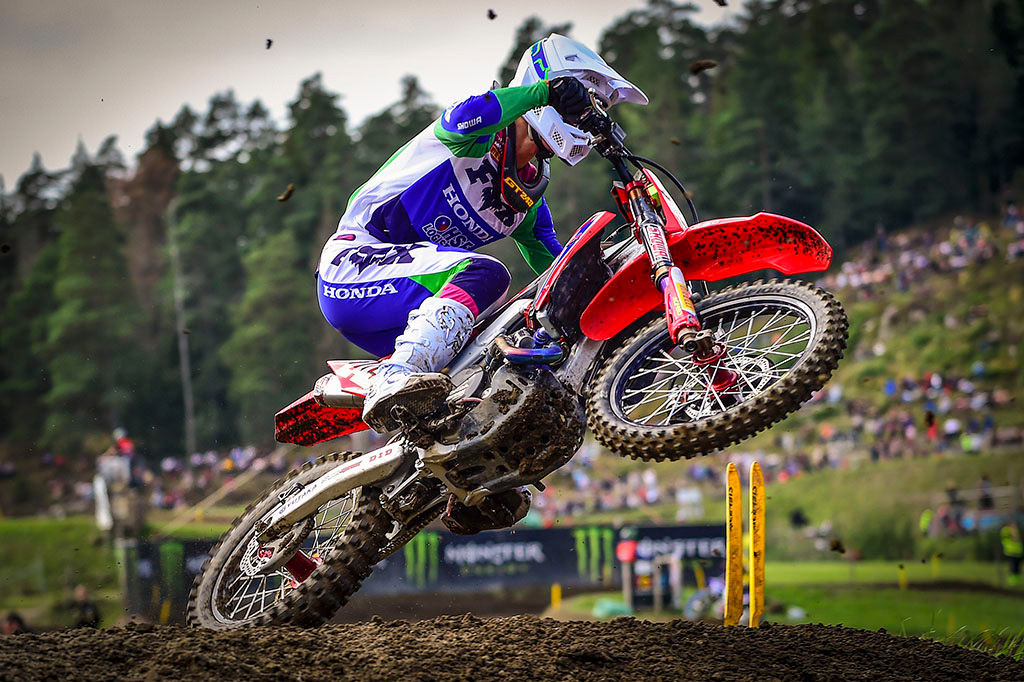 After the highs of winning his third world championship at Imola last weekend, Team HRC‰Ûªs Tim Gajser was back in action at the MXGP of Sweden, finishing third in the qualification race as he looks to get back to the top step of the podium.
Herlings eventually got away from second and third and won his second qualifying race of the season on his comeback, while Glenn Coldenhoff and Tim Gajser rounded up top three.

‰ÛÏIt was an intense race, I was struggling with arm pump indeed as it‰Ûªs just one week I‰Ûªm on the bike after eight weeks off," Herlings explained. "I had no expectations and I just wanted to go and have fun, practice and see what happens but the feeling there was amazing. Thanks to KTM for backing me in the bad times‰Û 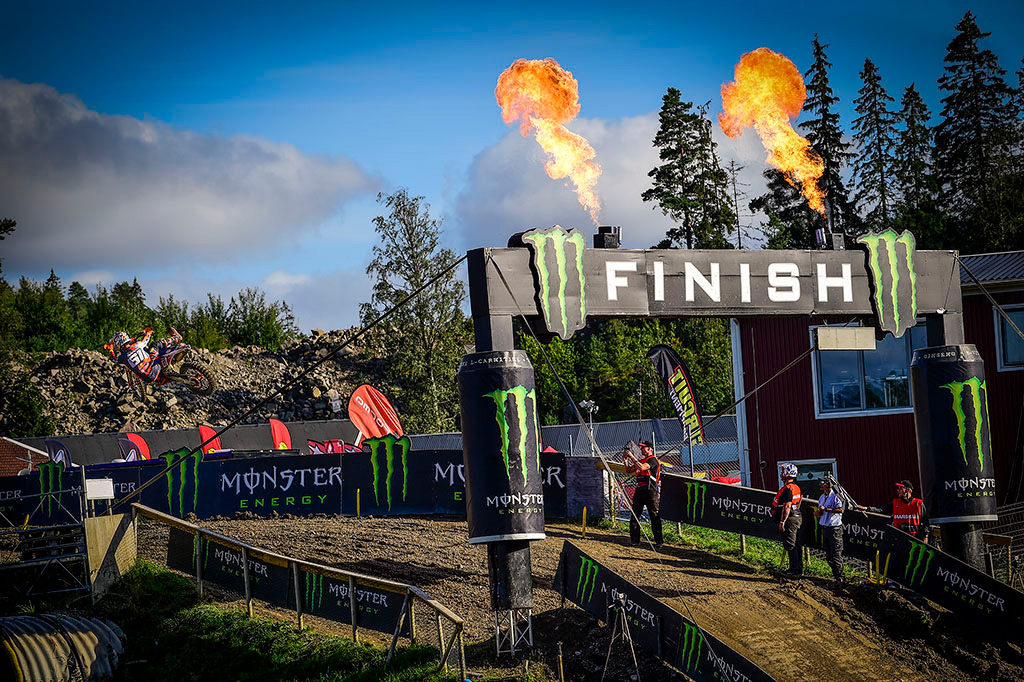 Jorge Prado once again featured at the top in the MX2 class.
In MX2 class Spaniard Jorge Prado won his 12th qualifying race by coming through the field on the opening half of the race after surprisingly not taking a holeshot. After starting around fifth, he passed early leader F&H Racing Kawasaki‰Ûªs Adam Sterry who eventually finished third behind his own team-mate F&H Racing Kawasaki‰Ûªs Henry Jacobi.

The lead went to four seconds on lap four while Bud Racing Kawasaki‰Ûªs Brian Moreau and Thomas Kjer Olsen were battling for 7th until Olsen crashed and dropped well back in the field in 23rd place. 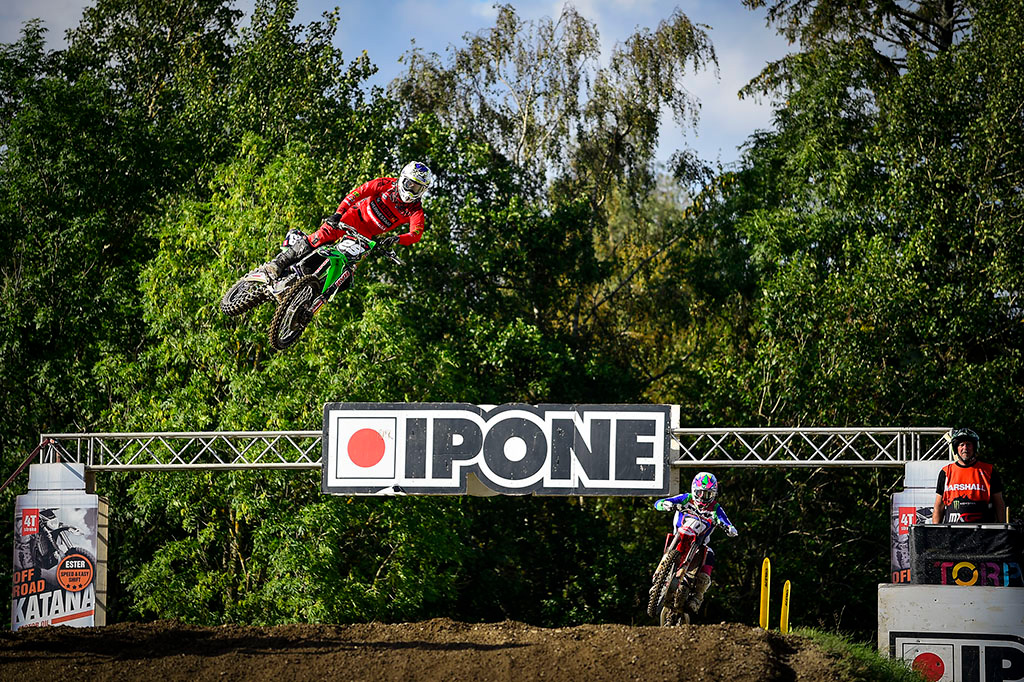 German Henry Jacobi was second in MX2
With Prado out of reach Jacobi was catching Sterry for second and both Jacobi and Vlaanderen went trough the Kawasaki rider.

After passing Jacobi and attempting to close to the second place, Vlaanderen stalled his bike and found himself in 6th just behind Honda Redmoto Assomotor Mathys Boisrame.

On the final lap Vlaanderen charged Boisrame and managed to do so. Prado won the race 9 seconds ahead of Jacobi and Sterry with Sanayei and Vlaanderen finishing out the Top 5.

‰ÛÏIt was another great qualifying race. I had a good start but Sterry had a good start too and I was in around fifth but I managed to pass him to get the lead. I felt very comfortable today, I want to bring this game for tomorrow," Prado said. 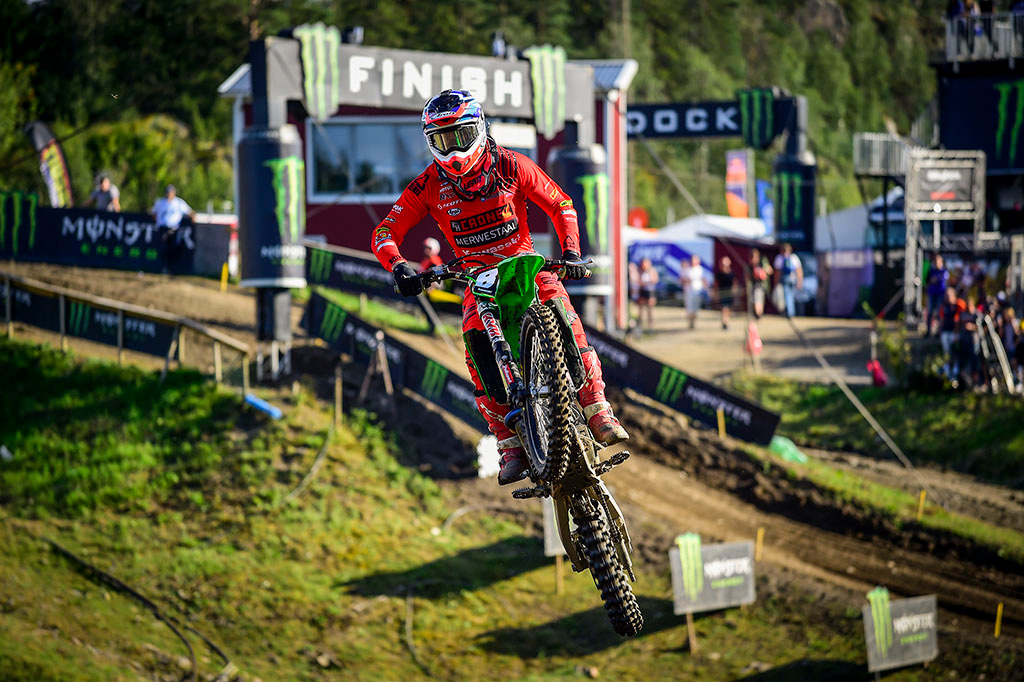