Head To The Hills Tonight With Bikelife 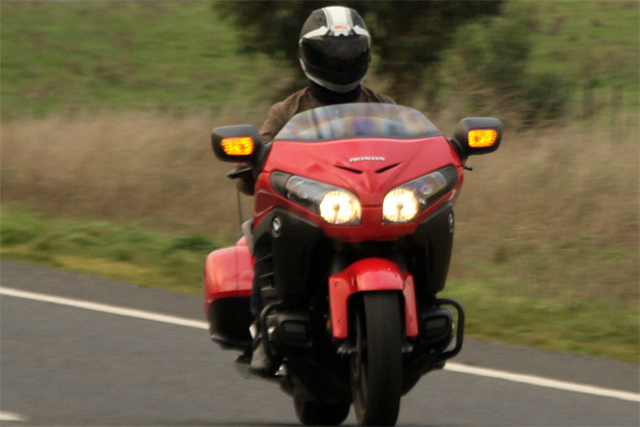 Head to the hills tonight with Australia‰Ûªs newest and only dedicated television show for Motorcycle enthusiast, BIKELIFE.

Airing at 8.30pm around the country on Thursday the 11th of September on TV4ME (Channel 74 for metropolitan viewers and Channel 64 for regional viewers) expert reviewers and show hosts, Lukey Luke and Reg Mowat take viewers for an exciting trip through the hills aboard the Honda F6B.

The Duo will then will then return to the city and tackle the Sydney traffic on the Yamaha TMAX before putting the Kawasaki Ninja 1000 to the test.

Bryan Hands from Hands-on-Kawasaki will also check in to show us the correct way to sort out a drive chain.

Along with plenty of bike reviews, tests and helpful advice, the fourth Bikelife giveaway thanks to Kincrome will be announced via the Bikelife facebook page at the conclusion of tonight‰Ûªs episode, so make sure you head over the Bikelife FB page after the show tonight to put yourself in the running to win a great prize.

Make sure you tune into 4Me on Thursday the 11th of at 8.30pm for the fourth episode of Bikelife or catch a replay of episode four at 7pm on Saturday the 13th of September.

Don‰Ûªt forget, if you have missed any of the first three episodes of the 2014 series of Bikelife, each and every segment from the first three shows are available to be viewed on the BIKELIFE YouTube Channel.

Top Image: Head To The Hills Tonight With Bikelife and the Honda F6B