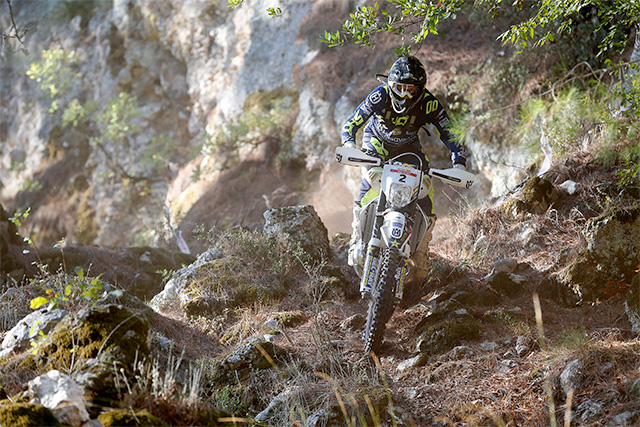 Once again delivering the goods exactly when it matters most, Rockstar Energy Husqvarna Factory Racing‰Ûªs Graham Jarvis has won the 2017 running of the Red Bull Sea to Sky hard enduro in Turkey.

Powered by his TE 300, Jarvis made light work of the challenging near four-hour mountain race to finish just under one-and-a-half minutes ahead of runner-up Mario Roman. In doing so Jarvis claimed his fifth Sea to Sky victory.

As always Jarvis made a cautious start to the event, completing the opening beach race without mistakes and in fifth position. Then finishing the forest race in fourth position, he did what he set out to do and secured a front row starting position for the third and final day‰Ûªs mountain race.

Battling his way through the dusty early stages of the race following a good start, Graham fell and damaged his clutch master cylinder. Managing to make repairs he pushed on knowing his chance of podium result hinged on his speed up the rocky climbs close to the finish. Working his way through the arduous final metres of the race he moved his way to the front to secure a well-deserved fifth Sea to Sky victory. 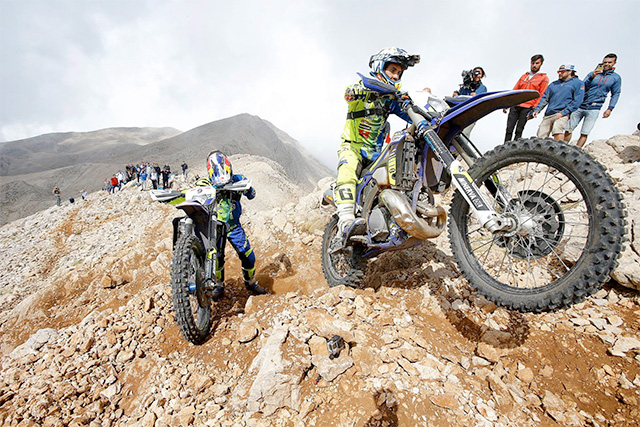 The Sherco duo of Mario Roman and Wade Young finished 2nd and 3rd respectively. Photo: Future7Media
‰ÛÏIt‰Ûªs a great feeling to win again here at Sea to Sky," Jarvis said. "This win means more than ever because the level of the other riders is just so much higher now. To get the win after such a closely fought battle feels amazing. I got a good start in today‰Ûªs mountain race, but as soon as we got into the forest it was just so dusty ‰ÛÒ I had to just had to ride behind the guy in front.

"I had a silly crash and broke the clutch master cylinder, but with a bit of string and duct tape I managed to fix it up. It worked but it wasn‰Ûªt perfect. The middle of the course is quite flowing and fast, so I didn‰Ûªt think I would be able to catch the guys in front. I just rode steady because I knew it got a lot tougher at the top. Towards the end there‰Ûªs about 100 metres of rocks, and I got through them really well and managed to get past the others. From there it was just the final push to the top.‰Û 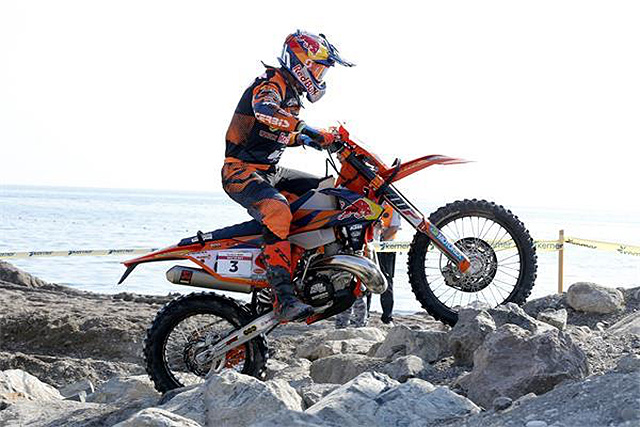 4th was KTM Racing's Alfredo Gomez. Photo: Future7Media
4th was KTM Racing's Alfredo Gomez. Gomez rode an excellent Beach Race, despite a nasty crash that resulted in an injured arm. The forest race was a little tougher for Gomez. A couple of mistakes cost him some time early on with the Spaniard deciding to ride at a steady pace in order to reach the finish in one piece.

After a less than perfect start to the Mountain Race, Alfredo rode superbly to pick his way through the field to finish fourth and just a few minutes from the podium.

‰ÛÏWell, I didn‰Ûªt have a good start, ending up 9th leaving the beach," Gomez said. "I was with Graham for about half of the race and didn‰Ûªt want to take too much of a risk at that time. After the last tank point I pushed as hard as I could but the mousse became so weak, I obviously killed the tire. I‰Ûªm not happy because I wanted to win or at least be on the podium. But this is racing ‰ÛÒ these things can happen. Next year I‰Ûªll get the job done!‰Û 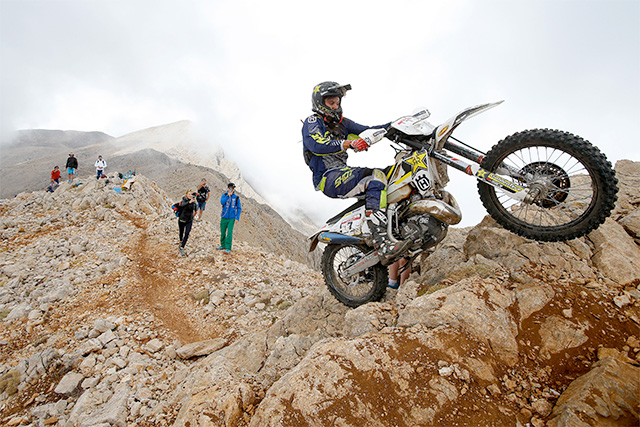 From a good start, Billy frustratingly made a mistake on one of the early obstacles, leaving the beach trailing the rest of the front row starters. Forced to bide his time on the dusty lower section of the track, as the climbs became more technical Billy, like Jarvis, started to work his way forward to reach to top of the Olympus Mountain in fifth position.

‰ÛÏI‰Ûªm really happy with how things have gone this week. I‰Ûªve made it to the finish three days in a row, relatively drama-free," Bolt said. "Compared to last year this has been a million times better. I got a good start today, but made a mistake on one of the obstacles on the beach. I ended up being last to leave the beach out of the top group and then into the forest the dust was unbelievable. I just had to sit behind and deal with it best I could. As things began to get more technical, towards the top, I was able to get past a few people. To finish in fifth after such a bad start is really good. It‰Ûªs been a good week, two podiums and a fifth ‰ÛÒ I can‰Ûªt complain with that. The results are getting better every race and my consistency is good, so I just have to keep doing what I‰Ûªm doing.‰Û 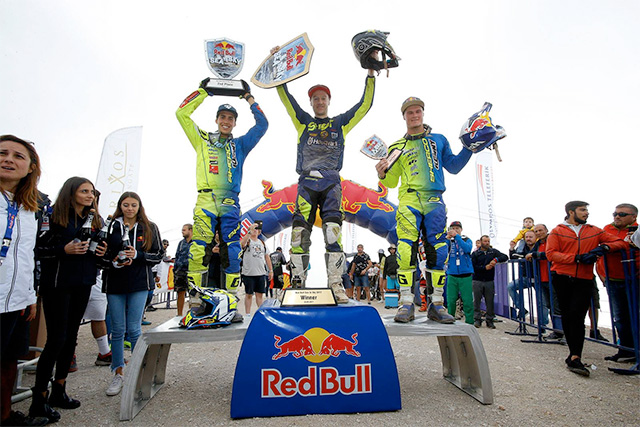