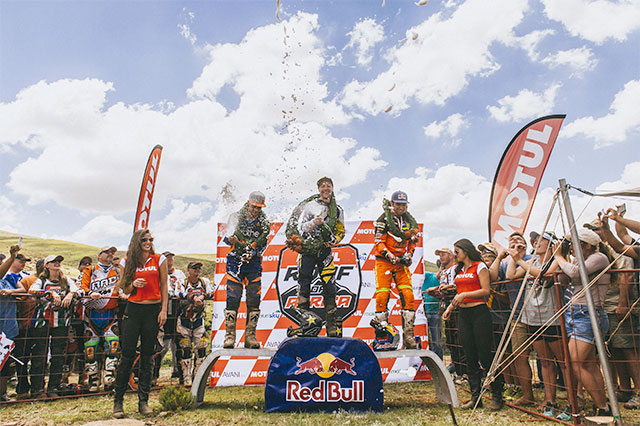 Following his winning performances at Erzberg, Romaniacs, Battle of the Vikings, GetzenRodeo and Ukupacha during 2016, Jarvis entered this year‰Ûªs Roof of Africa with only victory on his mind. Following a well-calculated plan he placed 17th at the ‰Û÷Round The Houses‰Ûª qualifying run, before going on to post the fastest outright time at the opening‰Ûªs days closing Time Trial session.

With probably two of the season‰Ûªs longest days of competition laying ahead, the British extreme enduro star knew exactly what he had to do to battle for his fourth career victory in South Africa. Launching the first bid of his attack on day two, the TE 300 mounted rider crossed the line second behind Alfredo Gomez. 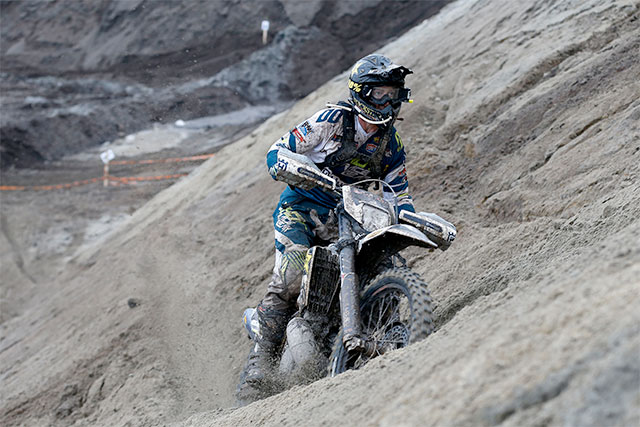 Graham Jarvis wins 2016 Roof of Africa title
Providing some nail biting action, the third and final day of competition in the mountains around Lesotho was decisive for the outcome of the event. Racing most of day three alongside Gomez, Jarvis tried to reserve as much energy as possible in order to strike as the event got close to its final stages.

Finishing the third and final day with a race time that was less than 20 seconds behind the total time of Gomez, Jarvis took full advantage of the 10-minute gap he‰Ûªd created against his KTM rival during the Time Trial session to earn a well-deserved 2016 Roof of Africa victory. It was the fourth career victory for the Rockstar Energy Husqvarna Factory Racing rider at South Africa‰Ûªs famous extreme enduro event.

"To end the season with another win is just great. To be fair this year the Roof was different to any other year I‰Ûªve raced it," Jarvis said.

"It was just so difficult to get a gap on anybody so I ended up riding most of the race with Gomez. I guess that was a good thing for both of us, as we were helping each other in our navigation. I knew I couldn‰Ûªt get a gap on Alfredo so I prepared myself for a sprint finish towards the end, making sure I had the energy at the end to go for it. We had a great setup throughout the weekend and my Husqvarna worked great despite the heat. The terrain is always loose at the Roof and lacks grip, so it‰Ûªs always a difficult race to win. It‰Ûªs been a fantastic season for me and I can‰Ûªt thank Rockstar Energy Husqvarna enough for their support.‰Û 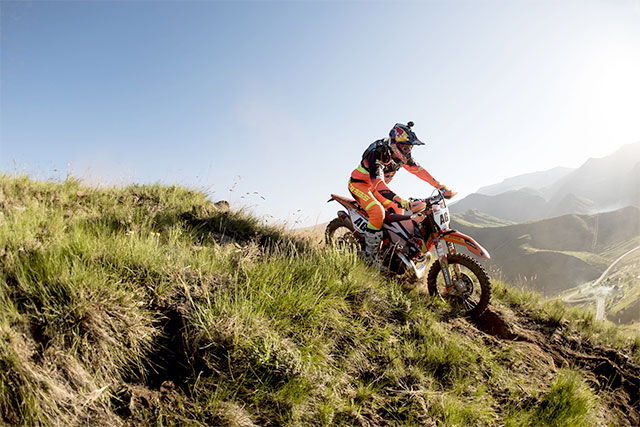