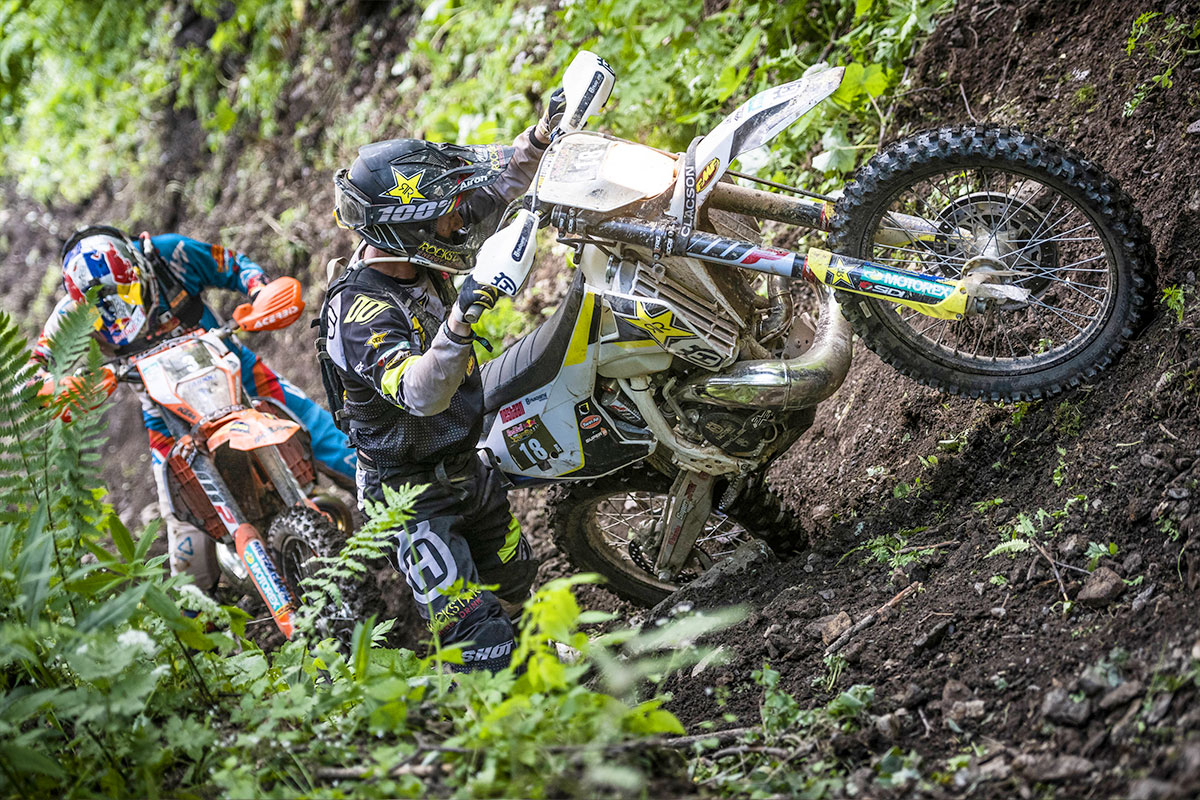 In what was a dramatic, action-packed and unpredictable race, Jarvis put on a late race charge to take the win by just 41 seconds from Red Bull KTM Factory Racing‰Ûªs Jonny Walker with early pace setter Manuel Lettenbichler finishing third.

Under sunny skies and hot temperatures, the 24th edition of the Erzbergrodeo Red Bull Hare Scramble saw the 500 qualified riders blast off the start line at 14.30 hours. With all the main contenders in this year‰Ûªs WESS securing a front row start during qualification, it was Taddy Blazusiak who made his move early, taking the lead. But with Walker hot on his heels, plus WESS round one winner Bill Bolt and Lettenbichler right in contention, any hopes of breaking away from the chasing field were quickly ended.

During one of the early technical woodland sections, the young guns of Lettenbichler and Bolt moved past both Blazusiak and Walker to take up the lead. At Checkpoint 15 of 25, Lettenbichler and Bolt had built up a lead of one-minute over Walker while Wade Young overtook Blazusiak for fourth. However, with Checkpoint 19 forming the formidable Carl‰Ûªs Dinner boulder garden, the race was anything but over. After a bad start, Jarvis was beginning to cut his way through the pack and was closing on the leaders. 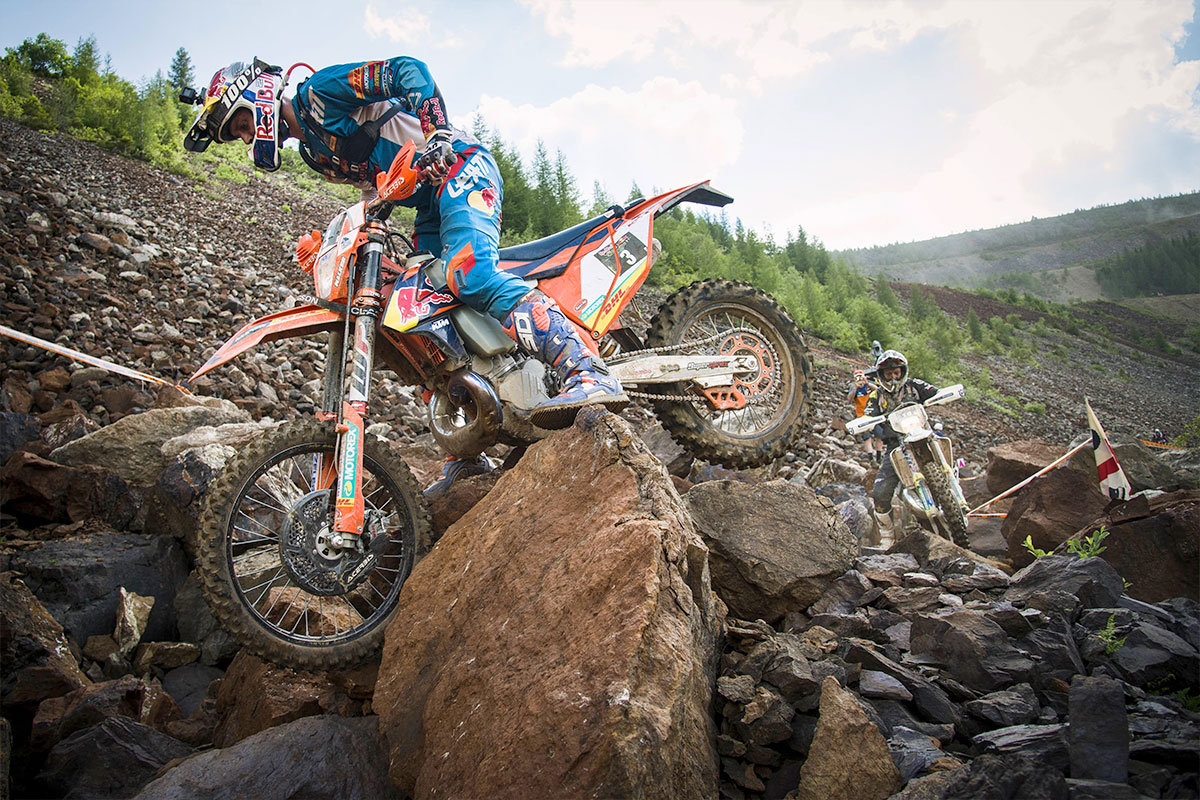 Second was enough to see Jonny Walker take the overall lead in the WESS championship standings. Photo: Future7Media
At Checkpoint 21 - Green Hell - the race took another dramatic twist as both Lettenbichler and Bolt became stuck on the near-vertical woodland climb. Jarvis, now in third, heroically pushed his way past the stricken duo to the top and took the race lead. Walker, following suit, tried to apply pressure to the Husqvarna rider during the final two signature sections Dynamite and Lazy Noon but Jarvis kept his cool to cross the finish line in an astonishing time of two hours, five minutes and 59 seconds.

‰ÛÏIt‰Ûªs always special to win here, but to do it like I did, that ranks as one of my best victories," Jarvis enthused. "I had a really bad start getting stuck on the very first climb out of the quarry and I lost so many places. Also, with the dust it was really difficult to overtake on the first couple of sections. It wasn‰Ûªt until Checkpoint 15 that I got up to about sixth, but I knew Carl‰Ûªs Dinner would be decisive. I made a lot of time up there. When I got to Green Hell I wasn‰Ûªt quite sure what was happening but I saw Billy and Manni stuck. I got up so far and then was able to push the rest. That for me was where the race was won, but with Jonny chasing me home I couldn‰Ûªt relax until the chequered flag.‰Û 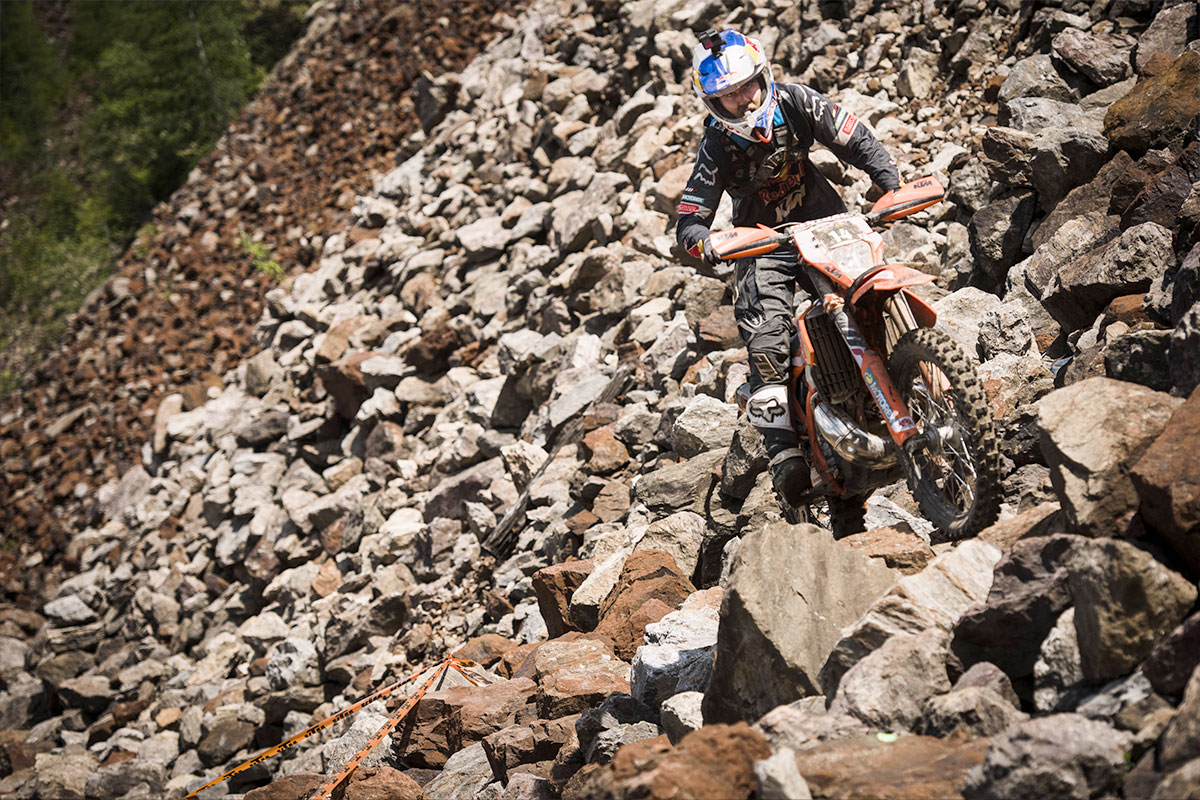 ‰ÛÏThat was a tough race but I am happy to finish second and importantly take the lead in the WESS standings," Walker said.

"Taddy made a mistake and I got out in front, but then Manni and Billy passed me on a hill when I messed up a little. Their speed was way too quick and I knew I had to pace myself a little," Walker explained. "Carl‰Ûªs Dinner was tiring, but I kept up a steady rhythm and tried to minimise any mistakes. I managed to clear Green Hell and came out of there in second. The rest of the race from then on was less tricky and I pushed on as hard as I could but couldn‰Ûªt quite catch Graham before the finish. I‰Ûªm happy with second and although it would have been nice to take the win, it‰Ûªs great to be leading the championship.‰Û 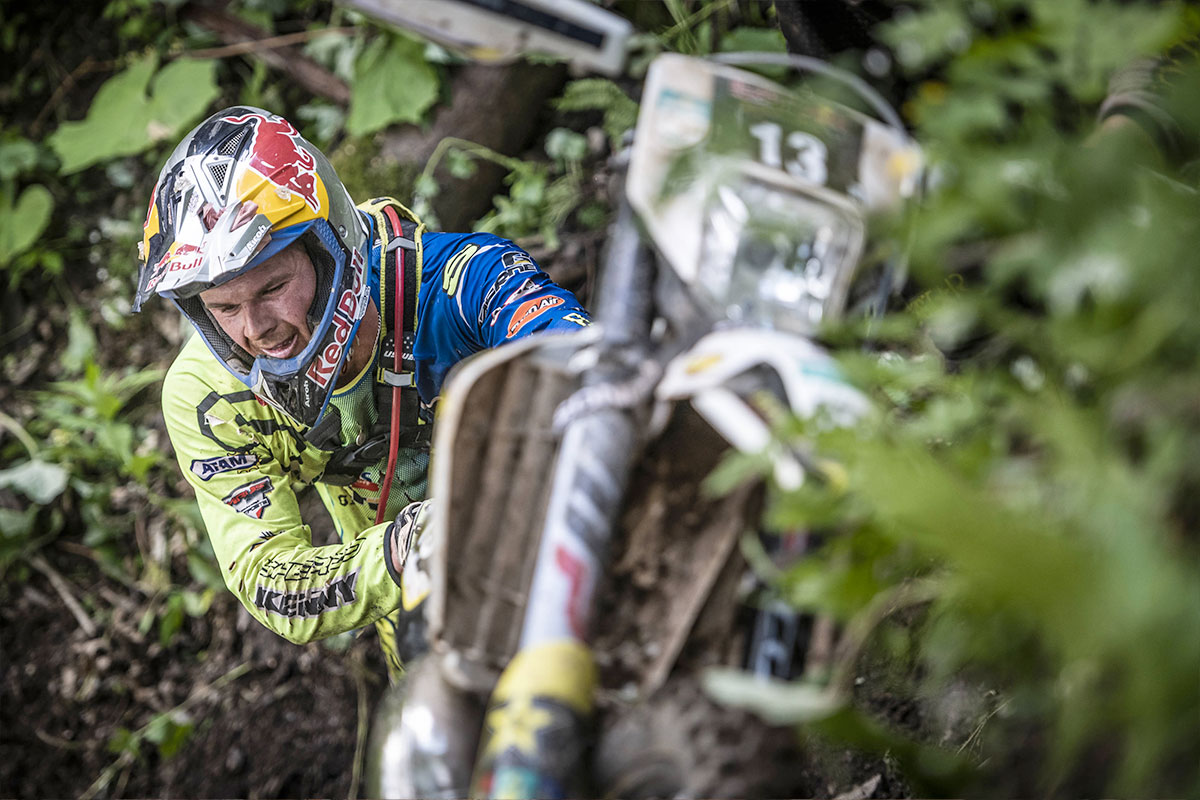 After a lot of time getting physical, as all had to do, Wade Young came home 15 minutes back in fourth. Photo: Future7Media
Regrouping after the punishing Green Hell section, Lettenbichler was able to cross the finish line three minutes behind Jarvis in third, with Young coming home in fourth.

‰ÛÏI gave it everything I had, I wanted to win so badly but just lost out towards the end," Lettenbichler reflected. "I had a really great ride up until Green Hell. Billy and myself were pushing the pace a lot and we had built up a gap on the others. I wasn‰Ûªt my best in Carl‰Ûªs Dinner and was still in contention. Unfortunately, things went wrong in Green Hell and Graham came past us. But this is my debut podium at the Erzbergrodeo Red Bull Hare Scramble, so it is something to celebrate. Third in Extreme XL Lagares and now third here is a very strong start to WESS too.‰Û 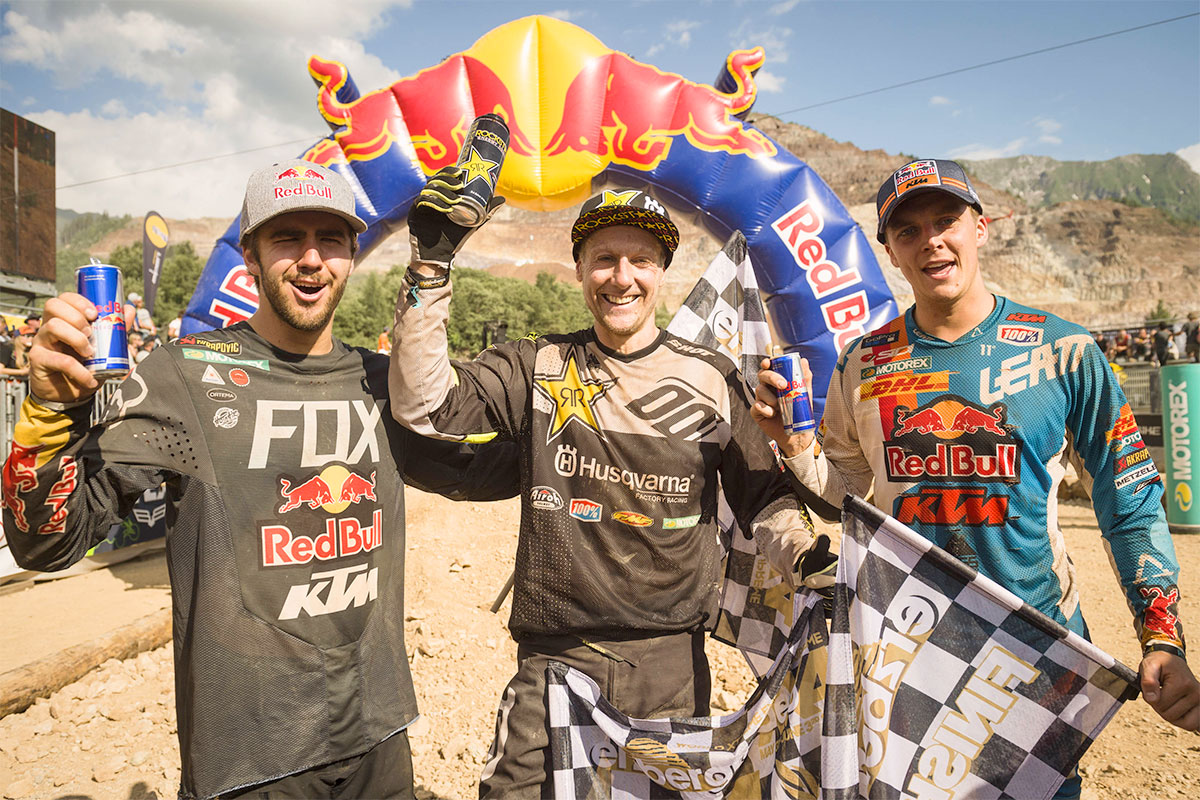 ‰ÛÏI have to be happy with that ‰ÛÒ I enjoyed the race and the fans here have been amazing," Blazusiak said. "Of course, it‰Ûªs not the result I wanted but after crashing so heavily I am glad to make the finish. It took a little while to feel better and at one point I wasn‰Ûªt sure I would be able to make it through Carl‰Ûªs Dinner. I paced myself though and felt a lot stronger at the end. Eighth place gives me some valuable championship points and keeps me inside the top-10 overall. I‰Ûªll concentrate now on Le Trefle Lozerien classic enduro next weekend and hopefully come away with a good result.‰Û 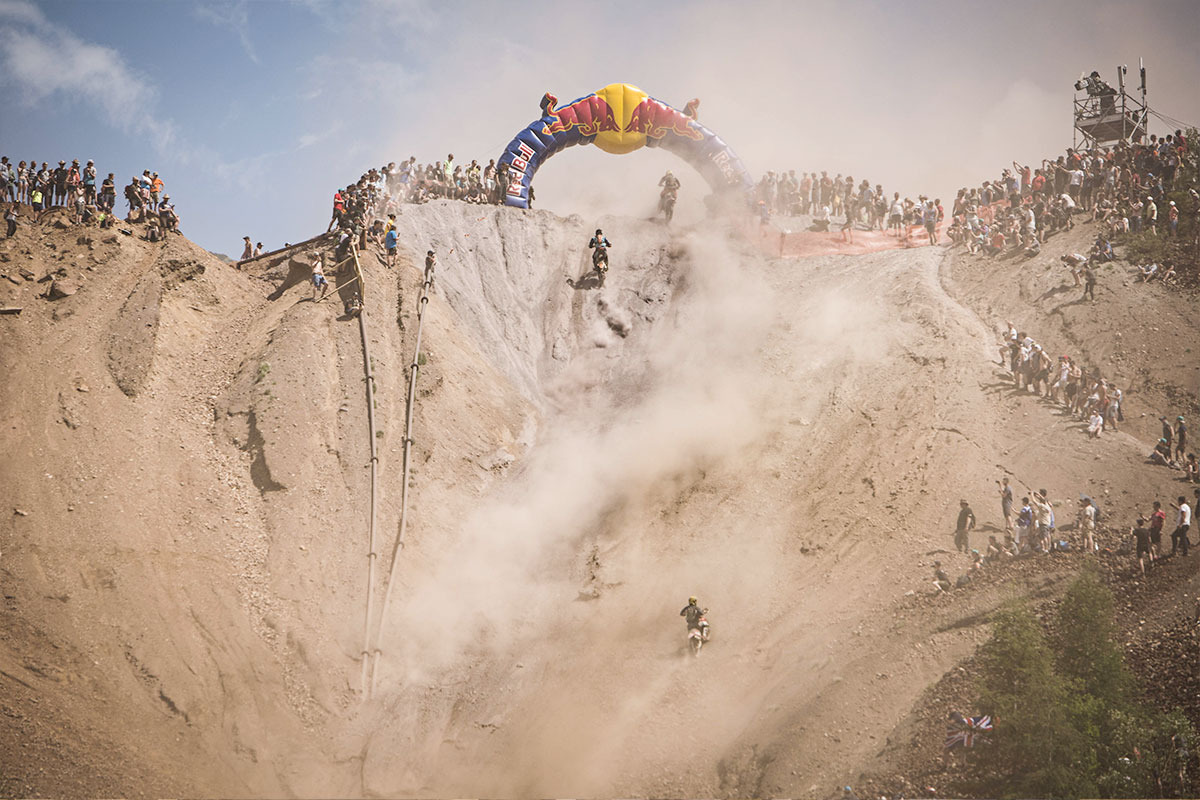