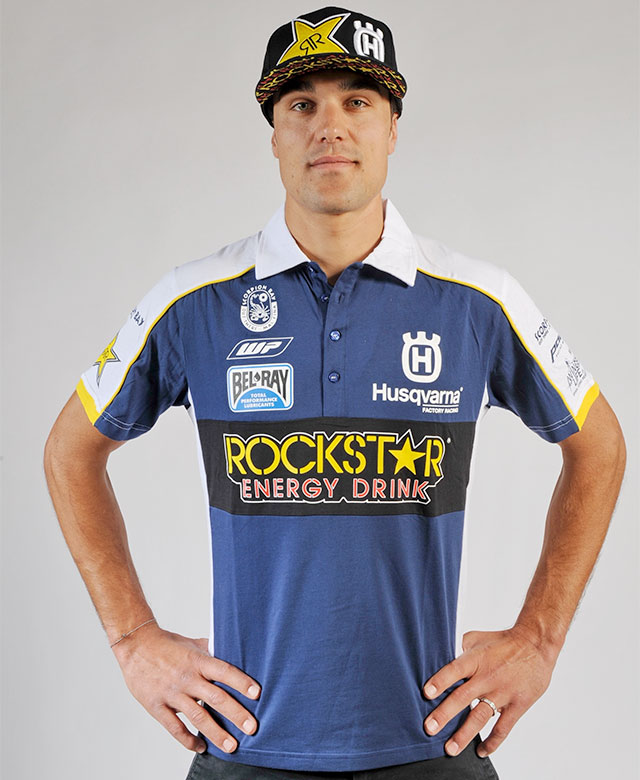 Gautier Paulin has signed on to race for the Rockstar Energy Husqvarna Factory Racing MXGP team where he will compete on Husqvarna‰Ûªs FC 450 machine throughout the 2017 and 2018 season.

One of the fastest talents in MXGP today, the 26-year-old Frenchman has a total of eight MX1 and MXGP overall class victories to his credit, with the highlight of his illustrious career coming in 2015 when he placed as runner-up in the MXGP World Championship. Helping Team France secure victory at the 2016 Motocross of Nations at Maggiora, Gautier has been a part of France‰Ûªs winning MXoN team during the past three years.

No stranger to top-level motocross competition Paulin made his FIM Motocross World Championship debut in 2007, before going on to commit to a full GP schedule two years later. Wrapping up his career in MX2 with three GP victories and a strong third overall in the 2009 championship, he then moved up to the premier class for his first full season in 2012.

"I‰Ûªm really excited to be part of Rockstar Energy Husqvarna," Paulin said. "In our sport there are no limits to improvement and I believe I‰Ûªve got everything I need now to take my riding a step further. I‰Ûªm in a very professional team that‰Ûªs proven they have the potential to win championships. We have a very good base in terms of equipment and the best support to battle for the top.

"Obviously, I need time to adapt to my new bike but my goal is to get the best feeling I ever had on a bike. With 20 rounds announced for next year‰Ûªs MXGP series, it‰Ûªs going to be more important than ever to remain consistent and stay away from injuries. My plan is to work harder than ever to get familiar with the bike and prepare myself for every different kind of track.‰Û