Gardiner, Chibnall, Ballard and Sprenger all take the spoils at Dungog AORC 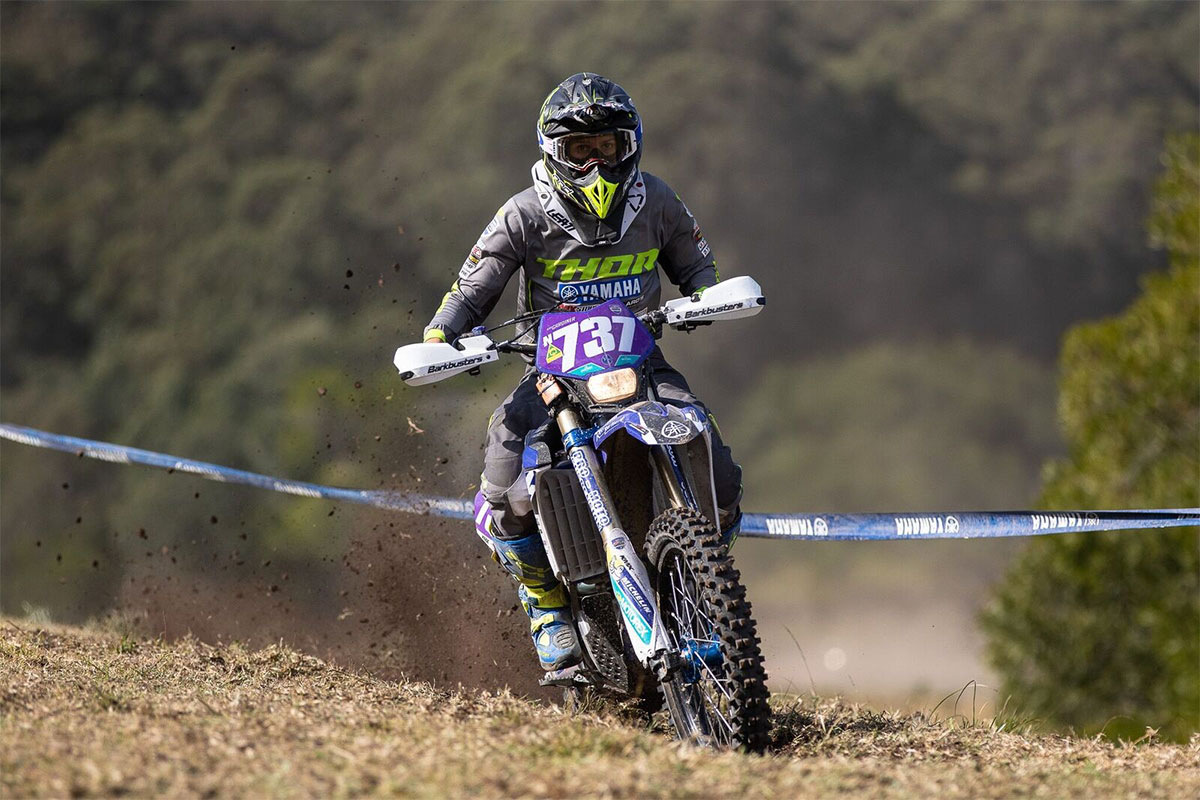 Jessica Gardiner has continued her stellar season by taking the win today at Dungog. Photo: John Pearson Media
With the first time carded enduro facing the paddock of the Yamaha Australian Off-Road Championship (AORC) it would be a test of speed, power and fitness to get over the line.

Jessica Gardiner stood up to the task and took out the Women‰Ûªs class, whilst Richard Chibnall continued his form in the Veterans.

Geoffrey Ballard was back to his best in the Masters class proving to be just a class above throughout today‰Ûªs racing. In a first for AORC, the vintage bikes were welcomed to Dungog with the Evo Pre 86 machines and it would be Ashley Sprenger taking the inaugural win.

Women‰Ûªs
Jessica Gardiner has continued her stellar season by taking the win today at Dungog, in front of a home crowd Gardiner didn‰Ûªt disappoint, showing great speed on her way to victory. The Yamaha rider stopped the clock at 55:12.131. Emelie Karlsson has been quite consistent this season and just couldn‰Ûªt find the speed of Gardiner to challenge for the win, finishing in second with a time of 55:18.906. Danielle Foot would round out the podium after a solid days riding but finished a lap behind clocking in with a time of 50:16.722.

Veterans
Richard is showing this season that he is the rider to beat this season, once again showing a clean pair of heels to take the win with a time of 52:36.550. Jade Gartlan battled away in second place and pushed all the way to the end of the day but settled for second place checking in at 53:18.375. Just missing out on second place was Simmo Arthur who battled throughout the day but just couldn‰Ûªt quite catch Gartlan, rounding out the podium after stopping the clock at 53:32.428.

Masters
Geoffrey Ballard was a man on a mission today when he got out on the bike, and he didn‰Ûªt put a foot wrong as he took out the masters win with a time of 55:04.708. With the tough task of trying to reel Ballard in, Scott Campbell pushed all the way till the end but had to settle for second stopping the clock at 59:00.096. Brett Kenny was the rider who landed on the final step on the podium with a time of 50:56.905. 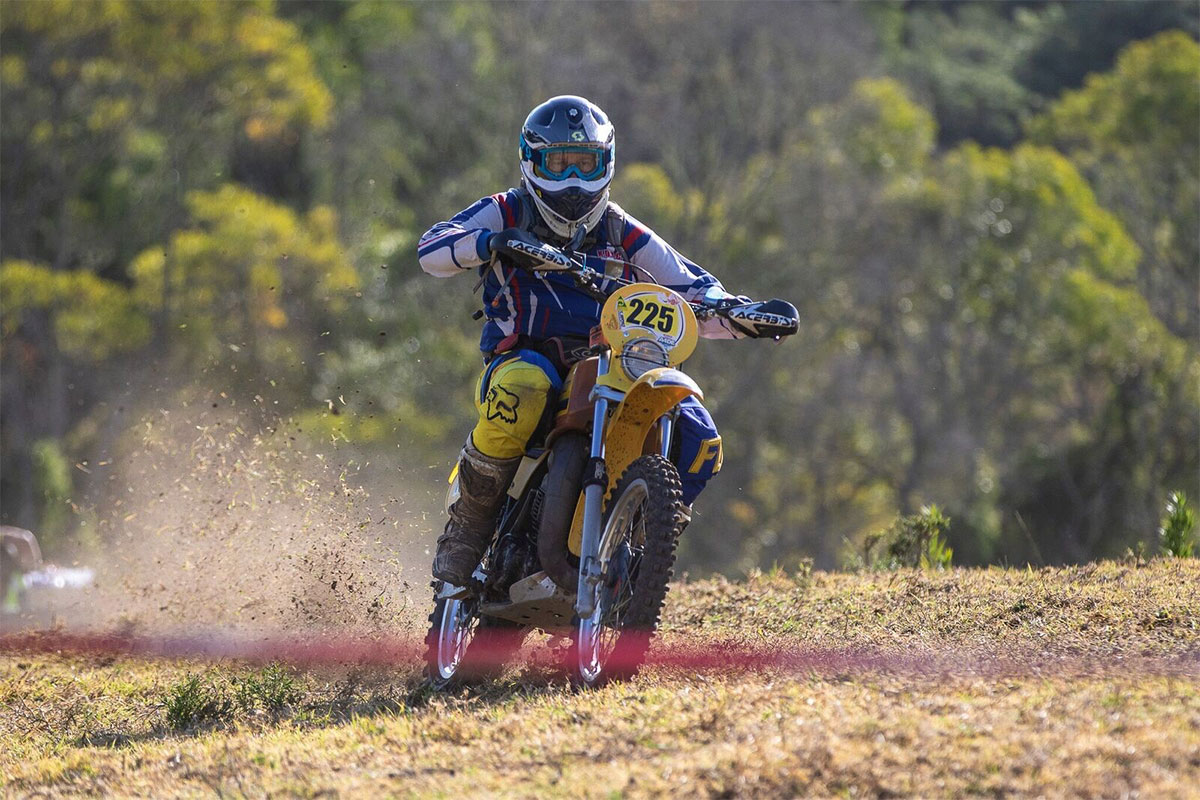 Ashley Sprenger won the Pre Evo-86 Vintage class. . Photo: John Pearson Media
Pre Evo-86 Vintage
In a first for AORC, the Pre Evo-86 Vintage bikes hit the Dungog track and what an effort it was for the riders to put the older machines to the test. It would be Sprenger who would find a way to victory, pushing his bike to the limit and finishing with a time of 57:24.592. Gavin Fisher was another who battled the Dungog conditions and found speed out there, stopping the clock at 58:24.022. The innagural podium was filled with Andrew Dennett who took the final spot with a ride that saw him end the day at 59:14.402.