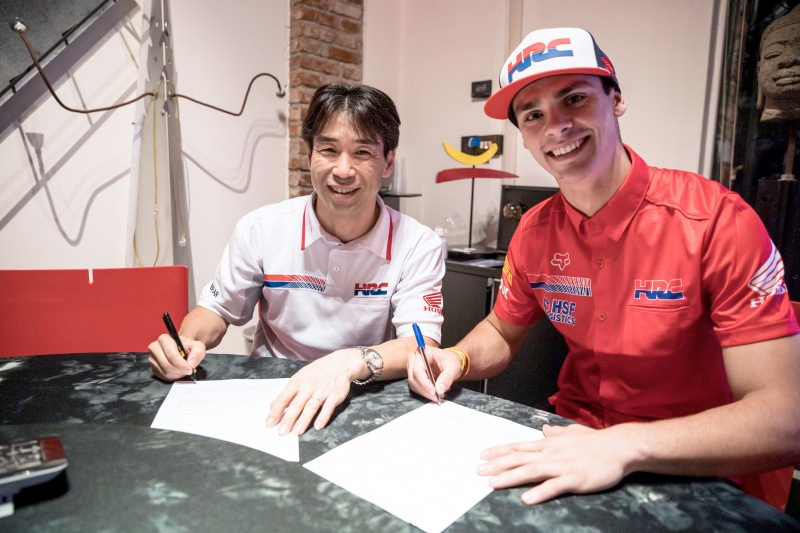 Tim Gajser, the 2016 MXGP World Champion, will remain with Team HRC in the FIM Motocross World Championship, MXGP, for another two years following the signing of an agreement with Honda Racing Corporation.

Whilst it has been no secret that GT243 has a desire to race in the United States, for the short term at least, he, alongside HRC and the Gariboldi team, has decided to remain in MXGP where he will mount a new challenge to bring the World Championship back to Honda aboard the much-revered #243 CRF450RW.

Gajser‰Ûªs current deal with Honda, which was signed in 2015, runs until at least 2020. The Slovenian joined the Japanese marque for the 2014 season and since then his ascent has been remarkable ‰ÛÒ six GP podiums followed in that first year, then 2015 brought his first race win en route to his MX2 World Championship title.

The next year, he became one of just four Honda riders to take back-to-back crowns in different classes with his rookie MXGP World Championship title.

‰ÛÏI‰Ûªm really happy to be in MXGP for another two years." Gajser commented. "We have unfinished business from this year and I want to be World Champion again, so we will continue to fight with that as the priority.

"HRC have been working hard on the bike and there are quite a few changes they‰Ûªve made which are very good, so I‰Ûªm really looking forward to the challenge of next year and I think we have a very strong package to fight for the title.

"The whole team are hungrier than ever for next year, and I‰Ûªve said it before but we just get on really like a family where everything works so really I have everything I need there and feel very happy.‰Û 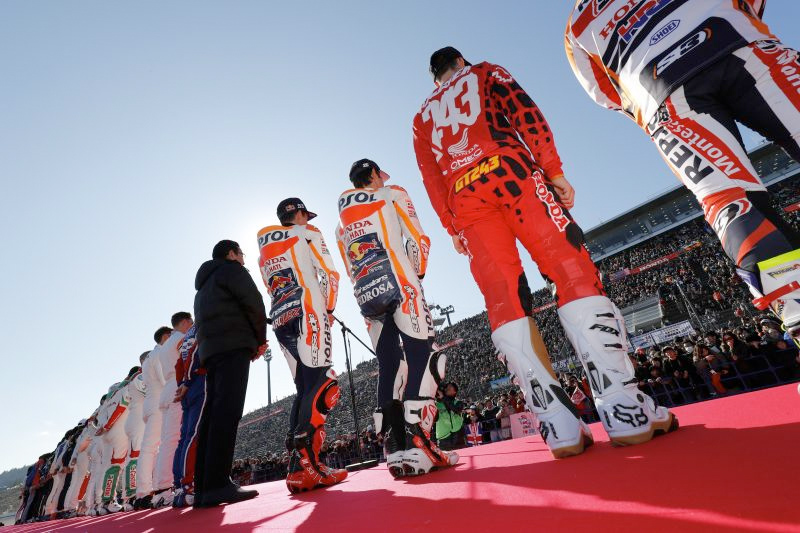 Gajser has recently attended the Honda Racing Thanks Day in Motegi, Japan
For the 2018 season, GT243 lines up on a further-improved Honda CRF450RW alongside Brian Bogers on the #5 machine, and with teammate Calvin Vlaanderen on the #10 CRF250RW, all running from beneath the Gariboldi-run Team HRC awning.

‰ÛÏWe are very pleased to decide with Tim that he will stay in MXGP for another two seasons." HRC Director - General Manager Race Operations Management Division, Tetsuhiro Kuwata stated.

"Of course, he still has a desire to race in America, but for the short term our focus together is to bring the World Championship back to Honda, and we believe that the combination of Tim and the CRF450RW is a very strong partnership to enable us to repeat 2016 and fight for the title again next year.