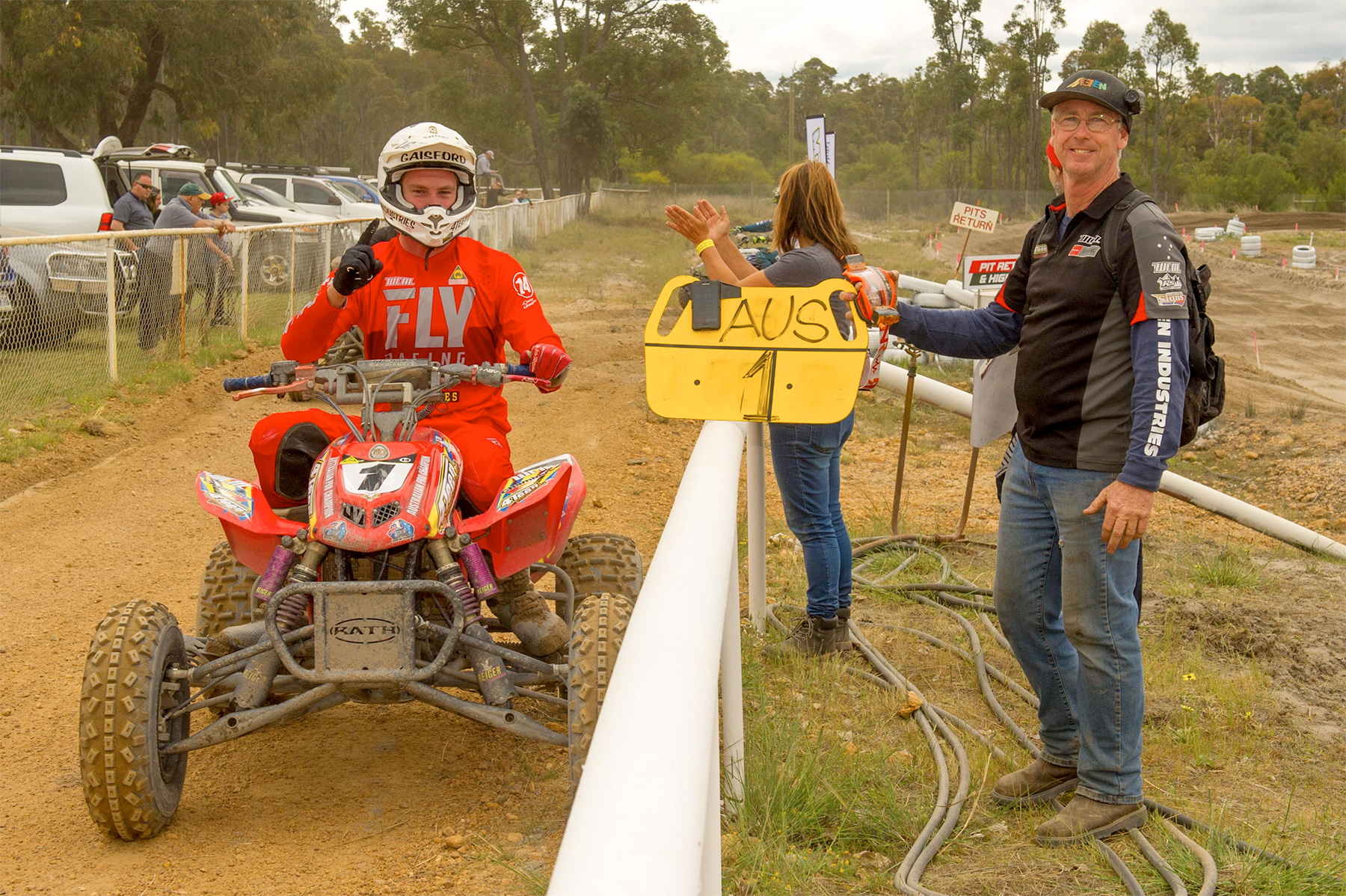 As with Day One the rivalry between Gaisford and Chris Bosnakis was evident from the get go of Day Two, with Bosnakis taking his third win for the championship in Round 3 on the picture perfect track under fantastic race conditions.

Going into Round 4, Bosnakis was leading the championship on 105 points followed by Gaisford in second on 96 points and in third was Andrea Cesari on 90 points.

During a thrilling display of racing in Round 4 from all twelve contenders, the ‰ÛÏLuck of Luke‰Û 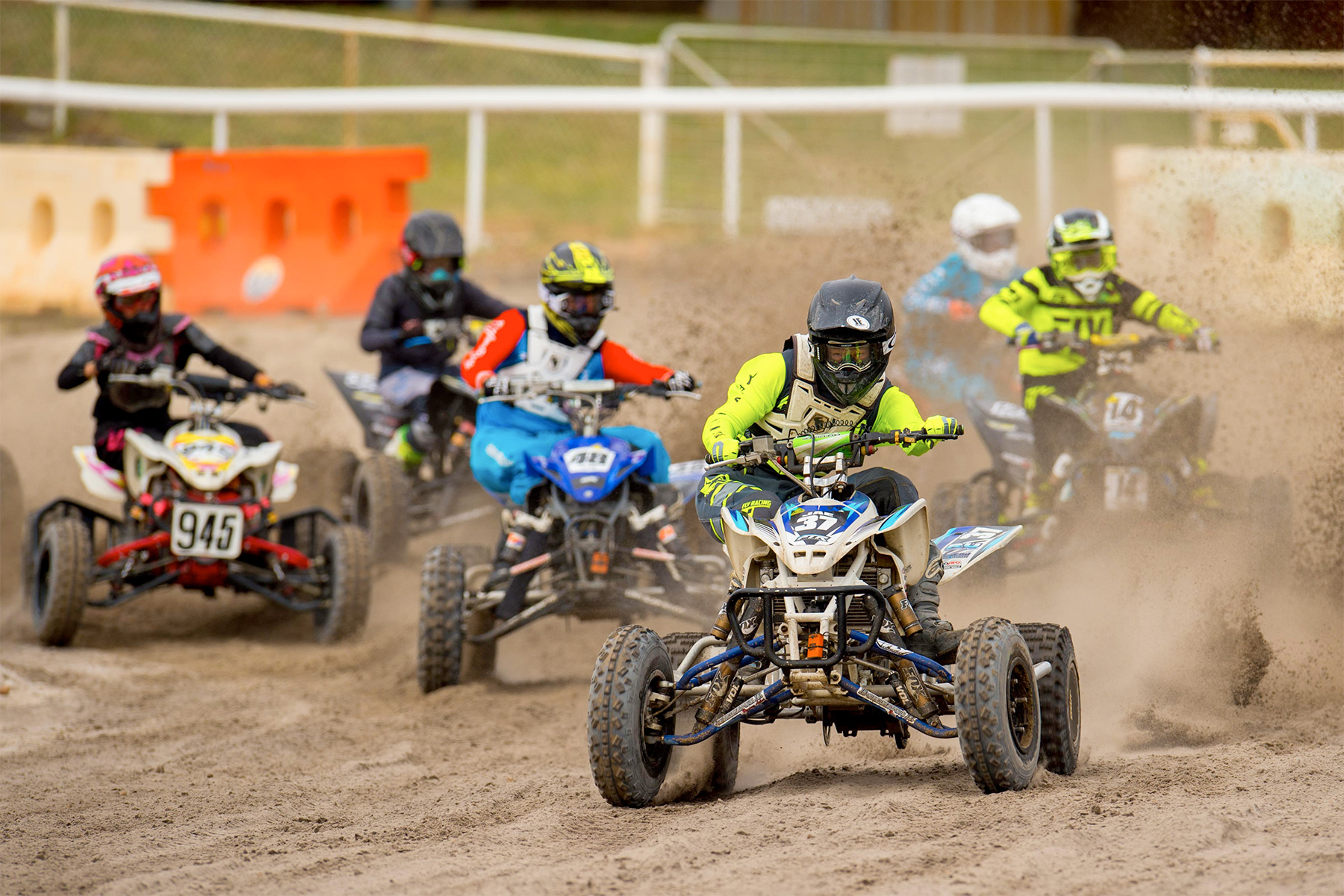 Photo: Gordon Pettigrew - True Spirit Photos
All classes saw strong representation from all states of Australia and the Quad Riders Club of WA and Collie Motorcycle Club would like to thank all the entrants, families and supporters for being part of an awesome weekend of racing and friendly rivalry. Also for making the journey to Collie in the South West Region of Western Australia.

Motorcycling Western Australia‰Ûªs president Tracy Simpson said the event was an outstanding success and credit to both the Quad Riders Club of WA and the Collie Motorcycle Club.

Tracy also complimented the clubs on their professionalism, organisation of the event and the excellent new venue facilities.

For Quad enthusiasts this was a weekend that delivered plenty of action to satisfy all everyone. Beautiful sunny weather made for slight dust and a few deep ruts later in the championship, but the hosting clubs managed to maintain perfect track conditions that allowed for plenty of overtaking opportunities and fantastic racing.

The Quad Riders Club of WA was only formed last year and the event has been an outstanding success and quite an accomplishment. Club treasurer, Lorene Soltoggio, commented after the event ‰ÛÏThe overall atmosphere of the event has been electric and very family friendly event.‰Û