Freeman wins the day, Holcombe and Macdonald take titles at EnduroGP of France day one 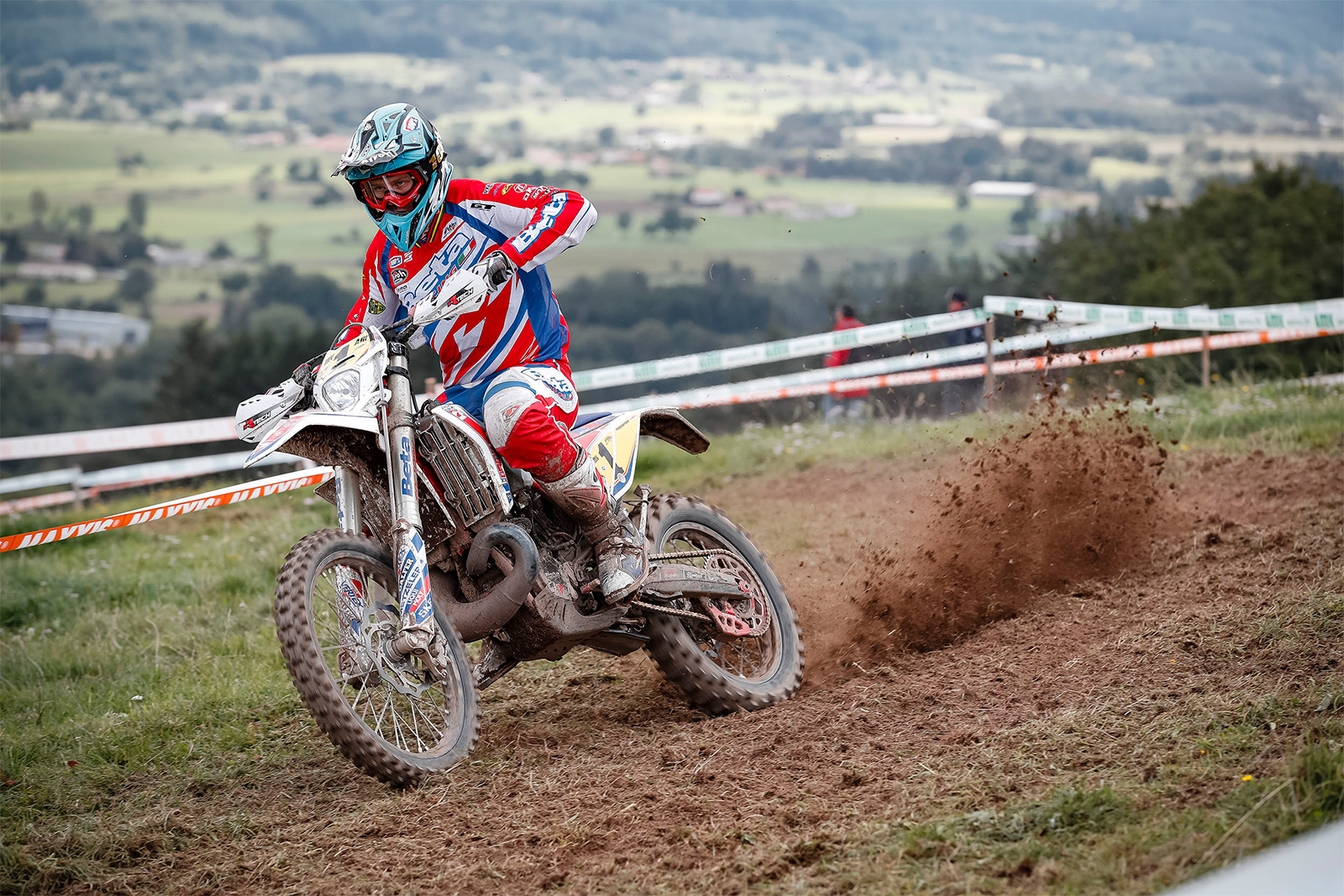 Beta Factory Racing‰Ûªs Steve Holcombe has won the 2019 FIM Enduro 3 World Championship in Ambert, France.
For this last weekend of competition in 2019, the tests of the Acerbis Enduro GP of France meant a hard time for many of the riders.

Overcoming all the difficulties that arose, quadruple World Champion Steve Holecombe got the job done and won the E3 category. With this new success, the Beta factory rider boasts an impressive five titles in his young career.

‰ÛÏThis season was really very complicated for me. The virus I‰Ûªve carried all year has really destroyed me, I had to let everything go. I fought hard and this title is a great reward for all of us. I would have loved to fight for more, but we must also recognise our failures," Holecombe said.

Brad Freeman continues his momentum, the 2019 E1 World Champion offered up a repeat performance of the incredible pace he had in the Czech Republic. Highly focused and dominating the day, the Beta Boano rider finishes as the best performer of the day by winning 5 tests. The young Brit once again tamed his most serious opponent for the EnduroGP title: Steve Holecombe.

‰ÛÏEverything is going perfectly so far," Freeman said. "I rode really calmly, without making any mistakes. Tomorrow there will be a little more pressure, because I‰Ûªll be closer to achieving my ultimate dream. I will give my best whatever happens.‰Û 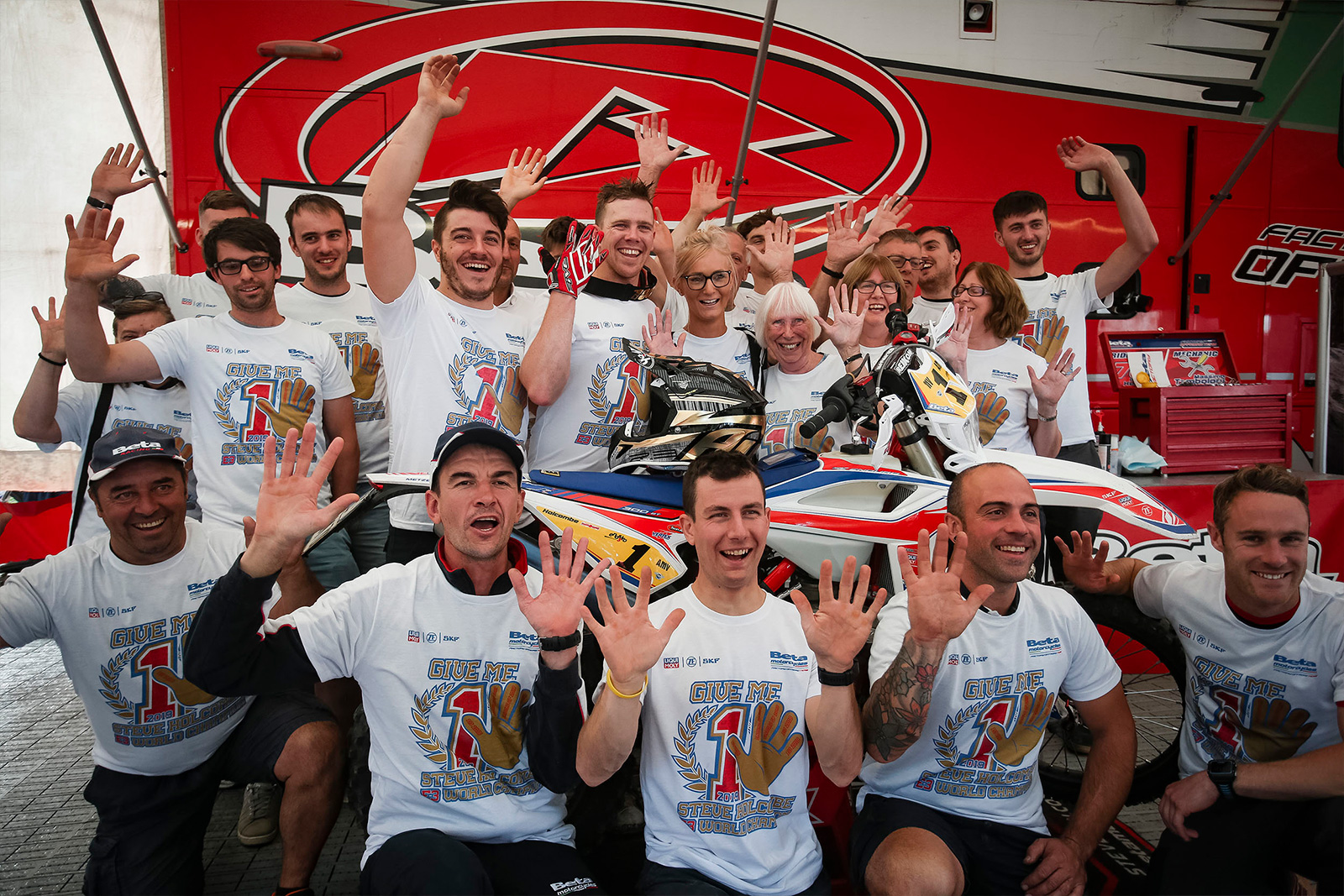 Holcombe secured the title by riding to victory on the opening day of competition at the final round of the 2019 series, claiming his fifth consecutive FIM Enduro World Championship.
Danny McCanney once again made it an all British podium by accompanying the Beta pair on the podium. The TM rider won 4 tests today, a impressive feat against the likes of Freeman and Holecombe, as well as a charged up French contingent.

The first non-Brit is France‰Ûªs LoÌøc Larrieu who, in front of his supporters, had a great day during which he won 2 tests. LoÌøc acknowledged that whilst the fans cheering him on helps him, it also means it‰Ûªs easy to be overwhelmed and make an unfortunate mistake.

Honda's Alex Salvini put in a lot of effort and finished in the Top 5. The Italian suffered in the extremely demanding transfers of the Livradois lap. ‰Û÷Rocky‰Ûª would have liked to beat Larrieu in E2.

Andrea Verona had one of the day's greatest achievements - the 2019 Junior World Champion is competing in his second Senior Grand Prix and has been up with the top guns on many occasions. The TM rider is gaining in confidence and took 6th overall on Saturday.

In E1, no change as Freeman signs off on a new success in the class. He was ahead of a surprising Andrea Verona. Another Italian joins them on the podium, Honda's Thomas Oldrati. 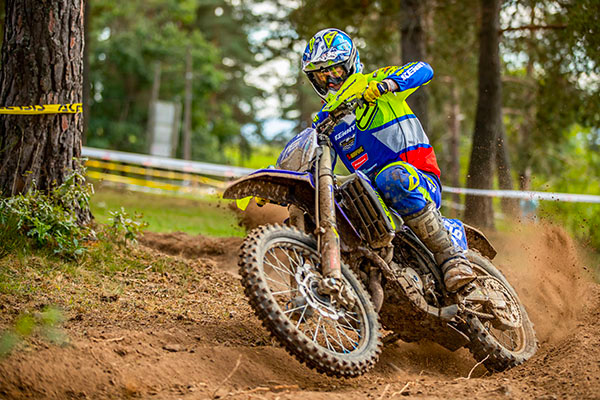 The fight in the E2 category was superb all day. It was LoÌøc Larrieu who snatched the victory at the expense of Alex Salvini. The two men fought blow for blow. But Larrieu, probably boosted by the many French fans, found the strength to win and separate himself and Salvini by just one point. Sunday will be an intense and decisive day for the title.

Steve Holecombe did it, he took a new world title in the E3 category! The 5th in 4 years of Senior competitions. The Brit knew he could ‰Û÷save‰Ûª his very tough season with this success and have a reason to smile. Very emotional when he arrived back into the paddock, Holecombe dedicated his latest title to his team and all his relatives. Joining Holecombe on the podium were his season long rival, Danny McCanney and France‰Ûªs ever-improving David Abrgrall.

In Junior, Wil Ruprecht won despite the Epstein Barr virus that continues to wreak havoc with his health. The Australian has drawn on all his resources to get this second win in 2019. It's a great reward for him and Joakim Johansson‰Ûªs team. Theo Espinasse was just over a second and a half behind the Australian, having provided a spectacular race as usual. The young Brit Dan Mundell accompanied these two on the podium, bringing more silverware to Sherco Factory.

In J2, Ruy Barbosa won ahead of Till De Clercq and Emanuele Faccetti. But we must give a nod to Enric Fransisco who, despite a big crash which left him battered and bruised, won the World J2 title, triggering euphoric celebrations for his team and manager, Ivan Cervantes.

Hamish Macdonald has made a whole nation proud by becoming the first World Enduro Champion from New Zealand. Macdonald won the title after a very complicated season after he broke his collarbone in Spain. He pushed hard to recover and return to the top of the category. This title augurs really well for the Kiwi, who hasn‰Ûªt yet realised the full extent of his success.

‰ÛÏI can not find the words, this title is just incredible!" Macdonald said. "The season was very tricky when I broke my collarbone, and my rivals have pushed. All I can say is thank you to my team and my family, but also to the Edmondson family for welcoming me and taking care of me away from home all year. I still haven‰Ûªt taken in what's happening, but I can promise you that we're going to celebrate tonight!‰Û 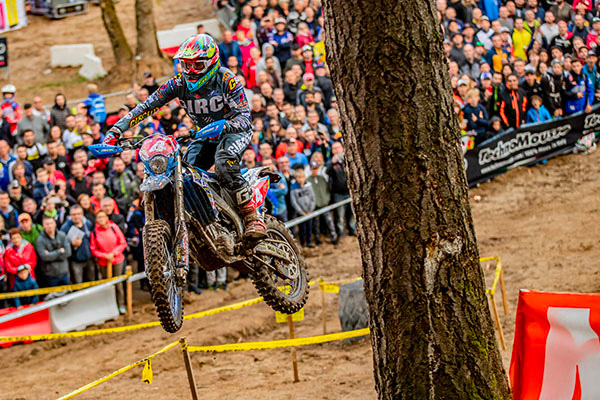