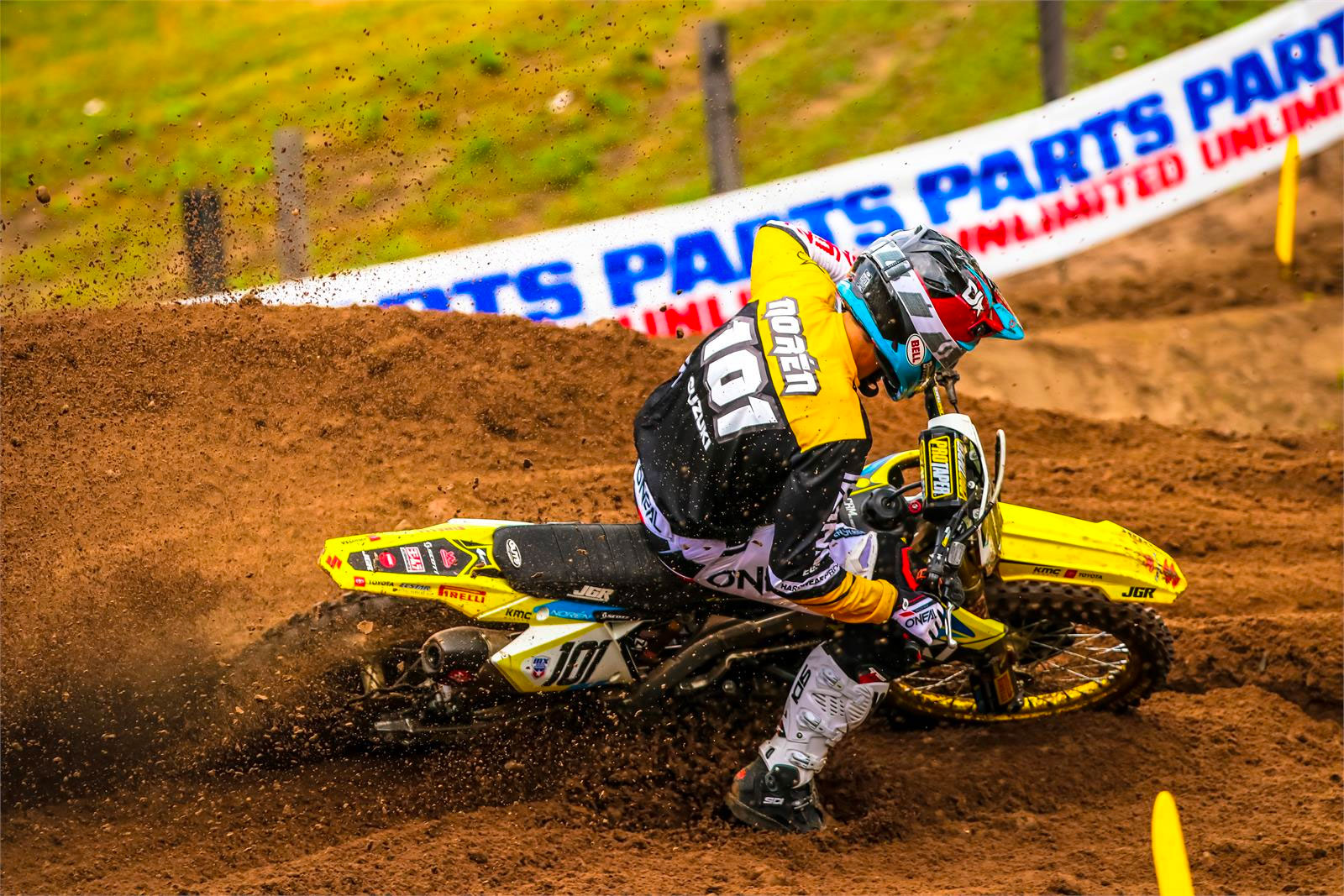 Noren received a call early last week to join the JGRMX/ Yoshimura/ Suzuki Factory Racing Team as a fill-in for Hill. Racing as privateer for most of the Pro Motocross series, the Swedish fan-favourite jumped at the opportunity and kicked-off his Suzuki debut strongly.

‰Û÷Fast Freddie‰Ûª proved his talent and speed at the Wick 338 track, qualifying fifth fastest of the day, and charging hard with the lead pack in both motos. Noren scored fifth place in moto one, and dug deep to finish seventh in moto two; resulting in seventh overall. In reality, Noren was in a three-way tie for fifth overall but was relegated to seventh based on the series‰Ûª tie break scoring. That said, his fifth place in the opening moto matches a career-best and he is excited to continue the momentum with the team, and finish-out the series with Suzuki.

I had an awesome start with the JGRMX/ Yoshimura/ Suzuki Factory Racing crew in finishing seventh overall. Having the support system of everyone around me this weekend was more helpful than I can explain. I couldn‰Ûªt ask for a better bike in the Suzuki RM-Z450. I‰Ûªm excited for the remainder of the season.