Aussie Mens and Women's Trophy Teams Off to Solid Start 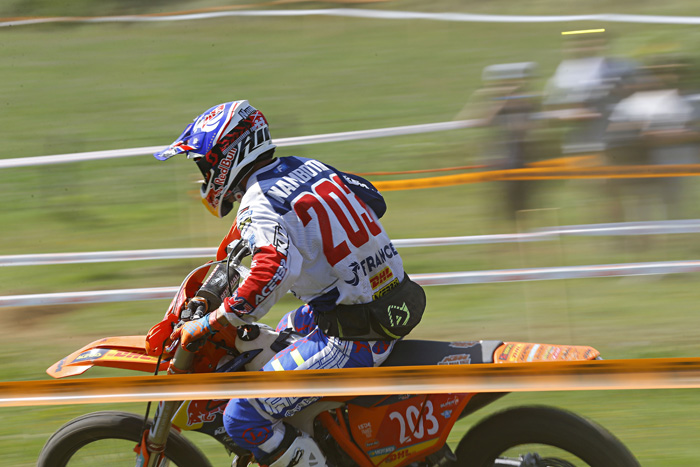 Day one of the ninety-second running of the FIM International Six Days Enduro (ISDE) in Brive, France saw defending FIM World Trophy team champions the USA run into troubles almost as soon as the event started. 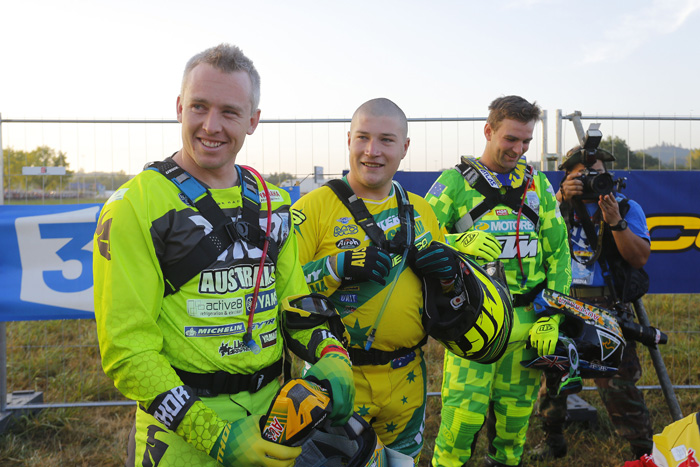 ‰ÛÏToday was a good day for me and team France,‰Û 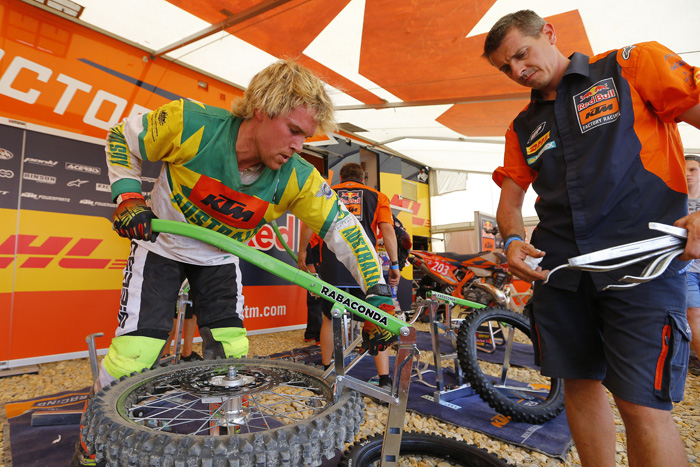 Daniel Sanders finished day one 6th in E3, with all of the Aussie Trophy team finishing well inside the top ten in their respective classes.
Sweden got the defence of their FIM Junior World Trophy title off to the best possible start by topping the opening day ‰ÛÒ twenty-eight seconds ahead of Italy ‰ÛÒ helped by an impressive performance by Albin Elowson ‰ÛÒ Husqvarna. Italy showed that they are more than capable of claiming victory in the Junior World Trophy class, as did France who placed less than four-seconds behind the Italian trio.

The fourth team to place less than one-minute apart at the head of the Junior World Trophy category was the USA, fifty-three seconds behind winners Sweden.

The Aussie Junior trohphy team is all but out of contention in this years event with both Michael Driscol and Wil Rupercht running into trouble on the opening day, though details have not yet come through. Lyndon Snodgrass impressed with a 12th place result in E3.

Helped by the performance of Laia Sanz ‰ÛÒ KTM, Spain have taken an early lead in the FIM Women‰Ûªs World Trophy category. Some forty-two seconds ahead of defending champions Australia, Spain will have to keep their focus as they head into the second day of competition if they are to stay ahead of the experienced Australian trio.

Tayla Jones lead the way for the Aussie women, finishing the day 43 seconds behind Sainz, with Jessica Gardiner not much further behind in 3rd position. Jemma Wilson ensured a trio of top ten results for the team finishing the opening day in 8th position.

The USA placed third for the day with France fourth and Sweden fifth.