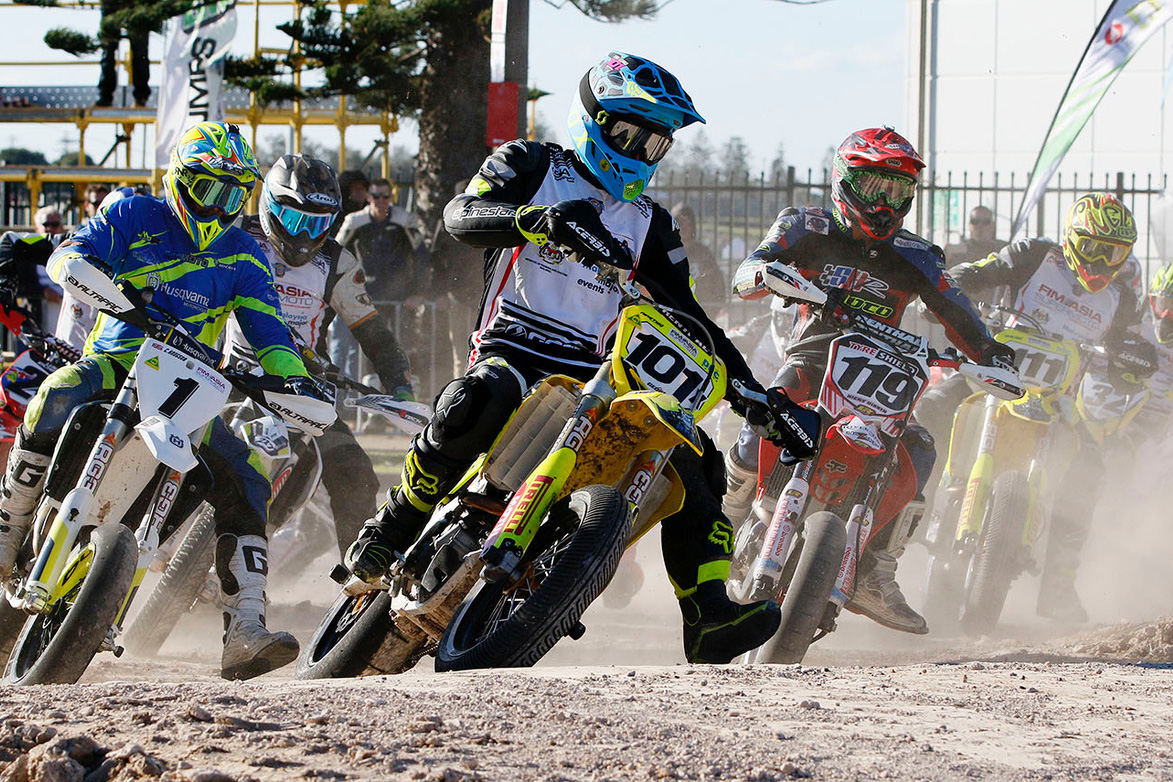 This year‰Ûªs event will take place 1-2 September 2018 and will make its return to the Newcastle Foreshore, NSW.

The Father‰Ûªs Day weekend event will feature non-stop and action-packed racing for both days. A host of talented names and the sport‰Ûªs greatest champions are set to battle it out. The City of Newcastle is rich in motorcycle racing history and is surrounded by impressive scenery.

In an interesting development, the winner of the Newcastle International Supermoto will be awarded a Wildcard Entry to the SuperBikers held in Mettet, Belgium in October. Boyd Events will provide the airfare, accommodation and bike hire to the winner.

The 2018 FIM Oceania Newcastle International Supermoto featuring the Australian Supermoto Championship is an exciting format raced on both road and dirt. Not only will the race showcase Australia‰Ûªs top domestic riders, but also a host of elite international champions as well. The event will be live streamed to the world, and broadcast nationally on SBS Speedweek, Fox Sports Australia, Fox Sports Asia, Motors TV in Europe and MAVTV to the USA, Canada and Mexico.

Promoter Graeme Boyd sharing; ‰ÛÏPeople are starting to now understand what an impressive event the Newcastle International Supermoto is. Last time we were at the foreshore in 2016 we had a huge crowd of 20,000 on the Saturday and 30,000 on the Sunday. It‰Ûªs just such a special event. We also get a huge following from Indonesia, the Philippines and Japan. As always, there‰Ûªs a huge interest in the United States. We cannot wait for it all to kick off in September!‰Û