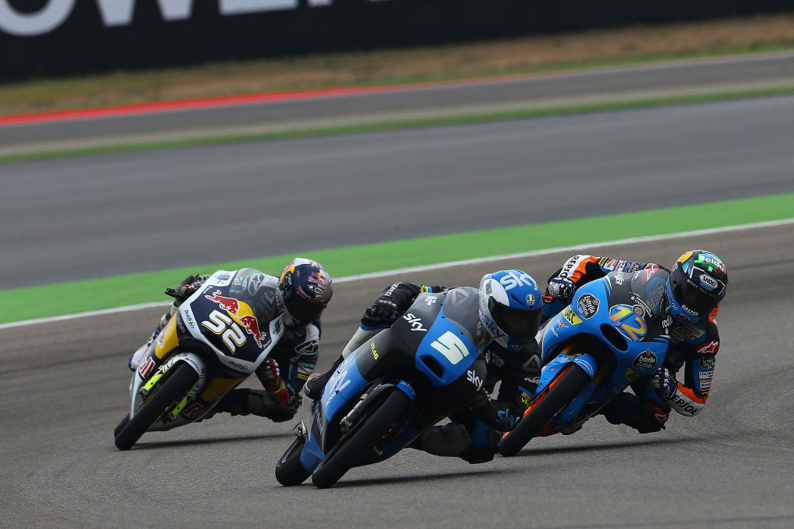 KTM rider Romano Fenati of Italy powered his way to his fourth victory of the season in Round 14 of the Moto3 World Championship in a dramatic and incident filled race on the Aragon circuit in Spain.

The Italian Romano Fenati delivered a hard fought final three laps to outsmart Alex Marquez in the final meters while Husqvarna rider Danny Kent picked up third for his second podium of the season.

Fenati started back at thirteenth grid position and had worked his way up to podium contention half way through the race. He said he knew it would always be a matter of the final corners.

‰ÛÏIt was always going to be very difficult with the fastest riders but today I had a good feeling for the bike,‰Û 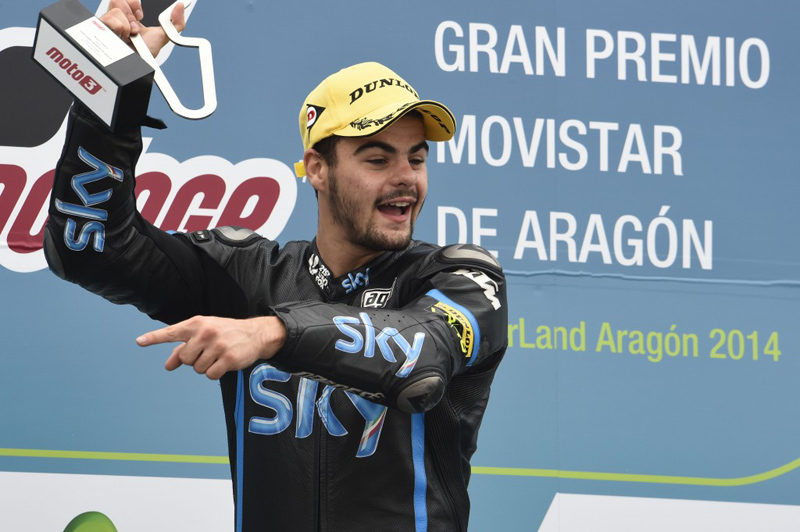 Top Image: Romano Fenati on his way to winning in Aragon