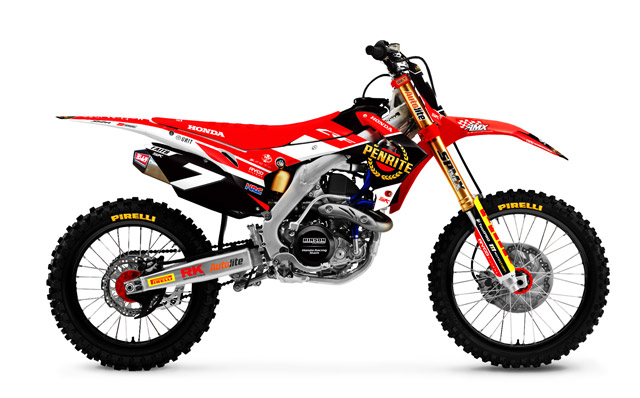 No stranger to winning on Aussie soil, the two time ASX Champion is excited to compete for his third 250cc championship. Faith feels this will be the hardest year to get the job done.

"The competition is stacked this year- Decotis, Melross, Makeham, Wills; there will be a full gate of racers going fast this year and I will have my work cut out".

The American rider is stepping back down to the 250 class and is adamant it's for the right reasons.

"I don't race a 450 at home and I am racing 250's again next year. It doesn't make sense for me to race something I don't ride or race back home. Coming to Australia is the best preparation for the American championship and I need to make smart decisions".

Now a seasoned campaigner, Faith has experienced a high degree of success in the Australian Supercross Championship and believes he will return to the podium in 2016.

"Since I started coming to Australia in 2011 I have finished first twice and second twice. One of my greatest achievements came last year when I finished 2nd to Chad Reed in the AUS-X Open in the 450 class. Depending on where I am running in the championship, I don't want rule out racing both classes in the indoor at the end of year in Homebush."

General Manager of Penrite Oil, Toby Dymond is partnering the Honda backed team for a fifth consecutive year. Dymond welcomes the return of the American and agrees that this year's competition will be fierce.

"Gavin is arguably one of the best 250 riders competing globally right now, however, the field is stacked and anything can happen when the gate drops. We are very happy to continue in motorcycle competition. We have our motorcycle range being sold in more than 500 retailers and this is a great medium to market the performance of our products".

Faith will be joined by former Honda junior development sensation and MX2 / SX2 front runner Josh Cachia. The very talented racer has been missing from competition for over a year and is realistic about his return to racing.

"I am very appreciative to be given this opportunity against such a stacked field. Yarrive Konsky and Andy Dyson of Dyson Logistics have come together to give me this chance and I am extremely grateful. I expect it will take me a few rounds to get up to speed. I aim to run inside in the top ten and work forward".

Team Manager, Steve Powell is excited about Cachia's return and acknowledges the hard work and dedication he has witnessed made the decision a lot easier.

"Josh has proven to everyone that he is committed and he has demonstrated a very mature approach to racing this season. It is going to be tough for him, as Faith, Decotis and Melross will be hard to beat".