End Of An Era As Last Husabergs Hit Australian Dealerships 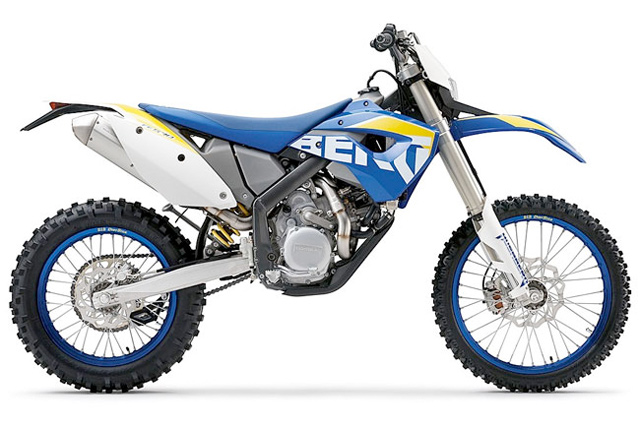 The last new ‰Û÷bergs have left the warehouse, the factory racing team has completed its final year‰Ûªs schedule, and now Husaberg Australia‰Ûªs Director Jeff Leisk has spoken warmly on the end of an era, with the winding down of Husaberg Australia.

‰ÛÏAt the time when we took over the distribution here in Australia, we invited then world champion Joel Smets out, back when the Thumper Nats was at its peak, which was probably about 17 years ago." Leisk explained. "I think the bike, at that time, was what everyone was looking for - a lightweight, innovative, four-stroke race machine, and the Thumper Nats was the perfect place to showcase it.

"Joel came out and put on and amazing display of riding at Dargle, and it always felt like we kicked off on the right foot that day. From that point on it always felt like we had a good strong following for the product. I can't really put my finger on the popularity of the brand any better than just to say, Husaberg was providing exactly what the Australian market wanted.

‰ÛÏKTM's ownership was probably the start of another era for the brand. It was always known for its performance, its light weight, its innovation, but it probably lacked the fit and finish and reliability that the likes of KTM had. But that all changed, and in particular when they launched the 70å¡ engine concept - that was another milestone for the brand, and that particular bike really took it to another level.

"It was highly innovative, there was nothing else like it on the market, and again the Australian public loved it. We sold thousands of those bikes.

‰ÛÏOur dealers were extremely passionate." Leisk continued. "It wasn't always smooth sailing. There were some challenges, particularly when the product was coming out of Sweden, and our dealer network stuck by us through thick and thin. And over time they proved themselves to be very loyal dealers that loved the brand and supported it, both by supporting their customers with the product, and us as distributors.

"Although there were some hard times with the brand, there were a lot of good times, particularly in the later years. So, to be a part of Husaberg in Australia these 17 years, it was a privilege, it was a really good journey.

‰ÛÏMany of our owners are racers and I‰Ûªm very grateful to the racers who helped make the brand a success in this country.

‰ÛÏAs for the future, we are part of AHG, Australia's largest automotive group. We are a highly respected, credible organisation, and with that backing, we fully intend on supporting the current owners, and obviously there are still going to be some future owners of Husaberg.

"We‰Ûªll support them 100% into the future, with spare parts, with warranty, and with backup.‰Û