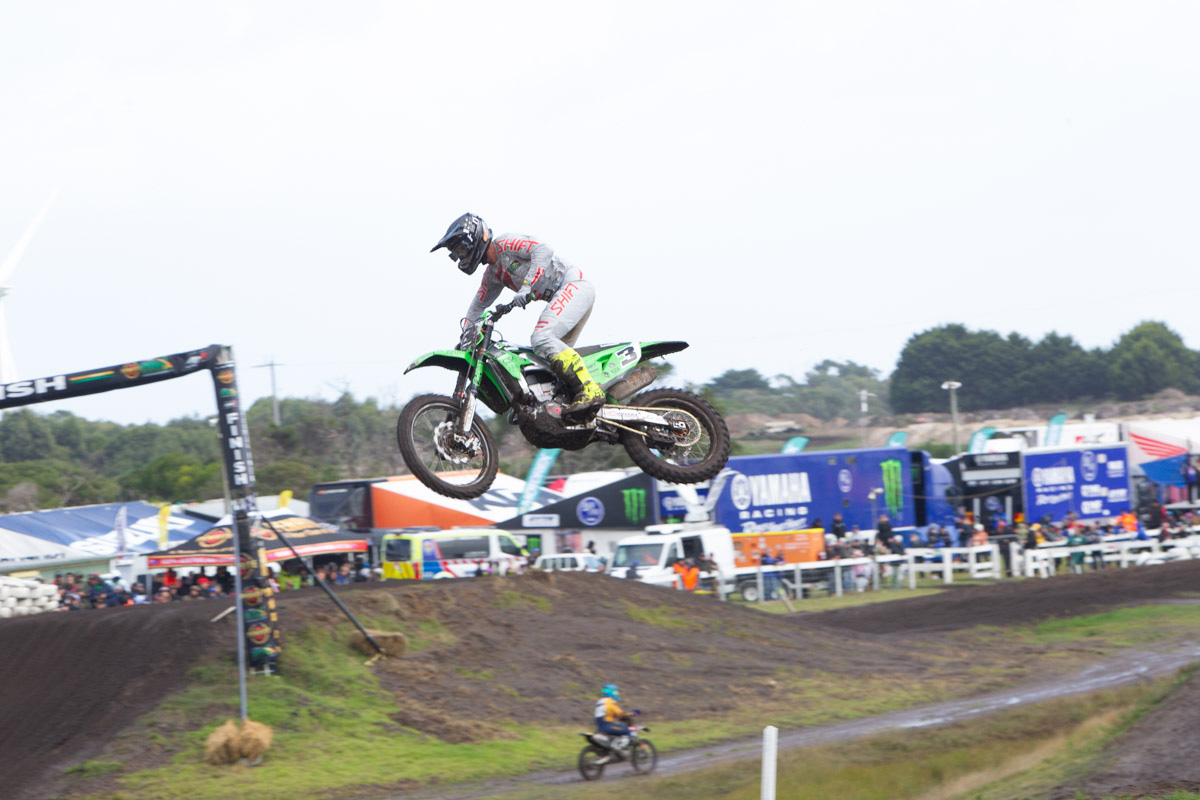 Rykers on his way to a solid top ten round result at the opening round of the 2021 PROMX Championship - Photo: Garry Morrow
Empire Kawasaki returned to racing at Wonthaggi‰Ûªs 2021 ProMX Championship opener on Sunday, marking the team‰Ûªs national debut with Jayden Rykers competing in MX1 on-board his KX450.

Rykers initially signed with Kawasaki for last season, however, today marked his first outing with the Empire Kawasaki team following the cancellation of last year‰Ûªs series. As a result, round one proved a crucial learning experience for the highly-rated Western Australian.

Qualifying in rain-soaked conditions that only became rougher as the round wore on saw Rykers record the 14th-quickest time overall and his day drastically improved from that moment as he adapted to conditions, to finish with a 7-10 scorecard for eighth overall.

‰ÛÏThe day started off a little slow for me in qualifying, but I got an awesome start in that first moto, so that was good and from there it was still a challenge for me in selecting the best lines ‰ÛÓ I found it hard to piece the track together,‰Û