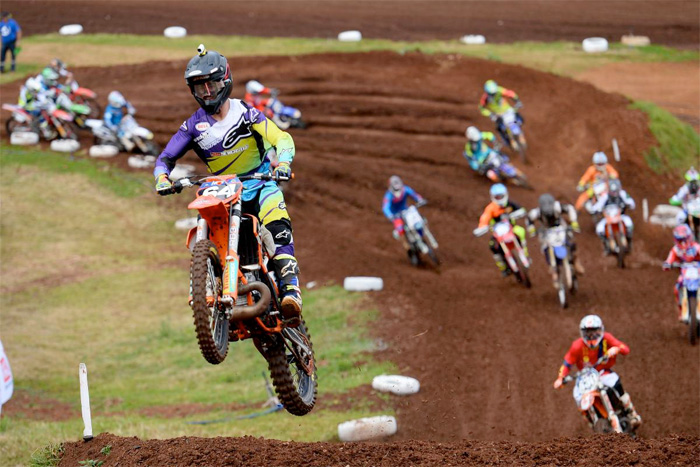 The third installment of the North Privateer Cup took place over the weekend in sunny Queensland, for round nine of the MX Nationals at Echo Valley in Toowoomba.

With no rest for the wicked, the North Cup roared back into action, with Kawasaki mounted Daniel McEntee once again taking top honors in the Motul MX1 Class.

With the round marking the second last stop on the MX Nationals calendar, McEntee took advantage at Toowoomba, racing to 13th overall in the main competition and finishing the round on the top step in the privateer class once again.

Yamaha mounted Matthew McEntee took 16-17 results to finish the round in an impressive second in privateer cup standings.

In the Pirelli MX2 class, Newcastle KTM‰Ûªs Dylan Wills dominated his North cup competition ‰ÛÒ racing to fifth in moto one, and fourth in moto two in the main competition, to take fourth overall, and secure the North Cup Privateer honors for the day at Echo Valley.

‰ÛÏThe weekend went well, I was able to make passes on the two biggest names in the championship and move into the lead in moto one,‰Û