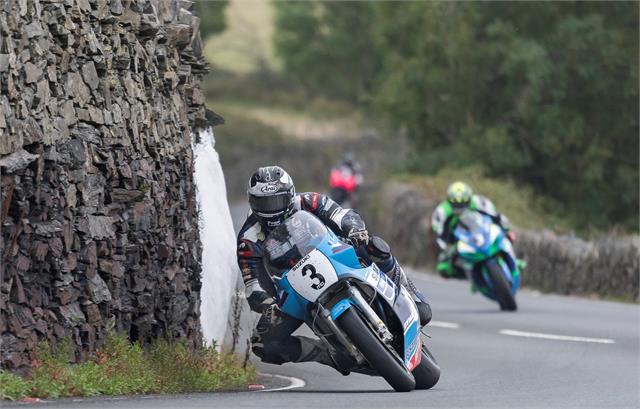 Bookies favourite Dunlop, who won the race at last year‰Ûªs event, started strongly, and had pulled out an eight second lead on the opening lap by the time he arrived at Ramsey. He extended his lead to 10 seconds at the Bungalow before ending the lap nearly 12 seconds to the good with a lap of 125.872mph.

The second lap saw Dunlop set his new lap record, despite having to slow down for his pit stop, his lap of 126.808mph helping him to his third Classic TT Superbike win in four attempts, crossing the line with a new race record of 1:12:57.75.

‰ÛÏIt was really hard today but I kept at it." Dunlop said. "The big girl was working really well. I‰Ûªve got to thank Steve Wheatman and the boys for that. People don‰Ûªt understand how hard it is but it‰Ûªs hard work around here.‰Û