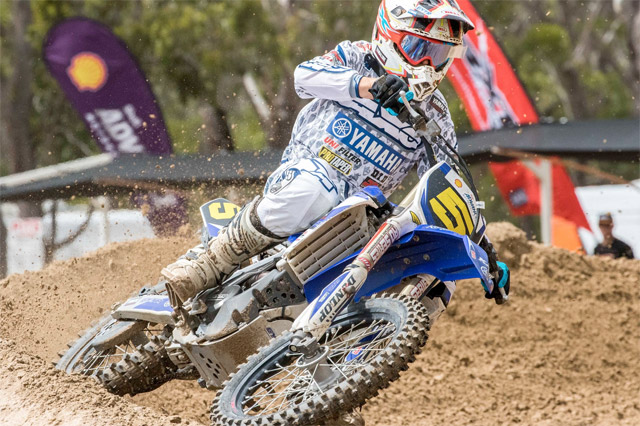 Yamaha Junior Racing‰Ûªs Jake Williams scored two Queensland Motocross Championship victories over the weekend, winning the 15 years 250cc and also the 13-15 years 125cc as the final round of the series concluded at Hervey Bay.

Williams, from Roma, was in good form the entire weekend and enjoyed racing the sandy Hervey Bay circuit and took out both championships in impressive fashion.

He simply dominated the entire weekend, taking the perfect three from three race wins on his YZ250F making it a clean sweep of all six races in this years‰Ûª championship on his 250. He matched those results on his YZ125 in the 13-15 years 125cc class with another three wins to win the 125 championship in a perfect weekend for the YJR rider.

‰ÛÏAt the start of the year it was my goal to win the state championships for YJR so it‰Ûªs awesome I was able to achieve that,‰Û