Difficult outing at Shepparton for the Crankt Protein Honda Racing 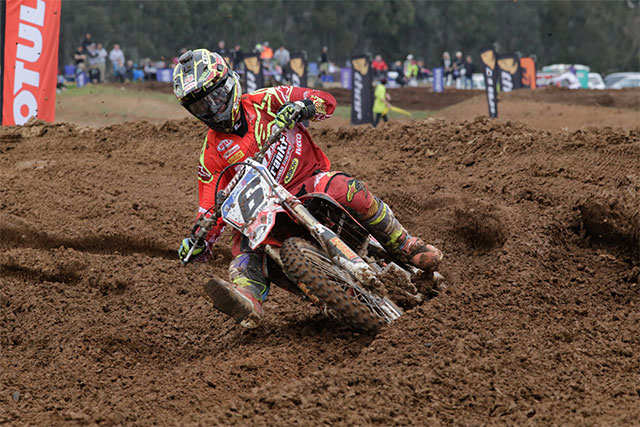 The Crankt Protein Honda Racing Team have taken the positives from the weekend despite a challenging Round 8 of the Motul MX Nationals at Shepparton in Victoria on Sunday.

With MX1 pilot Dylan Long sidelined for the round due to a virus, teammate Jay Wilson flew the Crankt Protein Honda Racing Team flag solo on the weekend, showing plenty of potential, despite suffering some bad luck.

After having electrical problems during qualifying, Wilson and the team made some improvements and he looked to redeem himself in moto one. After a great start, Wilson put himself in a position to battle with the front riders, however, only 10 minutes into the moto, Wilson came together with another rider, causing him to lose his exhaust, eventually nursing his machine to the finish line where he concluded the race in 8th place.

In moto two, Wilson started strong in position four, and managed to hold off Todd Waters for the first couple of laps. Once Waters came past, Wilson put his head down in chase, but unfortunately that was cut short with a crash four laps into the race, re-injuring his wrist which has just been recently operated on forcing him to DNF.