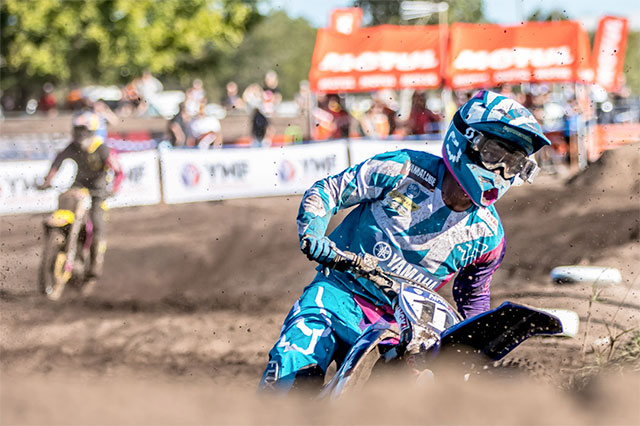 After a successful return to Australian racing and taking his first MX Nationals crown, Dean Ferris has re-signed with the powerhouse CDR Yamaha team for the 2017 motocross season.

Ferris will focus on the 2017 MX Nationals as well as the New Zealand Motocross championships and continue the blossoming relationship between CDR Yamaha, JCR Yamaha as well as Yamaha Motor Australia and New Zealand. Ferris also has an option to contest the Australian Supercross Championship later in the year.

Ferris, the Yamaha YZ450F and the CDR team proved an irresistible combination this year with Ferris storming home in the second half of the MX Nationals taking race and round wins to claim the coveted MX1 championship, his first professional championship win.

And heads were again turned when the outdoor specialist landed on the podium at the opening round of the Australian Supercross championship, right on the rear tyre of US import, Justin Brayton.

The 26 year old Kyogle resident, says working with the CDR Yamaha team and being on such a great bike made his decision an easy one and he looks forward to another successful year.

"Returning to CDR was the best thing for me to do," starts Ferris. "I felt it was really important to continue with the same team and same structure that saw me have a lot of success this year and build on the relationship I have with CDR, JCR and Yamaha Australia.

"It also sounds strange but I liked the idea of racing and living on the same continent for two years in a row. Racing around the world is awesome but Australia is home and if I'm going to race here, then I want to race for the best team and that is CDR Yamaha.

"I'm looking forward to again working with Craig and Josh and getting to work to defend my number 1 plate in the MX Nationals," Ferris concluded. 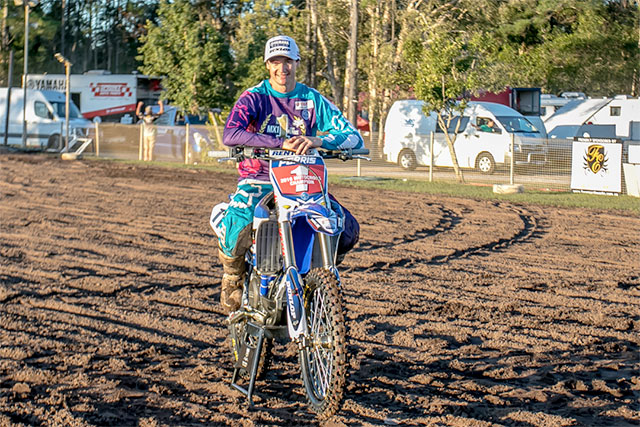 Current Australian Motocross Champion Dean Ferris will be back with CDR Yamaha in 2017. Photo: Arryn Minerds
Dean's season will start early in the new year when he heads across the ditch to race the New Zealand motocross championships before return home in March for his MX Nationals campaign.

CDR Yamaha team manager, Craig Dack, is delighted to have Ferris back on board for 2017 and believes the best is yet to come from the reigning MX Nationals champion.

"Results aside, what really impressed me with Dean this year was how he matured as the season went on. He took on advice from the team, changed the way he approached his racing and to his credit, then achieved the results we all knew he was capable of," Dack explained.

"The first year working with a new rider is always the most difficult as each party works out how things operate and now entering our second year with Dean, I feel we are well placed with him as he know what makes him tick and he understands how we work and has complete faith in our team.

"Together we will strive for another successful season," Dack concluded.