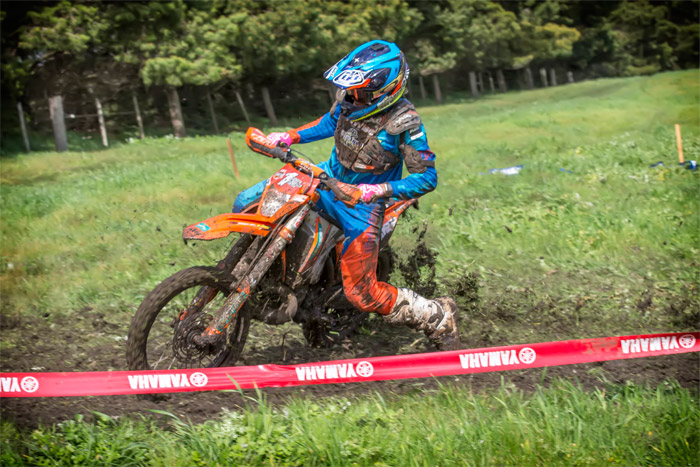 Following in the footsteps of Dakar Championship and ex-teammate Toby Price, KTM Enduro Racing Team‰Ûªs Daniel ‰Û÷Chucky‰Ûª Sanders has successfully blitz to a victory claiming finish after six tests yesterday, at the 2016 Yamaha Australian Off-Road Championship in Penshurst in Victoria.

His consistency throughout this year has cemented his 2016 Championship victory here today, claiming both the outright Championship title and winning his Championship E3 class on 292 points.

With most Championship classes still mathematically in the running heading into Rounds 11 & 12, this weekend proved vital for competitors like KTM Enduro Racing Team's Tye Simmonds and KTM mounted Jack Simpson. But after an undeniably tough two days in torturous conditions both KTM riders have come out on top claiming Championship victory in their respective classes.

Simmonds riding to a successful Championship E2 win after what has been a mixed year for the young rider. Simmonds has proved that hard work, training and dedication pays off, as well as a great team backing.

Simpson was fresh out of the Motocross scene at the start of the AORC season and with no expectations heading in to the first round this season for him was a question mark. However, Simpson today proved that AORC was his calling, showing his switch from Motocross was a great choice. He has secured the 2016 AORC Championship E1 class victory, exclaiming he was absolutely stoked with the win.

It has been undeniable this year‰Ûªs Transmoto 19 and Under competitor Wil Ruprecht has shown great potential on his Motul Pirelli Sherco Factory Racing Team machine but with some massive hurdles to jump this year it hasn‰Ûªt been the easiest road. However, Ruprecht has come through tough times to come out victorious celebrating a Championship win in his respective class.

Yamaha mounted Jemma Wilson, the Championship favourite, solidified her victory chase today finishing first in her class but not only did the young curly haired, bubbly woman take a win today she has walked away with the Women‰Ûªs Championship in Wilson style.

Peter Schaper despite a 4,4 finish this weekend, managed to retain the top position taking the Championship Masters honours today at Round 12, 29 points ahead of second place.

Bjorn Osborne and Anthony Greene came in to Rounds 11 & 12 still mathematically in championship contention but with the wild weather and fading track conditions both Osborne and Greene decided to sit the final round on the sidelines leading to Osbourne taking championship glory today by 24 points after a hard fight all year.