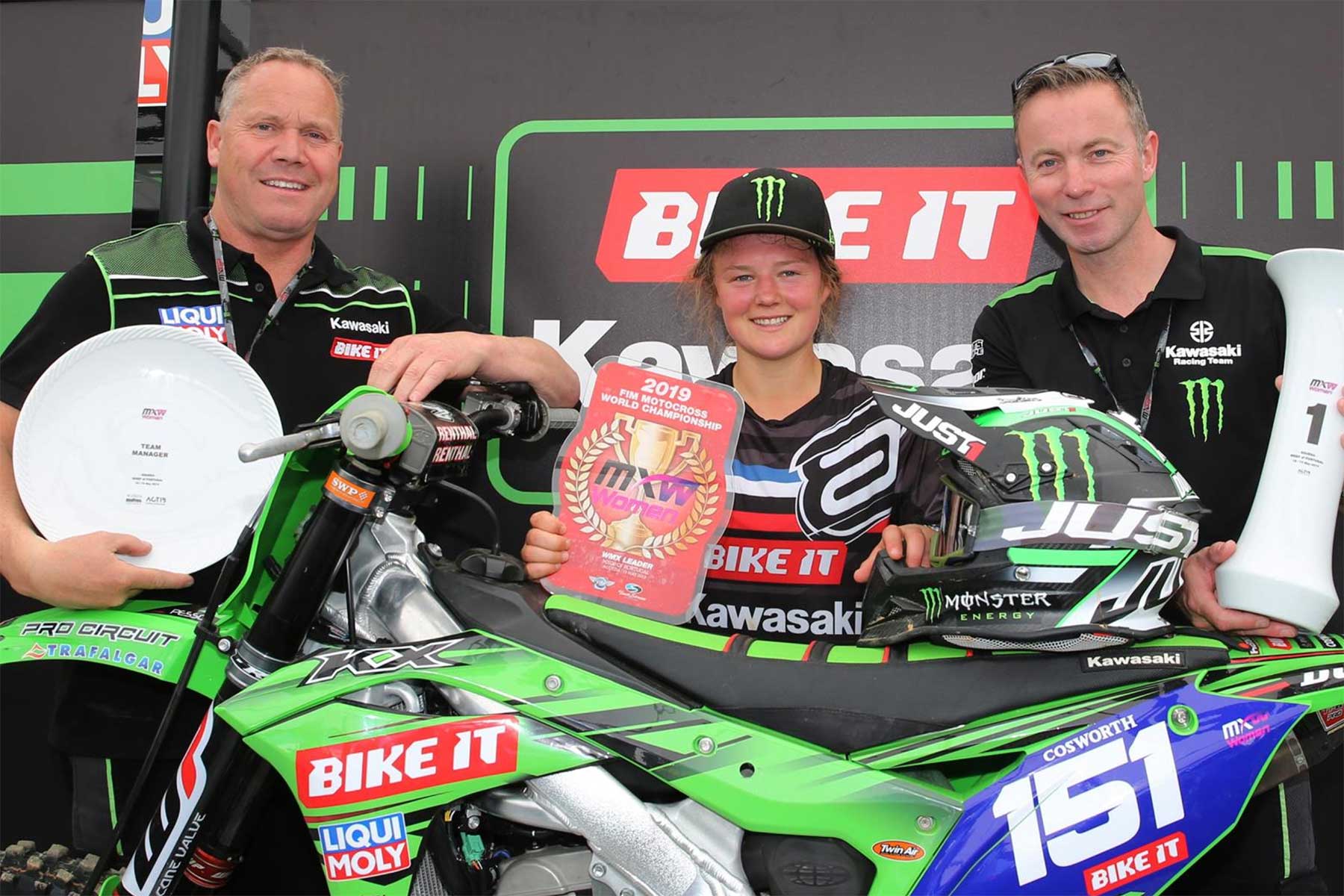 Courtney Duncan with the spoils of victory after dominating the recent WMX round in Italy.
Immediately after celebrating her third consecutive double-moto GP success at Imola Courtney Duncan extended her contract with Kawasaki Motors Europe and the Bike It DRT squad into the 2020 season.

The 2019 season has been excellent so far for both Courtney and DRT manager Steve Dixon, who collected the podium honours at each of the last three rounds of the FIM World WMX Women's Motocross Championship and have led the series since the Portuguese GP in May.

Victorious in every moto bar one at the opening round of the series, the twenty-three-year-old New Zealander quickly adapted to her new bike and team and is now close to her first-ever world title as she leads the series by twenty-three points headed for the final round in Turkey on September 7/8. Successfully racing the new 2020 KX250 to victory in the last two rounds, Courtney was so happy with her new environment that she has already extended her contract for the future.

‰ÛÏI'm very thankful and excited to announce that I have extended my contract with Kawasaki and DRT through 2020," Duncan said. "I really feel at home with the team and feel the KX250 suits me perfectly. This is just the start and I‰Ûªm looking forward to seeing what we can continue to achieve together in the future.‰Û 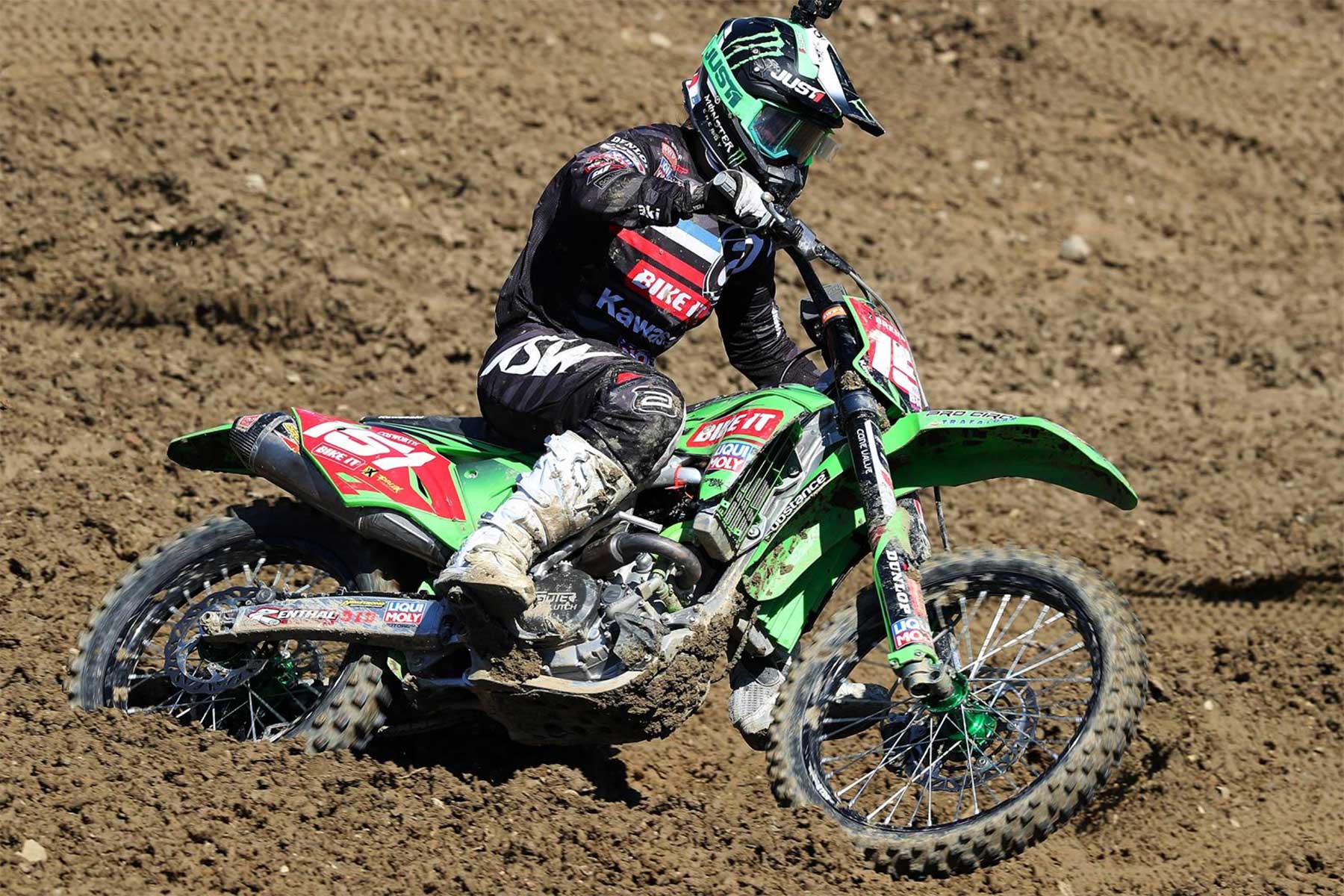 Courtney Duncan heads into the final round of the FIM Womens Motocross World Championship with a 23 point lead.