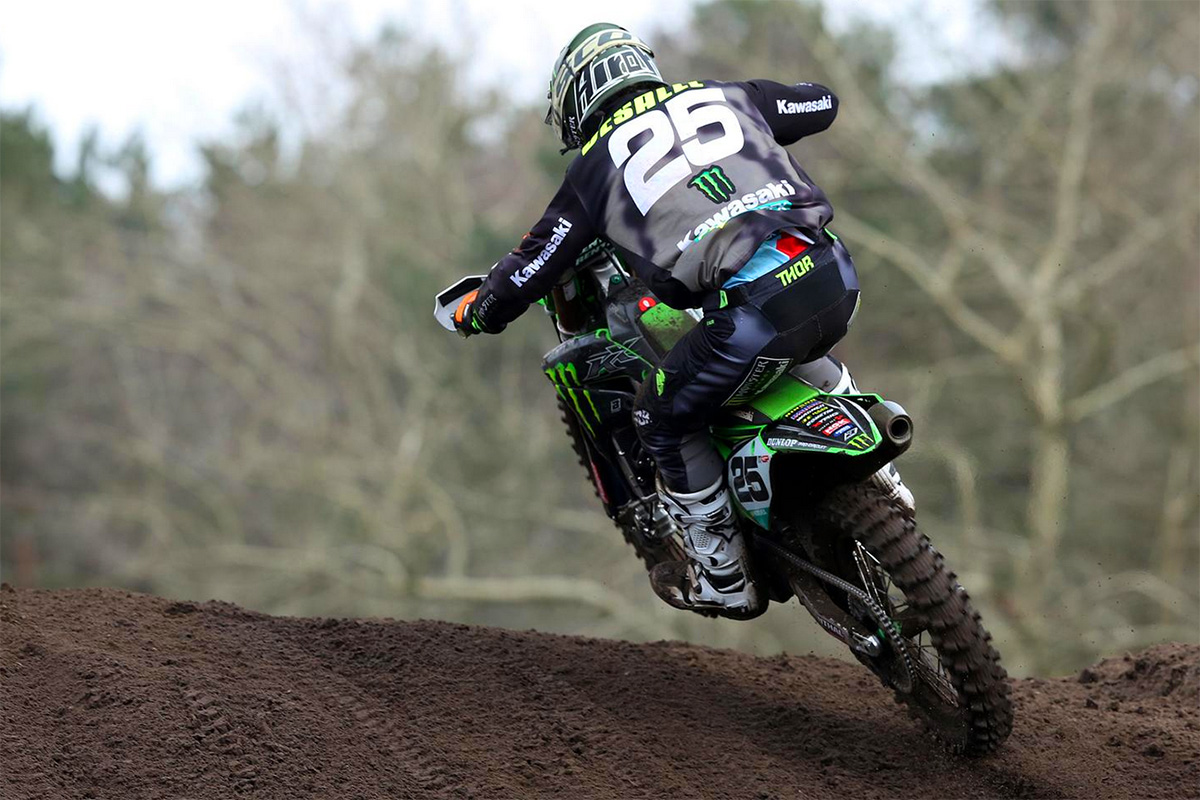 Having spent much of the winter testing in more suitable weather in Spain both Desalle and team faced a new challenge to adapt to the adverse conditions and they responded admirably to retain third place in the standings.
Monster Energy Kawasaki Racing Team's Clement Desalle remains third in the FIM World MXGP Motocross Championship series points standings after a tough weekend in the GP of Europe at Valkenswaard.

Adverse weather affected racing all weekend at the Dutch track. The organisers did a magnificent job to prepare the track after torrential rain in the days prior to the event, but a severe cold front over the weekend caused icy patches on the track and an unpleasant airflow for competitors with a "feel" temperature well below zero.

Having spent much of the winter testing in more suitable weather in Spain both Desalle and team faced a new challenge to adapt to the adverse conditions and they responded admirably to retain third place in the series points standings after two solid if unspectacular performances; the need for caution was emphasised over the two days of action as several riders crashed heavily, fortunately without serious injury in most cases.

Desalle was initially eighth in the first GP moto and maintained that position to the chequered flag apart from a short time mid-moto when he relinquished the position, and race two followed a similar pattern as he started and finished seventh to secure seventh place overall over the weekend but more importantly retain his third place in the series standings as the series heads for more pleasant weather next weekend in Spain.

"I knew when I came here that it would be a tough weekend with such low temperatures; it was so cold that we had no fun riding our bikes," Desalle said. "We had never tested in these conditions but we improved my feeling with the bike throughout the weekend. I‰Ûªm happy that this weekend is over as I have some bad memories here.

"The start was really fast, it was difficult to pass and we saw that some guys crashed pretty hard," the Frenchman recalled. "Eighth and seventh meant that I was not in the leading group this weekend but I scored some important points today and we know that it will be a long season."