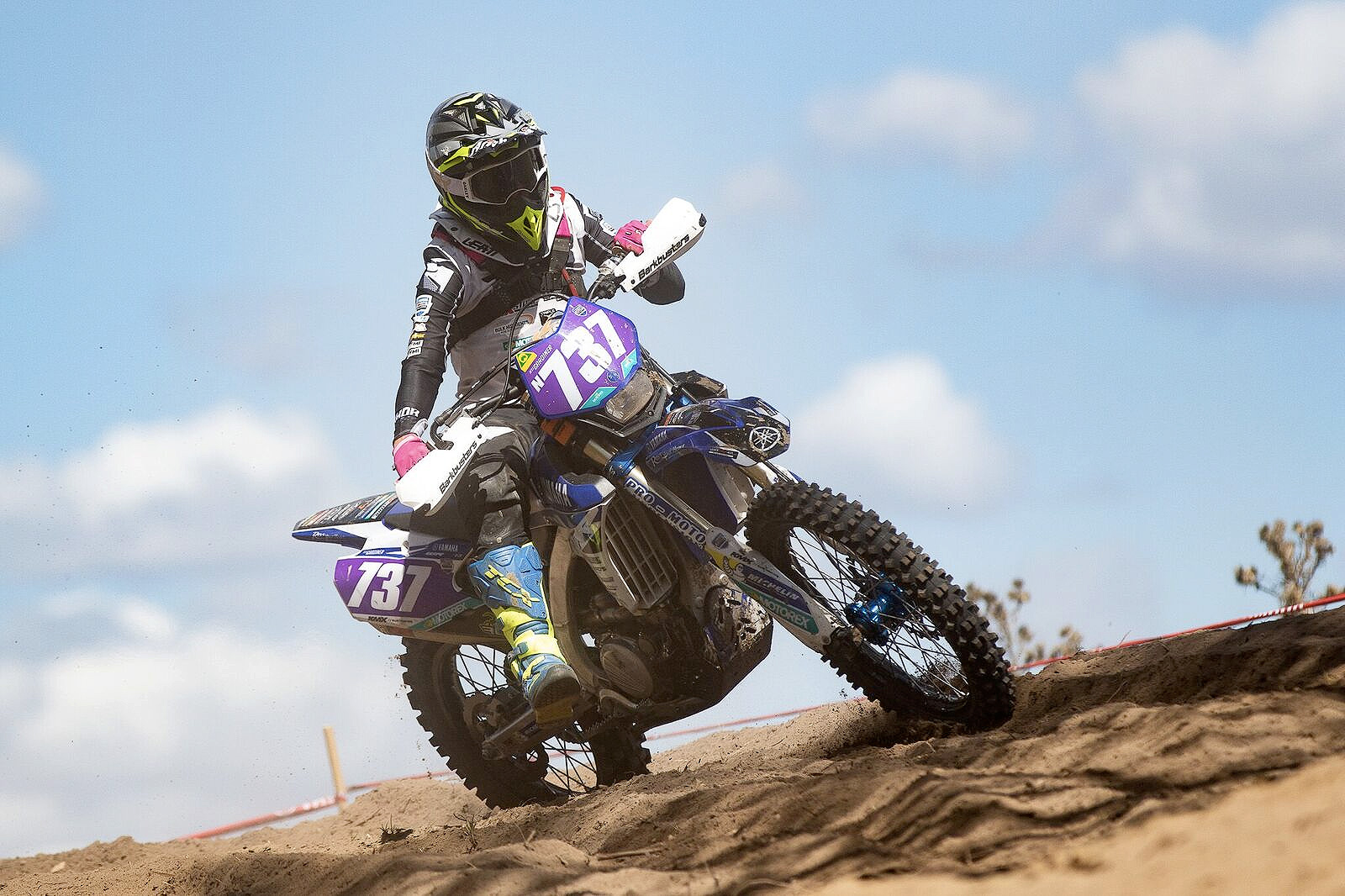 Yamaha‰Ûªs Jessica Gardiner took the round win and moved closer to the 2018 title. Photo: John Pearson Media
Round 10 of the Yamaha Australian Off-Road Championship (AORC) at Omeo, Victoria saw Richard Chibnall and Geoffrey Ballard take out the Veterans and Master‰Ûªs titles, with wins in today's cross country.

Jessica Gardiner inched closer to claiming the women‰Ûªs title with her win also.

Chibnall has been consistent as ever in the Veterans class and wrapped up the title in style today, as Ballard followed in similar fashion on his way to the Master‰Ûªs title.

Womens
Inching ever so close to claiming the women‰Ûªs title here at AORC was Yamaha‰Ûªs Jessica Gardiner. Gardiner had a fight on her hands with Emelie Karlsson for a majority of the five laps around the tough Omeo circuit. Her speed throughout the cross country was impressive and outlasted Karlsson with her time of 1:51:51.549.

The battle mentioned above was taxing as the girls pushed themselves to the limit over the duration, but Karlsson would have to settle for second on her Yamaha, after clocking a 1:52:09.849. The battle will be on again tomorrow as they both battle it out one last time to see who will take out the 2018 AORC Women‰Ûªs Championship.

Rounding out the podium was local Victorian Emma Milesevic who grabbed her first AORC podium with a time of 1:56:02.348. Milesevic has shown she could be a real threat in tomorrow's sprints with her speed.


Veterans
It all started well for Chibnall as he got off the line to a flying start coming out of the first turn in the lead. After that the field had to play catch up to try reel Chibnall in, but like on many other occasions this season, it just wasn‰Ûªt possible. Chibnall crossed the line on his KTM with a time of 2:58:35.133 to claim the 2018 Master‰Ûªs Championship. 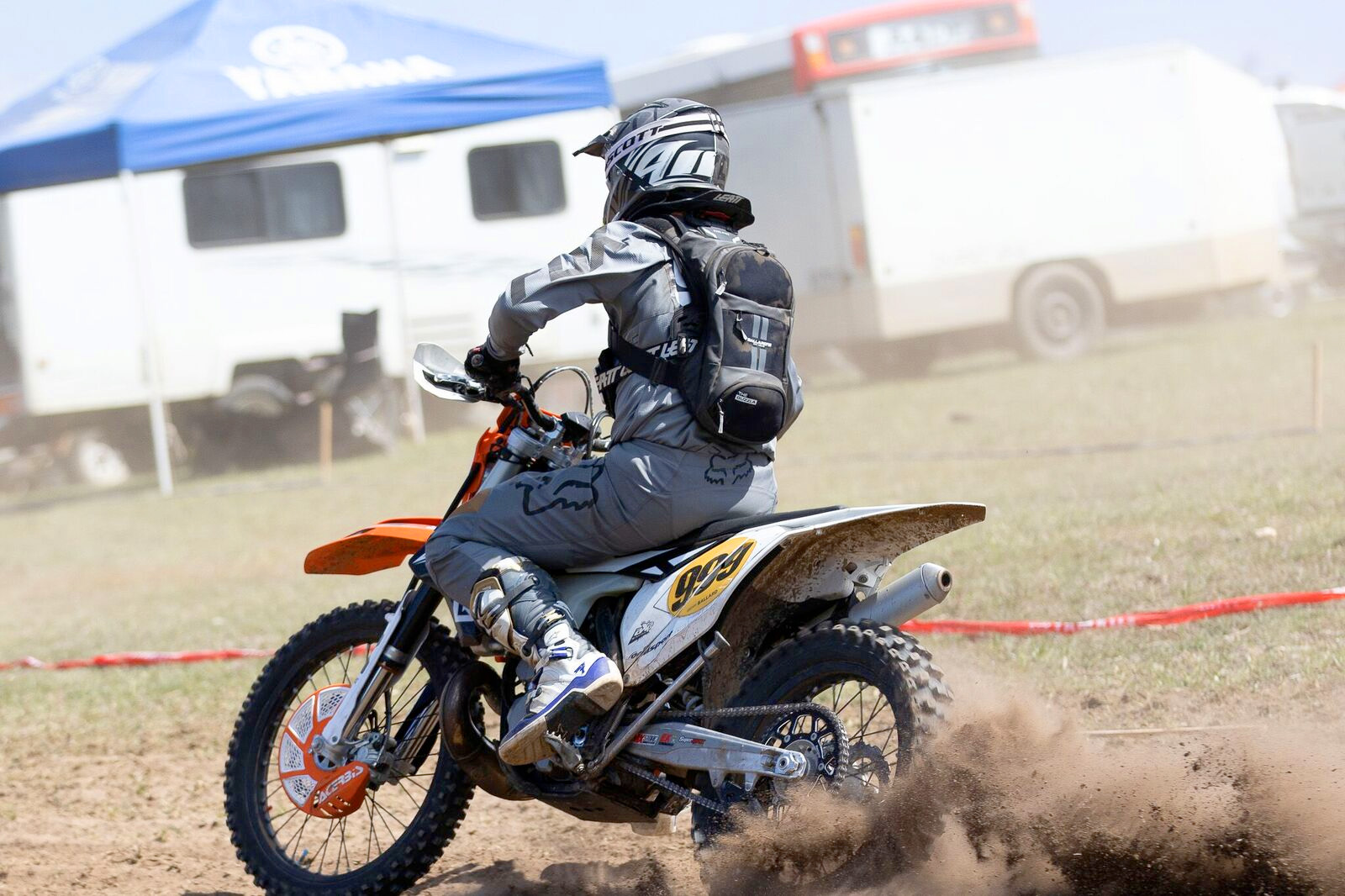 Geoffrey Ballard took the win in the Master‰Ûªs class. Photo: John Pearson
Master‰Ûªs
In a career that has seen him achieve a lot, you can now add the 2018 AORC Master‰Ûªs title to the list for Ballard. On his KTM he didn‰Ûªt look like relinquishing his lead at any point today and rode his way to victory after stopping the clock at 1:57:13.374.

A rider who has been really consistent in season 2018 has been Michael Widdison, and he proved that once again as he crossed the line in second with his effort of 1:57:53.722.

The last spot on the podium went to Stephen Boucher who put his local knowledge to good use on his way to a time of 1:58:15.032.

The field is back in action tomorrow for sprints as the Women‰Ûªs title will be decided, will it be Gardiner or Karlsson who takes out the Championship?