Championship Leader Aiming For Another Podium Result at Misano 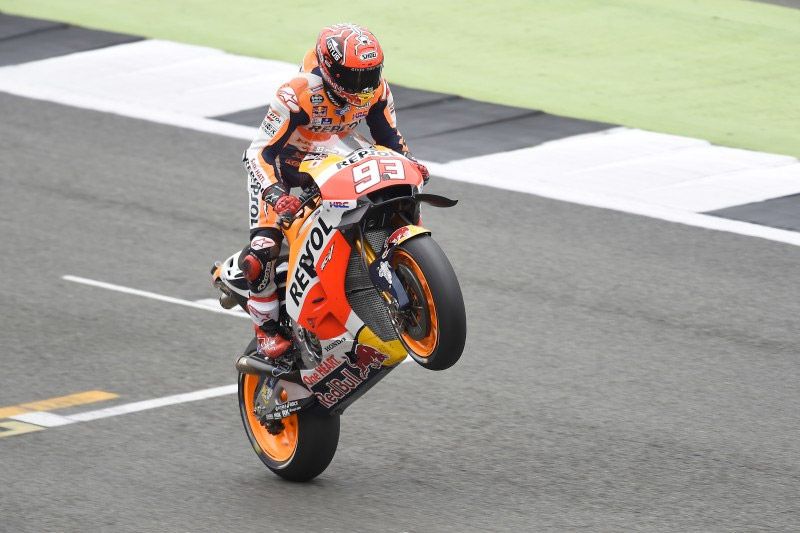 With just a couple of days for traveling from England to Italy, the MotoGP paddock is preparing for round 13 of the 2016 World Championship, to be held Sunday at Misano.

The Misano circuit was constructed in 1972 and has since undergone several modifications. A regular scene for Italian GPs throughout the ‰Ûª80s and early ‰Ûª90s, it returned to the MotoGP calendar in 2007, when the racing direction changed from counter-clockwise to clockwise. Renamed in 2012 as the Misano World Circuit Marco Simoncelli, it‰Ûªs 4.18 km in length and features five left turns and nine rights.

All in all we got an okay result in England, as even though we didn‰Ûªt make the ideal choice with the front tyre, in the end we lost just three points." Marquez commented.

"Now we head to Misano, which is quite a different track as it is twisty and slow. In San Marino I expect to fight again for the podium if we work well during the weekend.

"I‰Ûªm happy to go racing in Italy, where I really hope the weather will be nice and give us the chance to make the most of every session.‰Û