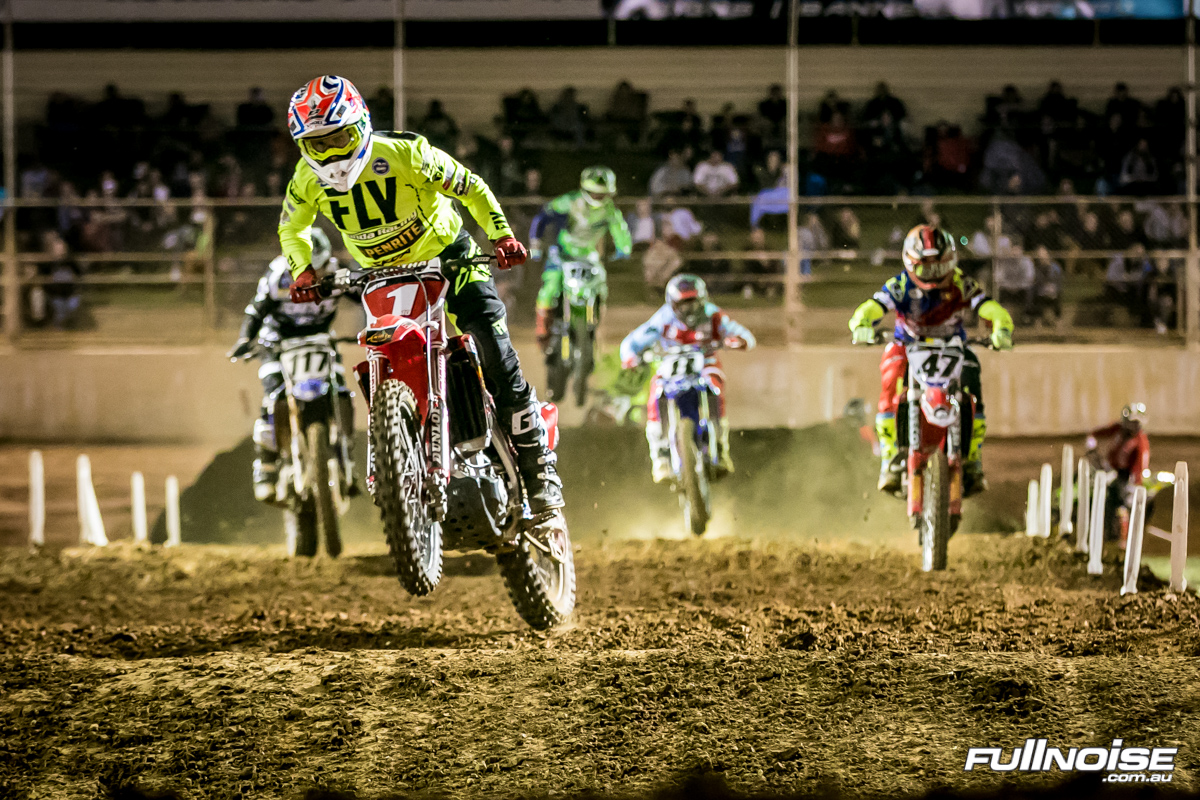 With a large and vocal crowd on hand to witness the Adelaide event, which featured an afternoon Pit Party rider meet and greet session, Dash for Cash shoot-out and massive fireworks display, fans were kept on their feet as the fight for the prestigious Australian Supercross Championship crowns reached the halfway point of the six-round series.

In the SX1 championship, reigning number one plate holder Brayton maintained his vice-like grip on the title, winning his heat, winning the Dash for Cash and then nailing the holeshot in the final to lead all the way as he pushed his Honda CRF450R to his third win of 2017.

‰ÛÏI‰Ûªm just so happy to be able to take another win tonight,‰Û 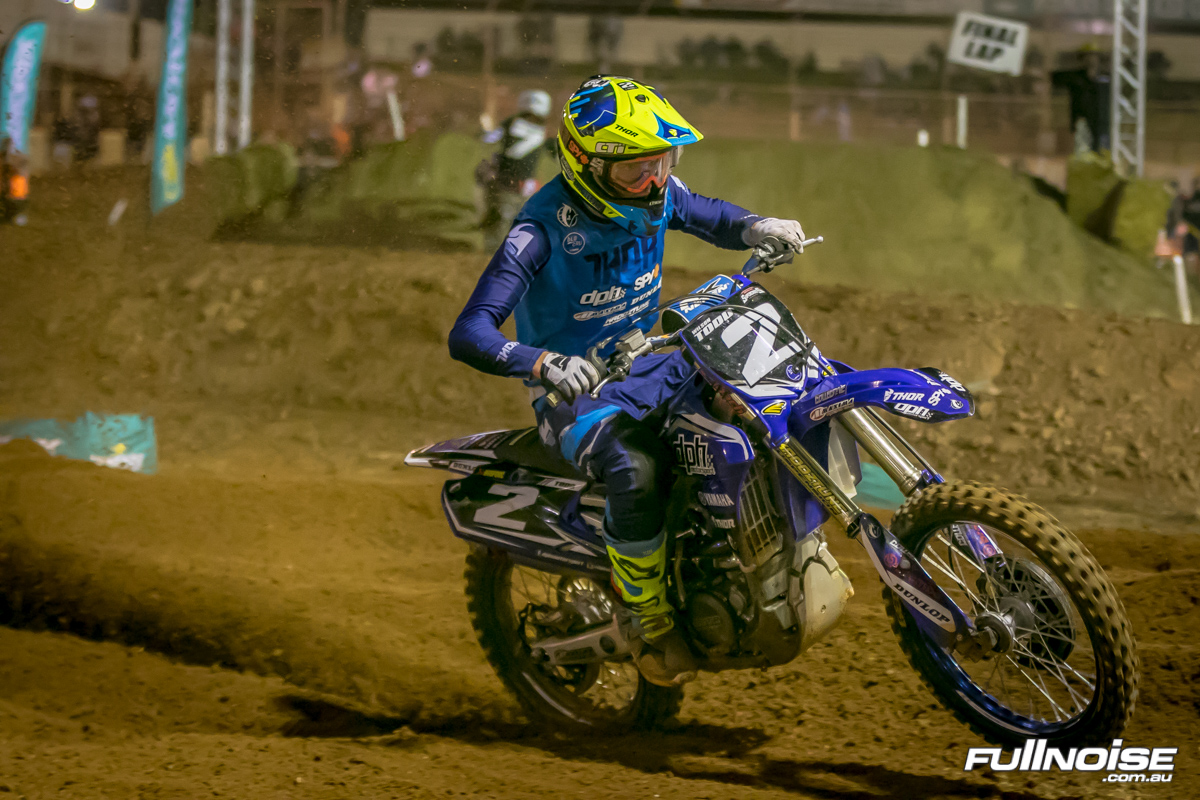 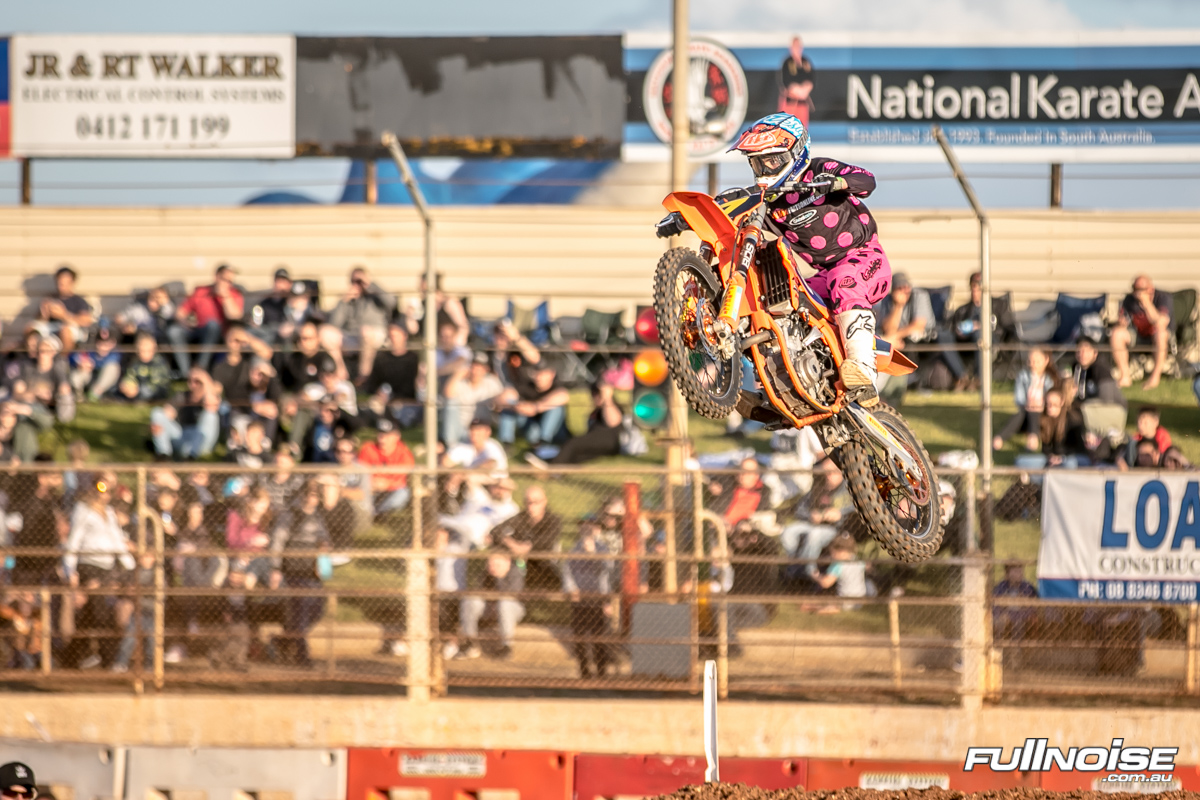 In Junior Lites, Joshua Zorbas (KTM) emerged on top after three points-paying races - Credit: Aaryn Minerds
The Adelaide Supercross also saw racing contested in the Junior Lites and Junior 85/150cc categories, giving Australia‰Ûªs supercross champions of the future the opportunity to compete under lights in front of a large crowd on a man-made circuit sculptured into shape from hundreds of tonnes of top soil trucked into the venue.

After three rounds of the 2017 Australian Supercross Championships, American riders Brayton and Faith continue to lead the SX1 and SX2 standings respectively. But they are set to come under serious fire at the next two rounds being staged as a double-header on November 11/12 at the Aus-X Open event at Qudos Bank Arena in Sydney, when fellow USA stars Jason Anderson and Dean Wilson jet Down Under to join the fray. To secure your tickets head to Ticketek.

The championships then wrap up with the grand finale at Jimboomba X-Stadium in south-east Queensland on November 18.