Bobryshev 2017 CRF450RW from MXGP of the Americas 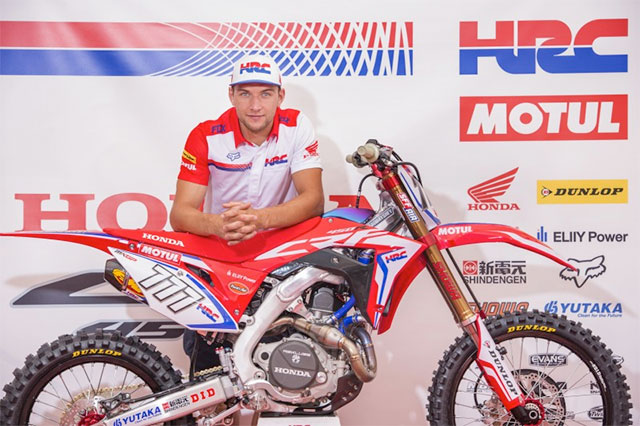 Fresh on the back of yesterday‰Ûªs unveil of the 2017 CRF450R and CRF450RX in the MXGP paddock, Honda and HRC announce today that Evgeny Bobryshev will ride the factory racing brother of the all-new CRF line-up, the 2017 CRF450RW.

The Russian will compete on the new #777 machine from the MXGP of the Americas in Charlotte, next weekend, until the end of the season, including the Motocross of Nations in Maggiora on 25 September and the Monster Energy Riders‰Ûª Cup in the Veltins Arena, Germany, on 8 October.

Like this year‰Ûªs model, the 2017 CRF450RW shares the same DNA as the all-new production version, but benefits from a host of factory Honda Racing Corporation parts designed to make it the benchmark machine at the highest level of motocross ‰ÛÒ the MXGP World Championship.

‰ÛÏI‰Ûªm so excited to race this new bike in Charlotte and for the rest of the season. We first rode a prototype of the 2017 CRF one year ago and since Honda and HRC have been working so hard on it," Bobryshev said.

‰ÛÏWhen we took the covers off the production bikes yesterday we can see that they‰Ûªre beautiful looking, and my race bike also looks amazing, but it‰Ûªs also so great to ride. The chassis is so good, and it‰Ûªs really easy to handle, especially in the tight corners and in the jumps. That side is a really big difference, but also it‰Ûªs great to have the electric start!

‰ÛÏIn all the testing we‰Ûªve been doing on this new bike to get it ready I‰Ûªve been feeling so good. The bike feels so fast and has a lot more power, but it‰Ûªs also so easy to ride so uses less energy. I‰Ûªm really excited to see what we can do on it in competition in Charlotte.

‰ÛÏWith both the race bike and the production models, Honda have a really seriously good bike in the 2017 CRF450R ‰ÛÒ one that will win in MXGP but also be perfect for hobby riders. I don‰Ûªt think I‰Ûªve ever been so excited about a new bike.‰Û 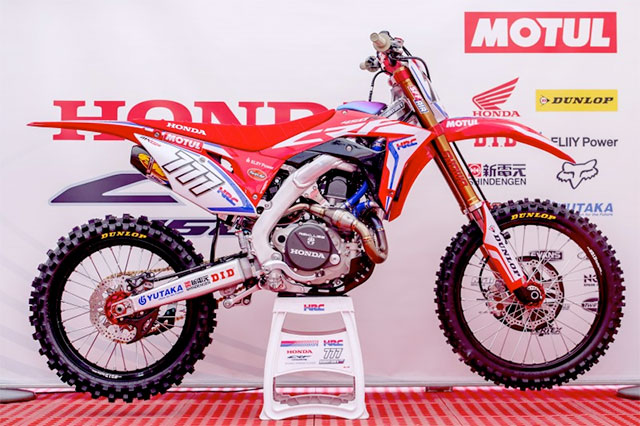