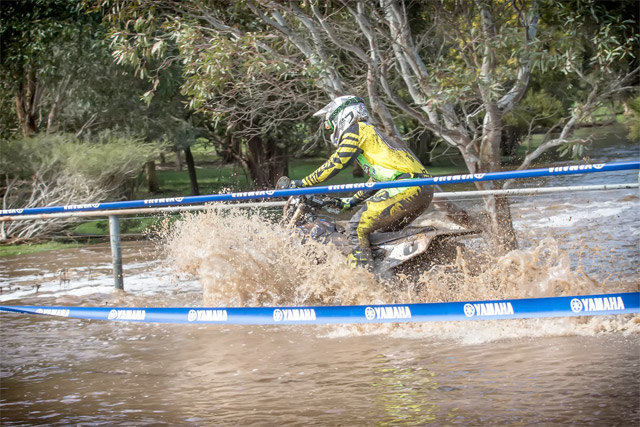 Active8 Yamahas Beau Ralston climbed to fifth outright in the final standings after the last two rounds of the Australian Off Road Championship were ran in wet and muddy conditions at Penshurst, Victoria, over the weekend.

In conditions that were more suited to a water vehicle, organisers re-routed the original Saturday Cross Country course that would have seen riders in waist deep water to slightly drier terrain and a far more sensible Sprint format with no river crossings and the weekend went ahead without incident.

Ralston, who entered the final weekend looking to make up points after not finishing a round earlier in the year, finished sixth outright, third in the E3 (over 450cc) class on Saturday in a good performance that edged him closer to that top five finish for the year he wanted.

With conditions improving and Ralston determined to make the top five for the year, he knuckled down and posted some great times during Sunday‰Ûªs race and finished the round in fifth place to secure enough points to move him to fifth in the championship.

‰ÛÏWe would have all loved a smooth, easy weekend of the final rounds of the championship but that wasn‰Ûªt the case as the weather made it difficult for everybody,‰Û