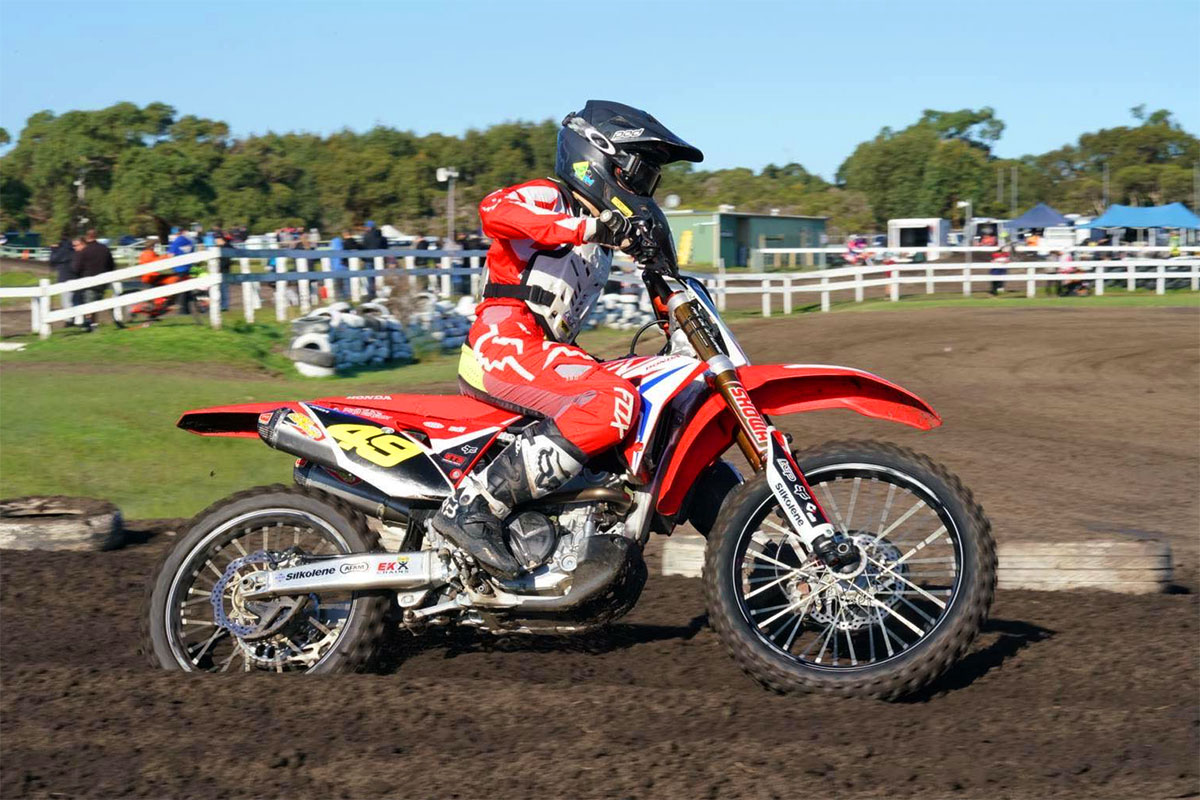 Harnett on her way to victory at Wonthaggi
The BCP Pro Circuit Honda Junior Development Team were hard at it over the weekend contesting multiple state title events in two separate states.

Tanesha Harnett continued her perfect season to date locking in another three wins from three starts at the Wonthaggi Round Three of the Victorian Junior State MX Championships.

‰ÛÏIt was an important weekend for us as we were racing both days to test and develop our new Showa A-Kit suspension in rough racing conditions," Harnett explained. "The set up couldn‰Ûªt have worked any better and I‰Ûªm the happiest with the bike that I have been in the last two years.

"It was a bit disappointing that Motorcycling NSW scheduled the NSW State titles on the same day as the Vic titles so I was unable to defend my number 1 plate up there for the first time in three years. But I had to make the choice and there‰Ûªs so much more involved in contesting the Vic titles being ran over four rounds rather than a title that is just ran over one weekend," Harnett added.

Team manager Lee Hogan is ecstatic with the current form of Harnett. 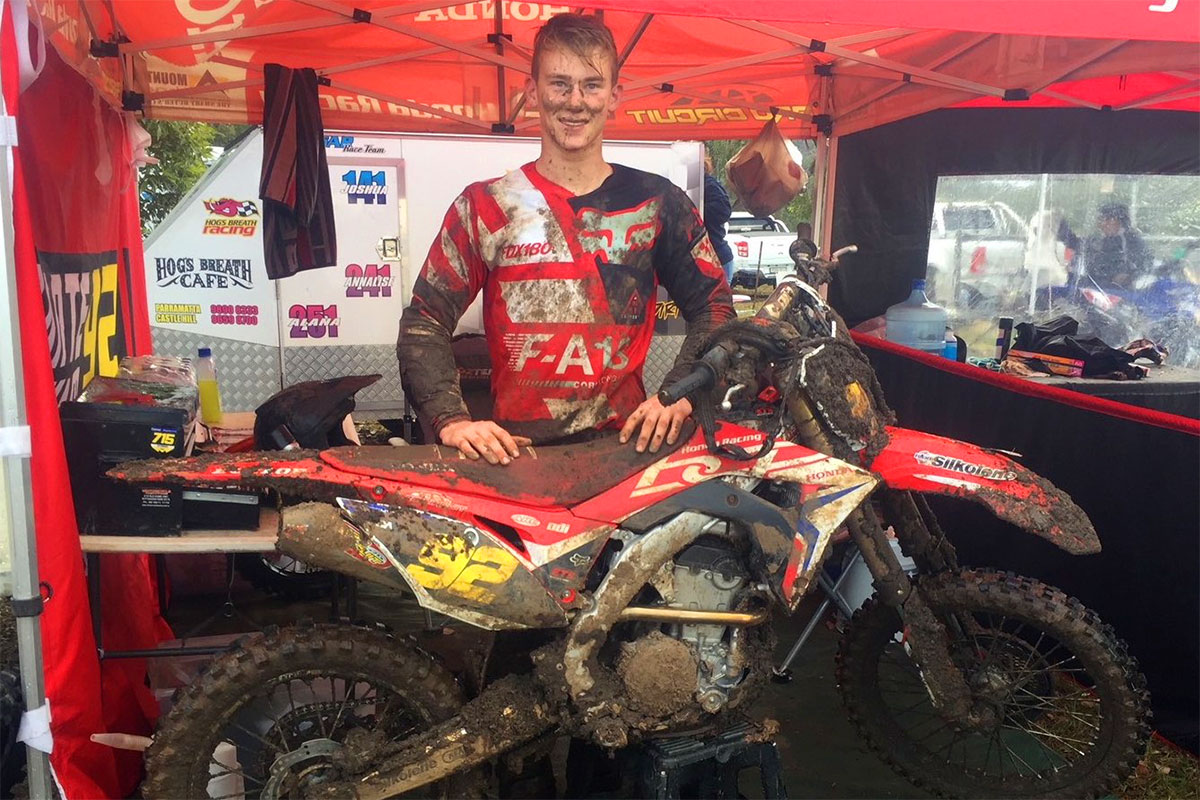 Dante Hyam after a muddy moto 2 at Port Macquarie ‰Û÷King of MX‰Ûª
Harnett‰Ûªs team-mate Dante Hyam participated in both the Vic Junior Titles and the NSW ‰Û÷King of MX‰Ûª titles over a three day period with a marathon drive for the family Saturday night that included a 14 hour drive overnight that had the family arrive in Port Macquarie with only a few hours to spare before the start of racing got underway.

Hyam had an impressive day Saturday at Wonthaggi in Victoria scoring a wire to wire win in the first A grade 250cc race, before backing it up with two second places to give him second overall behind Liam Andrews for the day.

An extremely muddy and treacherous Port Macquarie track combined with a lack of sleep overnight in transit had Hyam a bit out of sorts for the first of three championship events on Sunday with Hyam finishing back in 5th place after getting stuck in the deep mud. Race two Hyam finished a credible 2nd place after a solid ride through the pack and then backed it up with an immpressive win in the final moto to give him 2nd place overall for the 2018 NSW State Championships. 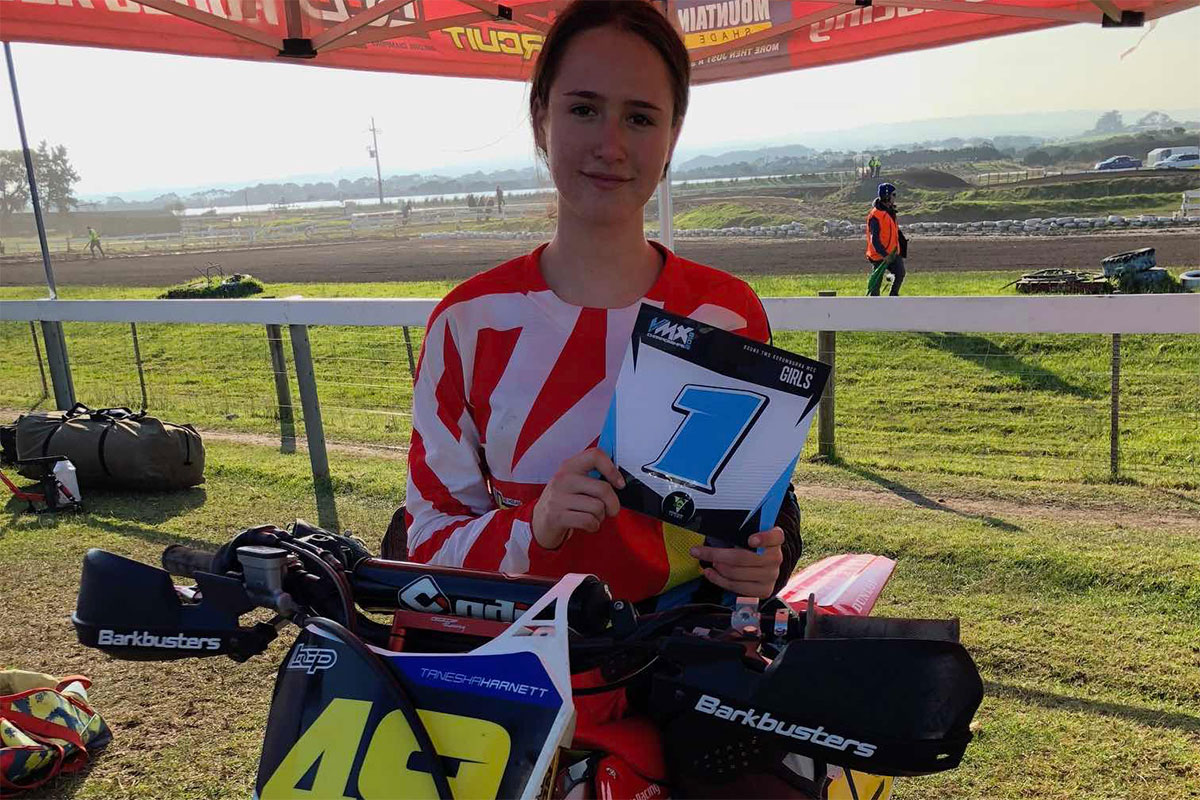 Tanesha Harnett continues her domination in 2018