Barton geared up for a second MotoGP Wildcard appearance 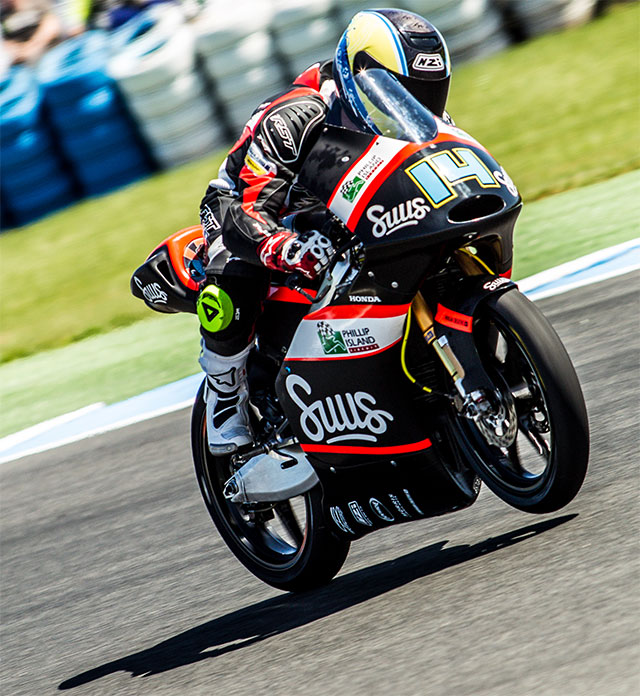 Motorcycling Australia has to announced that for the second year running Suus rider Matt Barton has been selected to compete as a Moto 3 Wildcard in the 2016 Michelin Australian Motorcycle Grand Prix this October at Phillip Island Grand Prix Circuit.

At only 20 years old Barton will compete representing his title sponsor Suus, and will once again be looking to gain further international exposure as he looks towards his future next year over in Spain.

As bikes line up on the grid for the annual MotoGP event at Phillip Island Grand Prix Circuit this October 21-23. This aspiring professional racer will join the international competitors and shares his excitement and is now more confident knowing what to expect.

‰ÛÏBeing a two-time Wildcard is better than being a one-time Wildcard rider and it‰Ûªs pretty exciting to be taking to the track again this year. Coming in to 2016 I am in a very different position to where I was last year,‰Û