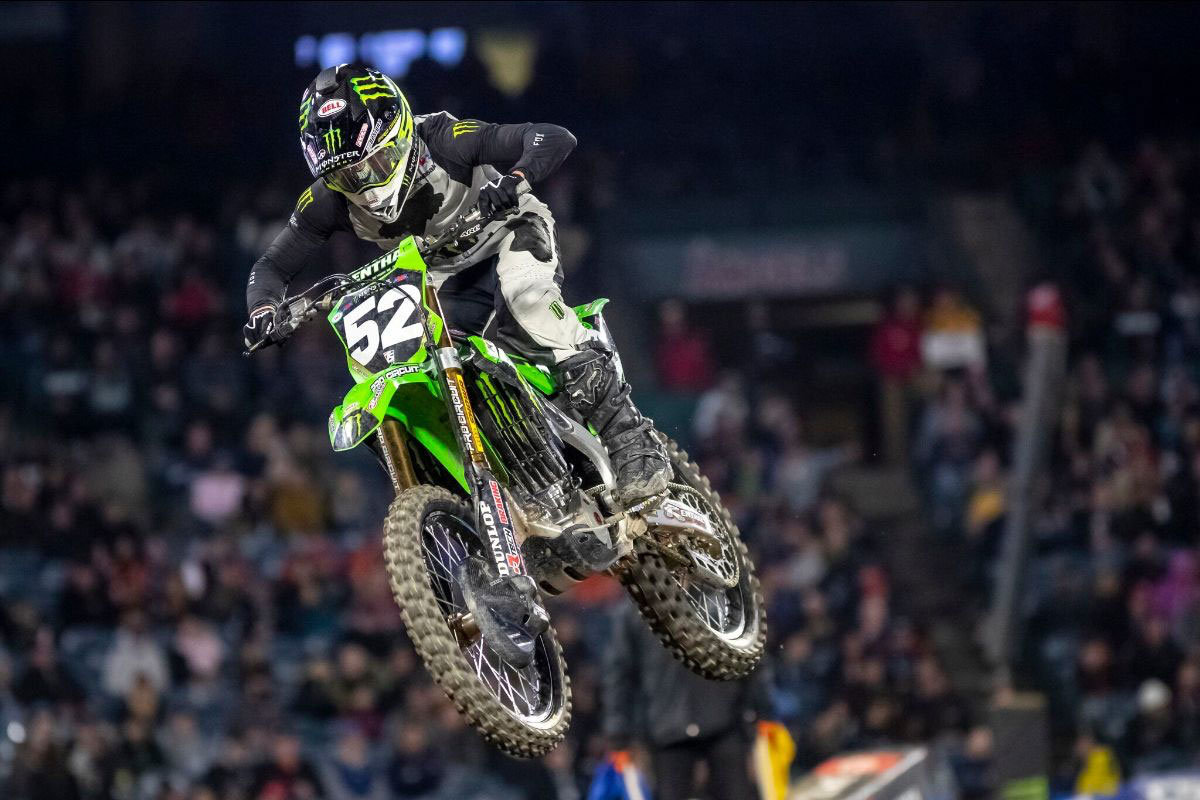 Austin Forkner had a good night going for him at Angel Stadium during Round 3 of the Monster Energy Supercross series, though the end result of 17th wasn‰Ûªt what he had hoped for.

With seven rounds left, Forkner has plenty of time to bounce back and make a run at the points leader.

After taking the heat race win in dominating fashion, Forkner was confident he could translate that speed to the main event. He managed to squeeze through the first turn and start the main event in third. While holding a good pace for a majority of the race, Forkner caught an edge of one of the whoops and went down hard and took some time to get up while clutching his back. He didn‰Ûªt give up and remounted to finish out the race, resulting in a 17th for the night. Although he hit the ground hard no injuries have been reported.

‰ÛÏIt was a tough one to take tonight after being in good position the whole race,‰Û