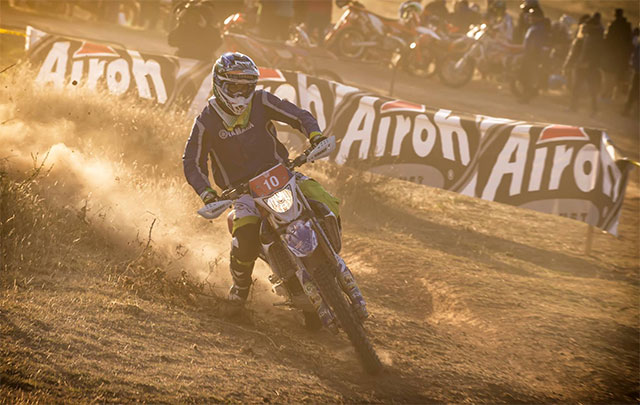 It has been a mixed start for the Australian riders at the 2016 FIM International Six Days Enduro Championships in Navarra, Spain, However, in fighting tradition day one has concluded with some fantastic results from the Aussies, setting the scene for the remainder of the week.

Australia‰Ûªs Senior Trophy Team member Lachlan Stanford was the first of over 500 bikes to hit the test this morning to commence day one of the prestigious event.

For the Yamaha Blu Cru Australian Women‰Ûªs Trophy Team it was a slow start for Yamaha mounted Tayla Jones, but as she and the warmed up, she was an unstoppable force for the day, finishing in first position amongst the seven competing women‰Ûªs teams.

Jemma Wilson was just behind team mate Jones finishing the day in fourth position, and although Jessica Gardiner started the day out with a fine performance leading the event, she finished with a DNF due to mechanical issues, which ended her day short. However, Gardiner will surface once again tomorrow for day two to regain valuable positions.

2016 Australian Off-Road Champion Daniel ‰Û÷Chucky‰Ûª Sanders kicked off day one in flying style cementing an overall fifth position for himself and winning his first outright test win on test four as he shared below.

‰ÛÏIt was a good start here today for day one of the six day. We got off to a reasonable start, the first day is always the hardest,‰Û