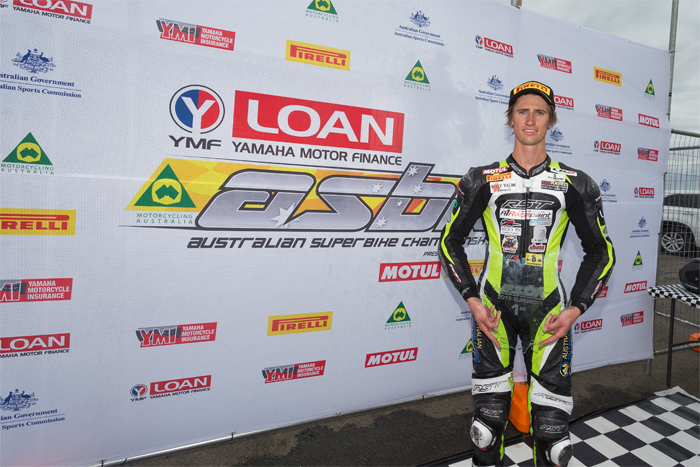 2015 Australian Superbike Champion Mike Jones (Australian Outdoor Living ‰ÛÒ Cube Racing Team) has spoken out after he clinched the title at the fourth and penultimate round at Symmons Plains.

Jones has an unassailable lead heading into the final round of the 2015 Yamaha Motor Finance Australian Superbike Championship presented by Motul Pirelli, which takes place at Phillip Island from 2-4 October.

Speaking in Tasmania after wrapping up the title, Jones said that the fact he is an ASBK champion is starting to sink in.

‰ÛÏIts fantastic to get the Australian Superbike Championship, I‰Ûªve certainly had a bit of time now to let it sink in, so it feels fantastic,‰Û