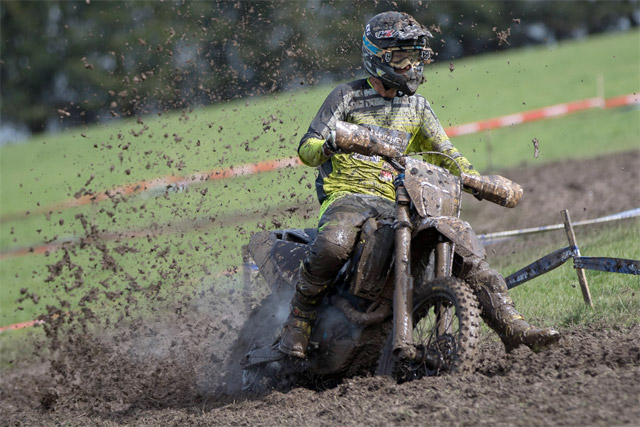 Husqvarna's young factory support racers have exceeded all expectations in this year's Australian Off Road Championships, populating all the high-profile championship podiums.

Across the E3, E2, E1 and U19 podiums, Husqvarna was the most successful brand after the dominant KTM squad - a spectacular effort which saw all bar the legendary veteran Kearney eclipse their previous AORC personal bests by significant margins.Showing an instant synergy with his Husqvarna FE 501, Stanford registered his career-highest finish in the AORC outright standings with fourth overall, and second in the E3 category on his way to establishing himself as one of the top contenders.

‰ÛÏMy weekend wasn‰Ûªt the best - I couldn't find a flow on Saturday, and after I started to get better in the last one I had a massive crash." Stanford reflected. "It was really bad; my front wheel went into a hole in about fourth gear and I went over the bars.

"I hit my head really bad, my nose was bleeding, and it took a while to get up. That set me back to 20th place, so coming into Sunday I was still fourth outright and second in E3, but Beau and Jack weren‰Ûªt far behind so I had to stay in front.

"So I had work to do for Round 12 so I wouldn‰Ûªt go back to sixth. The track was a rough today and I found more of a flow and eventually started to gel. Honestly I felt that I‰Ûªd found my groove again - after the hand injury, I haven't felt in good form. But halfway through today it happened and I started doing some really good times. I'm very happy go fast again, coming into the six-day - I was starting to doubt myself!It's been a good series for me.

"Riding the 501 all year has been really good, and the support of Glenn and Christian in the Husqvarna Enduro Team has been really good all year. This is my best AORC finish yet so I now have a month before I leave for the ISDE. I'll get back on the 250F now and start practising the smaller bike - I'm really looking forward to that.‰Û 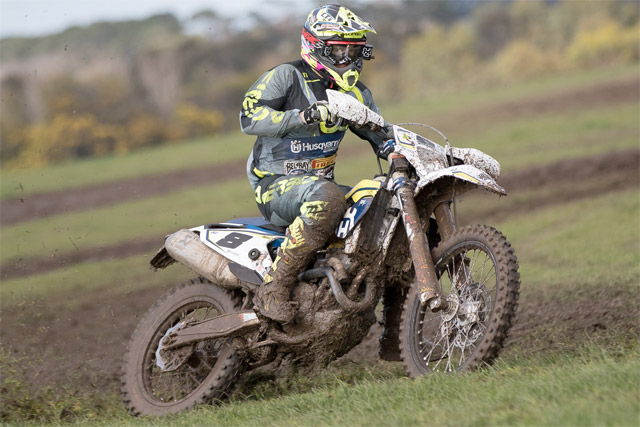 Kearney's eighth outright was caused in part by a number of injury-affected rounds, but the Boss still guided his young charges where possible, and finished runner-up in E1 to boot!

‰ÛÏI got 5,3 in class here after spending most of the weekend in damage control." Kearney said. "In the first one on Saturday I hit a big solid rock with my bad ankle and ricocheted into a big round bale with my shoulder, and then got pile-driven into the ground. I can't take a hit like that with the fused ankle so I was left just trying to survive the weekend.

"No-one could catch me in E1 anyway and I was too far behind Jack to catch him, so it was okay.It was an awesome new venue, but really wet conditions. Lachy had a really big crash on Saturday afternoon that destroyed his day, but today he worked his way through and got up to speed by the end, saving fourth outright by a single point and getting second E3 class.

"Snodgrass was the standout of the Husky riders this weekend, with two seconds behind Chucky. He excels when it's wet and he had a blinder, managing to relegating Beau off the E3 podium too. Broc Grabham was really impressive in E2; second and third in class over the weekend and 3rd in E2 for the year.

"Fraser ended up third in the U19s after finishing on equal points with Nick Tomlinson. Fraser had a rough weekend and struggled with the mud. But he seems to pick stuff up quickly - and is younger than both of those guys ahead of him.A huge thank you to Husqvarna and to all the team sponsors, as well as the whole team, which worked well all the way through.

"With Christian always prepping the bikes 100%, Kevvie and Dave helping and all the supporters in our families everyone puts in their bit and makes it all happen, and we had Husqvarna is on every podium this year which is excellent.‰Û