An Added Ingredient to the WorldSSP Cocktail 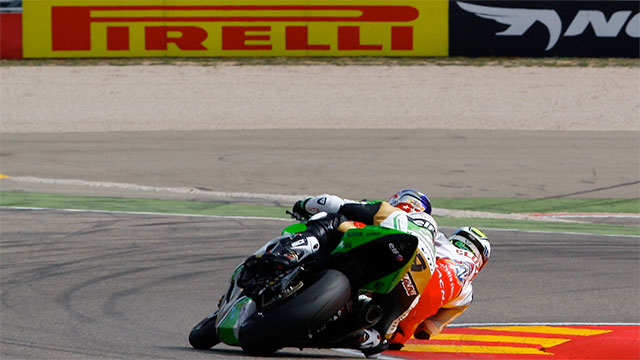 After only two Rounds of its 2016 calendar, the FIM Supersport World Championship is already taking interesting shape.

As AragÌ_n looms, two different riders and as many different manufacturers have already celebrated race victory.

This weekend‰Ûªs World Supersport race will be the sixth staged at the MotorLand AragÌ_n facility on the outskirts of the picturesque Spanish town of AlcaÌ±iz. The first, back in 2011, was won by Chaz Davies en route to that year‰Ûªs WorldSSP title.

Fast-forward by half a decade and Randy Krummenacher finds himself with the Championship lead, having at Phillip Island become the first Swiss rider to win a race in this category. PJ Jacobsen sits second thanks to his consistency thus far, while the victor in Thailand, Jules Cluzel, is third from rapid debutant Federico Caricasulo. The young Italian is tied on points with reigning World Champion Kenan Sofuoglu. Kawasaki holds the advantage in the Manufacturers‰Ûª Championship, edging out Honda and MV Agusta by nine and ten points respectively, with a lot of racing still ahead of us in the season.

Last year at the Spanish track, Cluzel ‰ÛÒ for the second race in succession ‰ÛÒ was denied a chance of victory due to a mechanical problem. Sofuoglu claimed top honours and became the first World Supersport rider to win twice at MotorLand, following the previous successes of Sam Lowes, Fabien Foret and the aforementioned Chaz Davies.

Bolstering the grid to well over 30 riders, the FIM Europe Supersport Cup (ESS) becomes part of the agenda and will line up on the WorldSSP grid at every European round. Out of the ashes of the now disappeared Superstock 600 FIM European Championship, this new class allows teams and riders to sign up for the European rounds only.

They will battle in their own points table, taking points from the positions in which they finish the races; at the same time, there is nothing stopping the ESS competitors from mixing it with the regulars and scoring overall championship points. The ESS class will include the likes of rapid Ilya Mikhalchik, Axel Bassani (who went so well on his debut at Magny-Cours last year) and Javier Orellana, who is the reigning Champion in the European Junior Cup.

Opening practice for the MotorLand AragÌ_n World Supersport round will come on Friday morning, ahead of Sunday‰Ûªs race which starts at 11:20 local time (GMT +2).