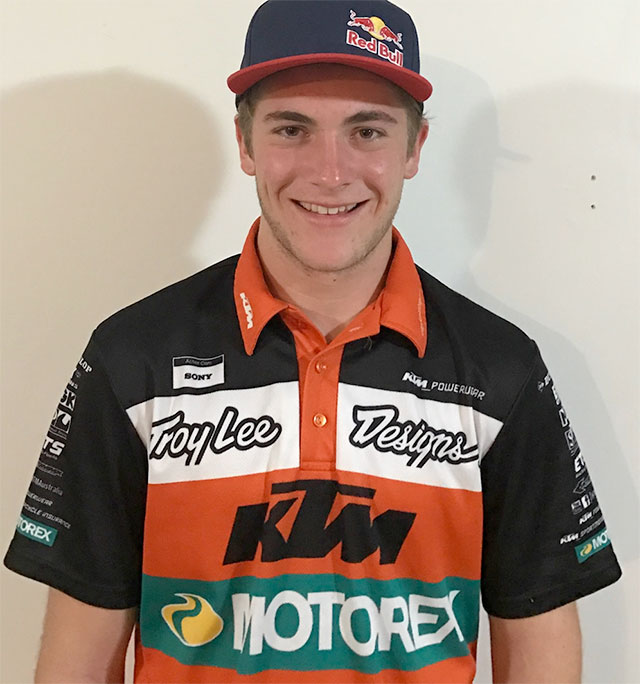 The KTM Motocross Racing Team‰Ûªs relationship with its major sponsor and its sister company in the United States has led to a collaboration which will allow another young orange rider to traverse the Pacific Ocean in order to expand his racing resume, in this case exciting SX2 racer Justin Hoeft.

Hoeft will pilot the KTM250SX-F left vacant by injured Caleb Ward for the last two stops on the Australian Supercross Championship calendar, this weekend's Melbourne round and the following week's double-header finale in Sydney.

Back in August, Ward had a guest ride with the American TLD team as his first taste of international competition at the USGP in California, but unfortunately suffered a fracture to his ankle during the trip and has taken no part in the SX2 category of the Australian Supercross Championships.

Hoeft arrived in Australia on Sunday and had his first test session on the KTM Australia machine today, assertion which has left KTM motocross racing team manager Kyle Blunden optimistic about the 18-year-old Californian‰Ûªs prospects for the weekend.

‰ÛÏWe've been in touch with the Troy Lee guys in the States and we've been able to bring out Justin Hoeft for the final two rounds," Kyle Blunden, KTM Motocross Racing Team Manager, said.

"Sydney is a huge event and it's a great time for a young guy like Justin to be able to come over and get some exposure, and get some international racing under his belt, while giving us an opportunity to put another KTM in the field since a few of the guys are out injured. It's a very exciting time for us - we just finished up our first day testing with Justin, and everything has gone exceedingly well. He has adapted to our bike really quickly, and despite having been out here only two days, is already cutting laps and looking good.‰Û 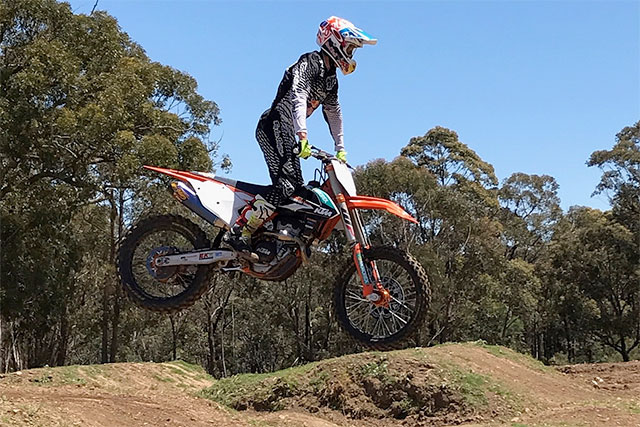 Justin Hoeft during practice in Australia this week
Justin Hoeft said, ‰ÛÏI started talking to KTM in the States and they told me that there might be this opportunity to come out here and race the Sydney Supercross and it all just came together. This is my first time being out of the United States, so I had to get my passport and stuff first. So far it's been good; I got in on Sunday and hung out a bit and today was the first day on the bike and everything went smoothly.

"We did a little bit of testing, and at the end of the day I felt really comfortable. I brought over my own suspension and put that on the bike yesterday and I was really comfortable on track, so that's good. I've looked a little bit on the Internet for footage of the Australian Supercross championship, and the KTM guys have told me that Sydney is going to be a tighter Supercross. I did a little bit of arenacross at home just to get my Supercross license, but that's about it, so hopefully that will help me in Sydney.‰Û