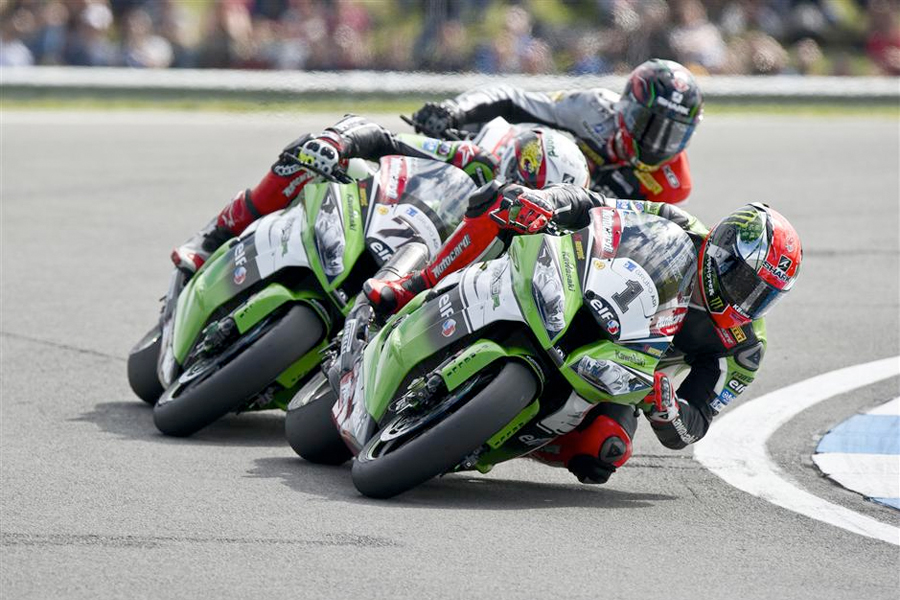 After a long summer break the FIM Superbike World Championship gets underway once again, at a home venue for most of the backroom staff of the Kawasaki Racing Team this coming weekend, at Jerez in Spain.

Tom Sykes and Loris Baz in the full SBK class, and David Salom in the SBK Evo class, are all determined to make the most of the first round of the championship to be held since the middle of July.

In the SBK championship fight Sykes is a clear and convincing leader, with eight wins to his credit and an advantage of 44 points over his closest challenger. Memories of winning the Superbike title on his Ninja ZX-10R in the final round of the 2013 season at Jerez are still vivid for Tom and all his team. T

hese positive thoughts will add to Tom‰Ûªs already high levels of motivation to succeed again on track when the first practice sessions get underway at the 4.423km long Jerez circuit on Friday 5 September.

‰ÛÏThe emotions involved in going back to Jerez are massive." Sykes said. "I had never won a championship before last year and then I dived in at the deep and with the Superbike World Championship title! It was even completed at Jerez, a home round for my Spanish team.

"I have spent a lot of time there in winter testing as well so it has a truly special feeling for me and there are so many magical memories from there. It is a really nice racetrack, really enjoyable and I cannot wait to get back there on my Ninja ZX-10R. We have improved the bike a little bit during a test at Portimao, after America, so I am looking forward to putting those changes into practice in Jerez.

"The Spanish fans were great there last year, very enthusiastic, so I am really looking forward to going back there.‰Û