AMA Supermoto National Championship Series heads to Denver, Colorado for penultimate round of the season 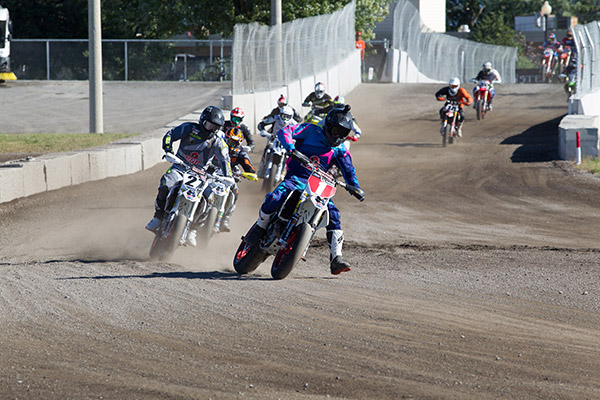 For the third year running, the AMA Supermoto National Championship Series heads to Colorado National Speedway in Denver, Colorado, on September 3 for a night of racing and fireworks. Held in conjunction with the NASCAR Super Late Models Series, it will be a night of non-stop racing action on two wheels and four.

Last year Gage McAllister took home the double at Denver. This year, the back-to-back Pro Open champ could leave with his third-straight number one plate, as McAllister holds a 55-point lead over RSR KTM teammate Dustin Hoffman going into the penultimate round of the championship. Sitting third-place in the standings is fellow RSR KTM rider Eric Stump, followed by Australian Josh McLean on the Lean Six Sigma Racing Husqvarna. Rounding out the top five is O‰ÛªHara/Intents Racing/Motul‰Ûªs Tyler O‰ÛªHara.