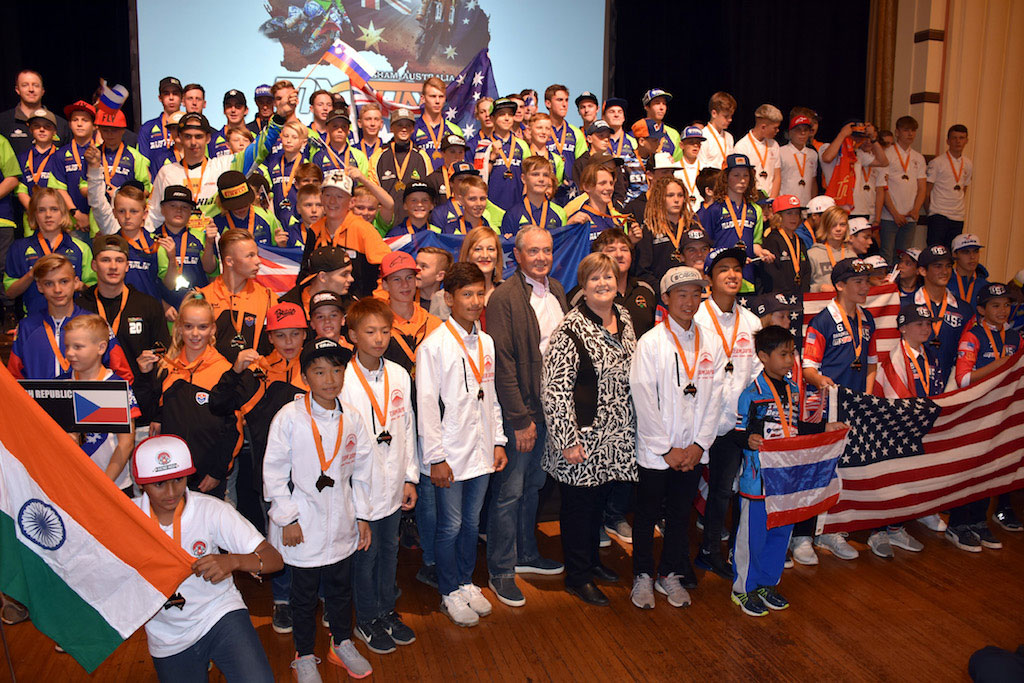 Riders and teams have been presented, qualifying starts Saturday with racing Sunday.
The FIM Junior Motocross World Championship has kicked off in Australia for the 2018 edition of the event.

Showcasing the best young riders around the world as they race for their chance to be crowned Junior World Champion all while represent their country.

The unique event combines both the traditional individual style of motocross and with a patriotic team aspect. Often referred to them as the future of motocross, the riders of the Junior World Championship are the most competitive young riders in the classes of 125cc and 85cc along with those fighting for the 65cc World Cup.

Warm temperatures have Horsham‰Ûªs circuit, and Australia as a whole for that matter, will be hosting a motocross event of this type for the first time in history. Horsham itself is a regional city in the Wimmera region of western Victoria with a population of about 17,000 and a very relaxed atmosphere located on a bend of the Wimmera River 300 kilometers from Melbourne. 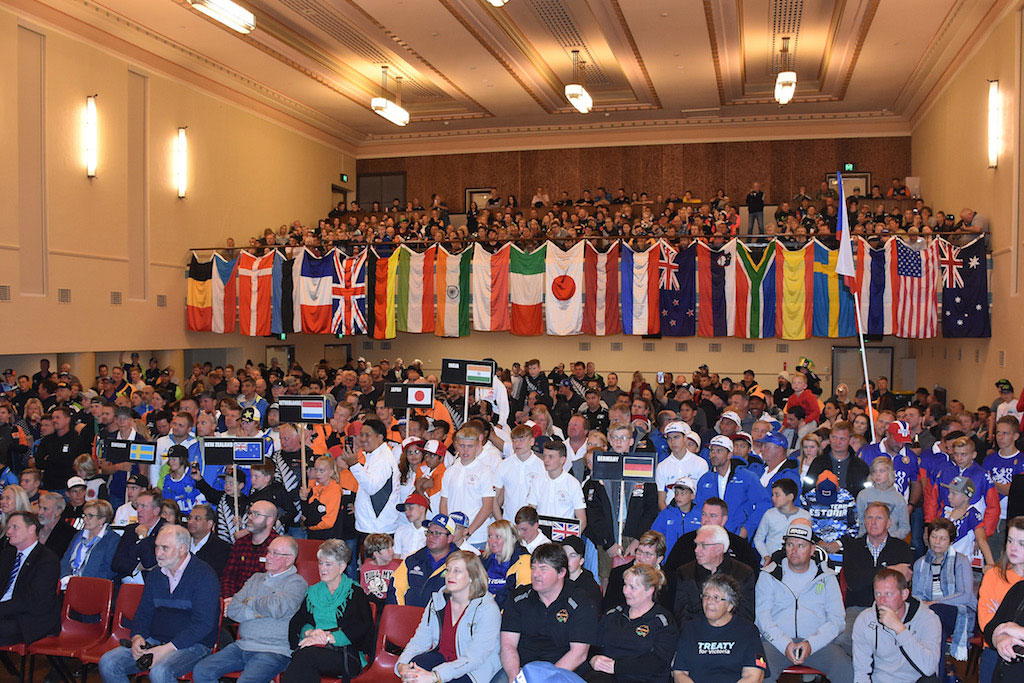 Horsham town hall was packed with the worlds best at Friday nights presentation.
Rider sign on's snd scrutineering was carried out as many of the hopefuls laid eyes on the Horsham circuit for the first time today. The Horsham circuit, host to manu former rounds of the Australian Motocross championship looked every bit a world championship venue as the riders wandered the track prior to tomorrows qualifying.

This evening riders and teams from 22 countries attended the opening ceremony at Horsham Town Hall to get the weekend rolling. While the biggest applause went to the home riders of the Team Australia, their competition will be strong. The opening ceremony also included Special Program at the beginning with a traditional performance from Aboriginal Australians.

Along with the performance and team presentation this evening FIM/CMS Director Tony Skillington, Youthstream Representative Patricia Maskarova, President of Horsham Motorcycle Club Kenny Watts, and Mayor of Horsham Cr Pam Clarke took the stage where Mr. Watts wished all the best as it is only the start of a successful career such as that of Wilvo Yamaha Official MXGP‰Ûªs Jeremy Sewer who finished 3rd in the event during 2009 but has since gone on to join the Monster Energy Yamaha Factory MXGP Team. Cr Pam Clarke followed to thank everyone who has come to Horsham, a city that is proud and glad to host the best young riders in the world. 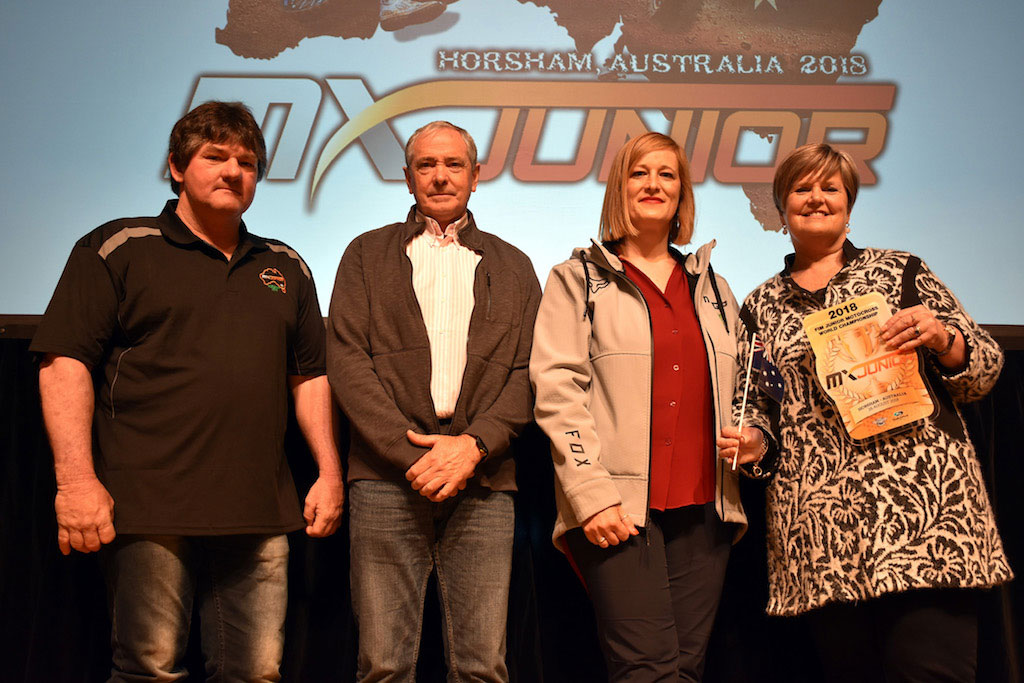 The 85cc class hosts well know riders also and will be extremely competitive with the new EMX85 Champion Camden Mc Lellan from South Africa going against the American, Ryder Difrancecso and the Belgian, Liam Everts. A further look into the entry list however bring even more competition for the podium to mind with the strong Dutch youth of Kay Karssemakers and Kay De Wolf or even Spain‰Ûªs Raul Sanchez. Australia will have strong representation with riders from all over the country with Tasmanina Jett Burgess-Stevens, Ryan Alexanderson, Jackson Camilleri, Ryder Kingsford, Deegan Mancinelli, Zac Watson and Brad West.

While both the other classes of 125cc and 85cc have many returning or proven talent the 65cc Junior World Cup class is full of young and relatively unknown talents who are each trying to put leave their names at the top of the results. Racers to look out for include the newly crowned EMX65 Champion Brando Rispoli from Italy and young female superstar Lotte Van Drunen from the Netherlands. 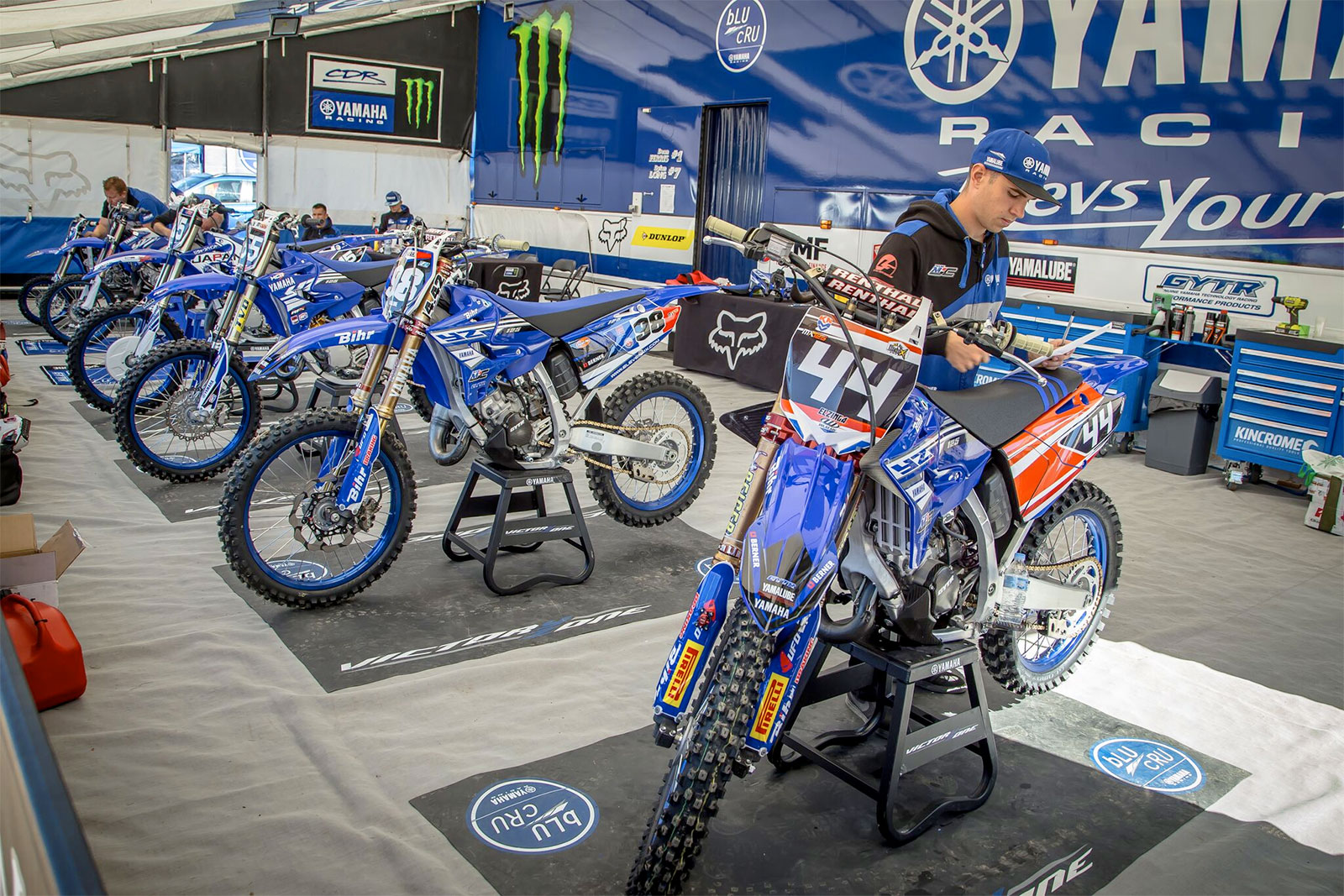 There was plenty of colour and action at the Horsham track today as riders and teams settled into their surrounds. Photo: Aaryn Minerds