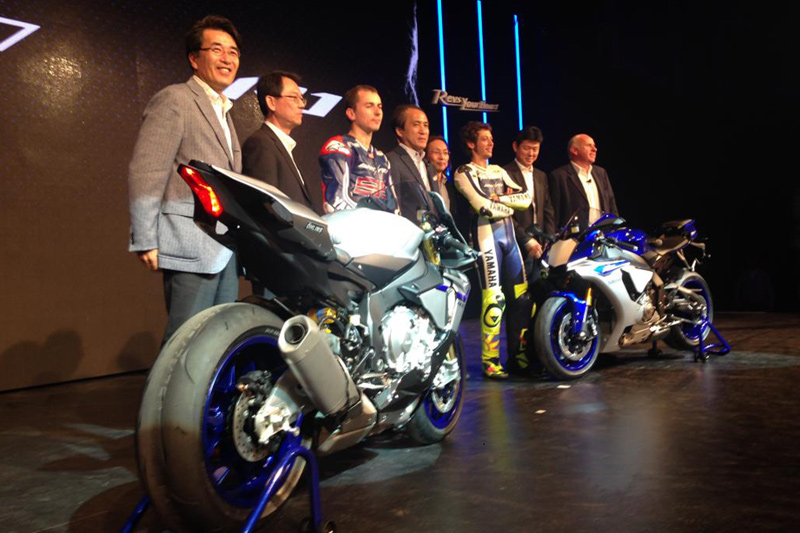 The covers were removed on the all new YZF-R1 in Milan in front of 300 special guests just before the EICMA show. The new motorcycle represents a change in direction for Yamaha supersports machines.

Previous R1s were aimed to be the best on the twisties - or real roads. The new model draws heavily from its M1 MotoGP cousin and is purpose built to be the best track bike.

MotoGP riders Valentino Rossi and Jorge Lorenzo were on hand to introduce the new model - along with its special 'M' version - with Yamaha Motor Corporation President Mr Yanagi. Rossi was the first person to test the prototype R1 and told revealed that the goal was to make the bike as much like his YZR-M1 as possible.

"It is just like my M1 but with wing mirrors and a numberplate," explained the MotoGP legend who leant over the new model to kiss it, sending the crown into rapturous applause.

Research shows that the supersports category is becoming more segregated and defined, with many customers opting to ride a specifically designed road bike on the road and a track bike on race circuits.

The sales success of Yamaha's MT range indicates that many road riders are happy to ride a dedicated street based machine. But that leaves the equally dedicated track day riders still demanding a high quality, high performance motorcycle. 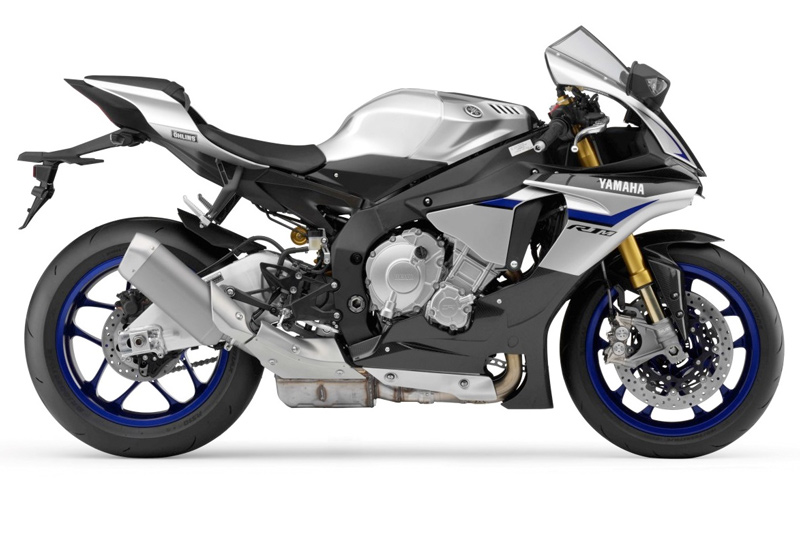 The YZF-R1M race motorcycle is a special version of the all new R1, and comes with an even higher factory specification - enabling every racer and track rider to discover their true potential.
That's where the new YZF-R1 comes in. It spares no expense in its pursuit of excellence and features many exotic weight saving materials. An all new high power four-cylinder engine is based on the existing R1 big bang crossplane crank engine but with substantially more power at 200PS. The new model also features an all new aluminium/magnesium chassis that puts power to the ground better than ever before via sophisticated suspension and lightweight magnesium wheels.

But what is really bound to excite supersport riders is the new R1's incredible number of control technologies - some of which have never been seen before on a production bike. Technologies aimed at helping the rider concetrate on riding - and developed by Rossi and Lorenzo in the white heat of MotoGP performance.

The event featured a host of Yamaha legends including Giacomo Agostini and four time YZF-R1 mounted AMA Superbike Champion Josh Hayes, who is eager to race the new machine having also tested the prototype:

"This is an all new bike from the ground up. It isn't just a revised version of an existing model or even a new generation R1 - this has jumped two generations. We built a winner with the old R1 and now this bike comes in at such a higher level that I feel it will be a great challenge to develop it," explained the US rider.

Australia's Sydney Motorsports Park in Eastern Creek has been selected as the venue for the world launch in February 2015. British based Aussie R1 superbike racer Josh Brookes is looking forward to riding the new model at this event on a track he is familiar with.

"I can't wait to get on the new model, everything about it sounds awesome. We'll really be able to step up to the next level with this new bike," says Brookes who has signed on for the Milwaukee Yamaha team for 2015. 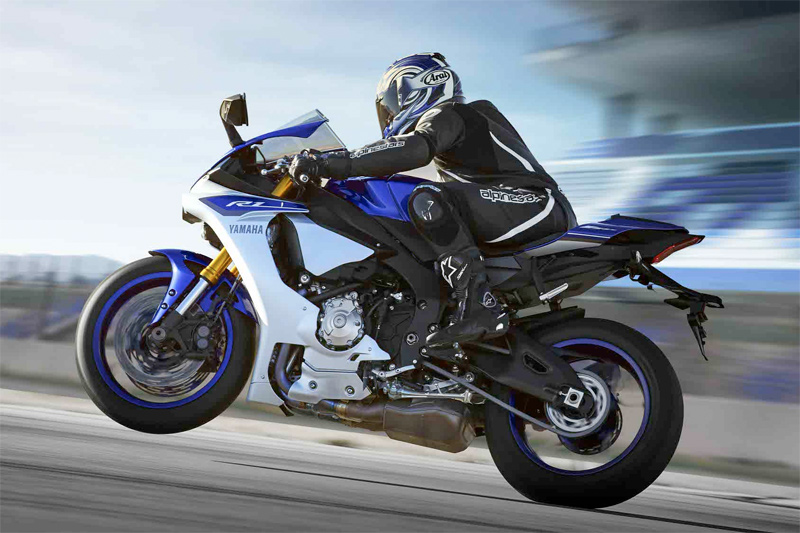 Packed with MotoGP YZR-M1 technology, the next generation R1 features a new crossplane engine, short wheelbase chassis and high-tech electronics, it's ready to connect to your body and take your riding to a new level.
The new R1 will be available in two guises with a special 'M' version that features electronically adjustable ÌÄ‰ÛÒhlins suspension and a hand polished aluminium tank along with a host of carbon fibre.

The bike will make an apperence at Melbourne Motorcycle Expo on Friday 28 Nov at 10.30am when the publick can see the YZF-R1 and YZF-R1M in the flesh and learn more detail about pricing and availability.

Yamaha dominated the supersports category with the release of the original YZF-R1 in 1998. Now the 2015 model is poised to recapture that top slot, with a lot of help from Rossi, Lorenzo and Yamaha's MotoGP race team