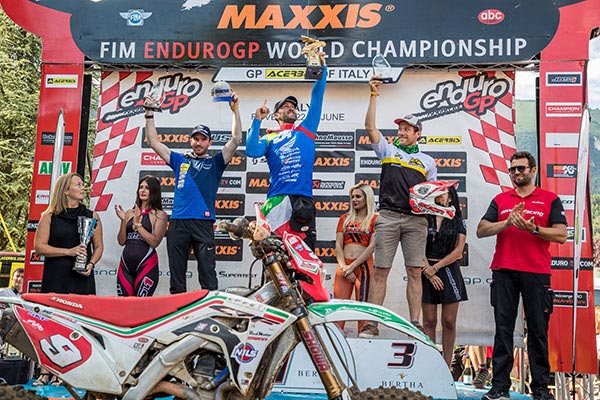 Alex Salvini topped the EnduroGP and E2 podium.
After the incredibly violent storms on Day 1, it was a total turn around for Sunday second day of the EnduroGP of Italy, with hot weather and sunshine the order of the day.

However, the race conditions on this second day of the Acerbis Grand Prix of Italy were still very tricky, with waterlogged tests still very slippery and rutted. Physically and emotionally drained after Saturday's action, the riders still gave us an absolutely unforgettable race day.

Italian Alex Salvini proved once again that he is still one of the top guns in Enduro, shrugging off the pain of his dislocated shoulder, 'Rocky' won his home GP in front a fervent crowd. This victory meant so much for the Honda rider, as he scored maximum points in E2 and EnduroGP. Feeling emotional at the finish line, Salvini collapsed, leaning on his 'tifosi' (home fans) for support. The rider from Bologna took victory by a considerable margin over his opponents - he was more than 42 seconds ahead of runner-up: LoÌøc Larrieu.


"Last night I was so much in pain that I didn't know if I would be able to ride today," Salvini explained. "The thought of winning here in Italy was very far from my mind! I really have to give thanks to all the fans who gave me a lot of strength and courage. I owe them that win, and thank you to my team for this fantastic result.‰Û 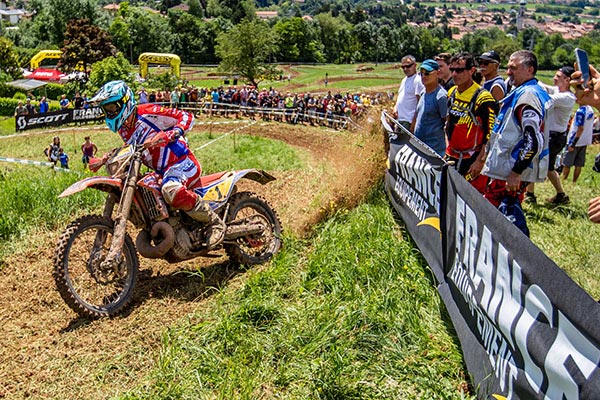 Steve Holcombe signed off another win in E3,
Danny McCanney had a contrasting Day 2, the overall winner on Saturday lost a full minute on the first test of the day when he hit a rock and the chain came off his TM Racing machine. This unfortunate moment cost him over one minute and he dropped to 21st place! He fought hard all day to finally finish an amazing 5th in the overall standings.

"I'm leaving here with the gold plate, and that's the only thing that matters to me," McCanney said. "I counted every kilometre that separated me from the end of this Grand Prix. My collarbone is broken into two pieces, and the pain has been excruciating. Now I need to heal up and rest, I want to end this season on top form.‰Û 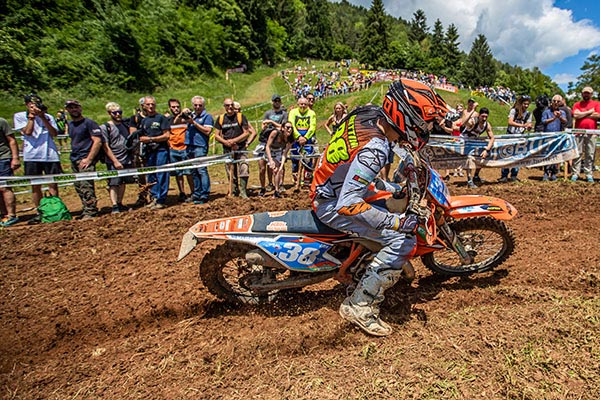 In E1, Thomas Oldrati won in front of his home crowd. As a long standing regular rider in World Enduro, he has amassed a lot of fans, and they were happy to see him on the top step. Completing the podium were Rudy Moroni and Brad Freeman.

The hero of the day in the Italian crowd's hearts was Alex Salvini, who took a fantastic win as well as the lead of the E2 category. French duo Loic Larrieu and Antoine Basset rounded off the top three.

Amazingly, Steve Holcombe signed off another win in E3, at the expense of McCanney and Anthony Geslin.

In the Juniors the title appeared to belong to Andrea Verona from the start of the season as the flawless Italian rider dominated the first 5 Grand Prix of the year. Winning 9 out of 10 days of racing so far, the youngster kept the competitive Junior class at bay in all conditions and over all terrains. A little like his compatriot, Matteo Cavallo, did in 2018, Verona has proven that he will be a star of the future.

Theo Espinasse saw the victory pass him by as he crashed in the last Maxxis Cross test of the day. Disappointed to miss out, Espinasse promises to win one by the end of 2019!

Although the Frenchman will have to fight with Enric Francisco, who has only one goal for the remainder of the season; to defeat "The Shark‰Û 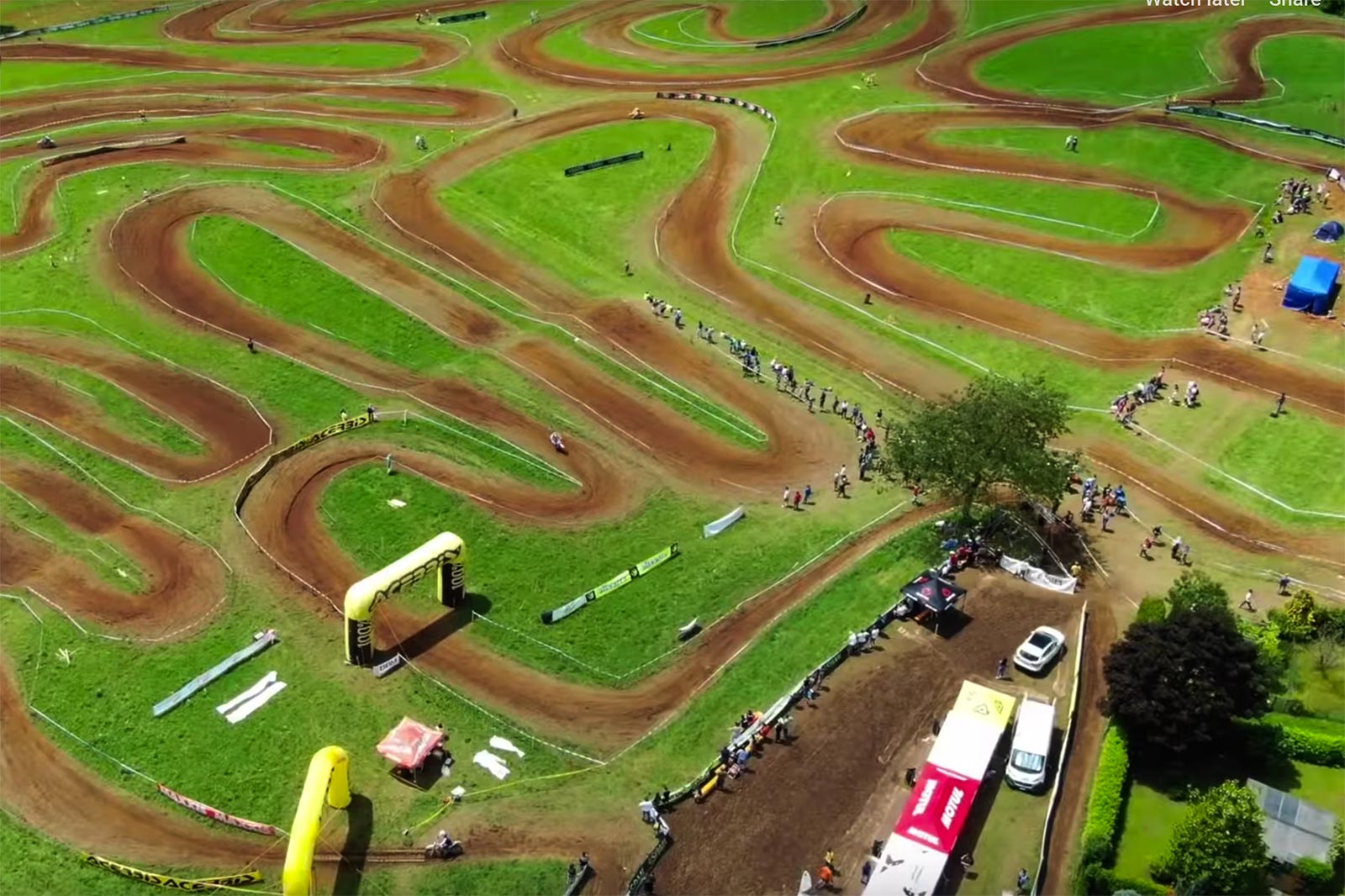