Alex Salvini Stamps His Authority In Portugal With Another Double 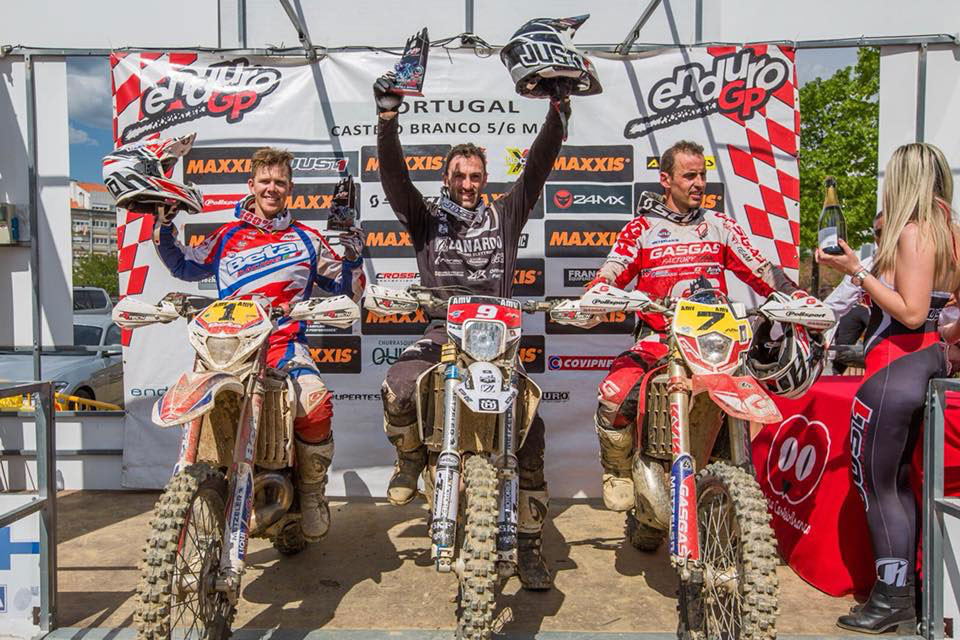 The EnduroGP Podium
JET Racing rider Alex Salvini got his weekend off to a great start on Friday evening at the Polisport Grand Prix of Portugal's Akrapovic Super Test and ended it on a high this afternoon in Castelo Branco on this very same Super Test course, giving us a dramatic finale full of emotions.

Indeed it was the first time that the Super Test (a short and technical special where the riders run head-to-head) was organised as the final special test of a Grand Prix... and the idea paid off on all levels with a big crowd who came to enjoy the fight in the city center - a grand finale of a day disputed in the heat and dust of Portugal's tests.

But before reaching this final decisive special test, the riders had to draw on their reserves to overcome to get through the last day of this Iberian tour. And as is often the case in such tough circumstances, the retirement list was a long one; Honda's Mathias Bellino who had to give up mid-way through the race because of a painful hand, despite his excellent result yesterday. Victor Guerrero broke his rear wheel, and local riders Luis Oliveira and Diogo Ventura, who had a knee injury. There were also DNFs for Finns Aitta and Leino and Suzuki Lunigiana rider Manuel Monni.


As was the case yesterday, the top riders of EnduroGP started the race on a very high level, led by Christophe Nambotin and Steve Holcombe - who was seeking to make amends after his "average‰Û 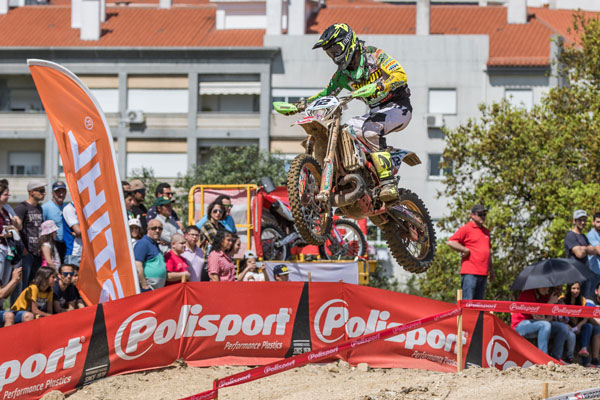 Brad Freeman
The two factory Yamaha riders Jamie McCanney (GB) and LoÌøc Larrieu (F) finished in the 6th and 7th place, ahead of Christophe Charlier (F - Beta) and Danny McCanney (GB - Gas Gas). And it was Thomas Oldrati (I - Honda Red Moto) who completed the Top 10. We also have to give mention to the good points taken in EGP by Birthday boy, Anthony Geslin and his compatriot Romain Dumontier who even finished ahead of Australian Matthew Phillips who suffered a huge crash in the last Super Test.

Alex Salvini, Eero Remes, and LoÌøc Larrieu filled the E2 podium, ahead of Christophe Charlier who took his best result of the season, and Thomas Oldrati (5th in E2).

Brad Freeman brought splendid success to Beta Boano in E1, his first victory in a Senior class, ahead of his compatriot Jamie McCanney and Gas Gas riders Antoine Basset (F) and Eemil Pohjola (3rd and 4th).

Steve Holcombe responded today to Christophe Nambotin in E3, and Danny McCanney took another valuable 3rd place in the class in front of the consistent Anthony Geslin and Romain Dumontier.

This incredibly close racing in the EnduroGP class somewhat overshadowed the great battle which took place in the Junior class. Despite the close margins on the tests, Matteo Cavallo was once again untouchable in Castelo Branco. Jarno Boano's protege put all his opponents to shame today.

He was also the winner in J2 ahead of Italian Davide Soreca, Enric Fransisco, Joe Wooton and Tosha Schareina who completed the Top 5 just in front of Brittany's David Abgrall.

Andrea Verona made a mistake today, after leading the first part of the race, but the young star still finished 3rd. But it was one of Ivan Crevantes' RFME (Spanish Federation) riders, Kirian Mirabet, who proved to be fastest in the J1 category, 10 seconds ahead of the very promising Belgian Antoine Magin - who after a year of learning is now reaping the fruits of his labour with this podium finish. This victory and subsequent joy from Mirabet, who was injured last year, was nice to see. Leo Le Quere seems to have completed his apprenticeship in the category and he took a very good 4th place, placing him just in front of the promising Brazilian rider Bruno Crivilin, who has long had his sights set on the podium.

The EnduroGP paddock will now be able to take a well-deserved rest for both man and machine after this gruelling Iberian tour which offered us all possible scenarios in very different race conditions from one day to another. There were also some surprises to take away; Steve Holcombe was not as dominant as expected, and Alex Salvini now stands out with total confidence after this tour, which also saw strong performances from McCanney and Freeman, and also confirmed the experience and strength of Eero Remes, who is always at the front.