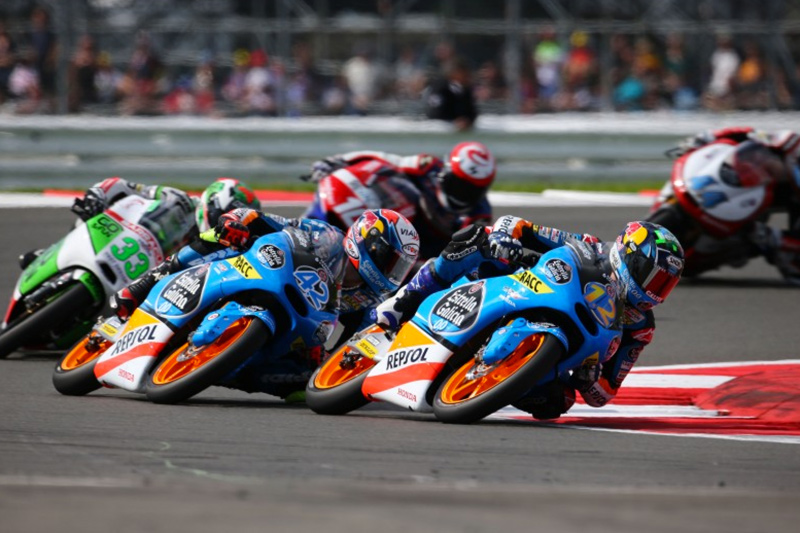 Honda‰Ûªs new NSF250RW has played a leading role in the excitement, with four of the six Honda riders taking five wins between them so far.

Three of those riders are in the championship top four; the fourth lies sixth overall.

The title fight is a battle royal: and the leader of the Honda pack is Alex Marquez, younger brother of Marc, with two victories putting him only 13 points behind series leader Jack Miller (KTM).

His Estrella Galicia 0,0 Honda team-mate Alex Rins moved to third overall with his first win at the last round at Silverstone, and still has Miller in sight.

‰ÛÏLast year I came third in San Marino and I remember that, whilst during practice it took a while to set the bike up, ultimately the evaluation of the Grand Prix was positive." Marquez reflected. "Misano is not one of my favourite tracks, but it suits me fairly well.

"What is certain is that it will be a weekend of hard work. At Silverstone we had a bit of an advantage with the Honda, but at this track I think the times are going to be very tight ‰ÛÒbecause there are places where acceleration is important, at which we will be very close to the KTMs. We go to Misano after a private test at Motorland AragÌ_n last week, which helped us to try out different settings for the Honda which we think may be useful for this Grand Prix.‰Û